More than 100 GOP House members and a dozen senators say they will object the count. 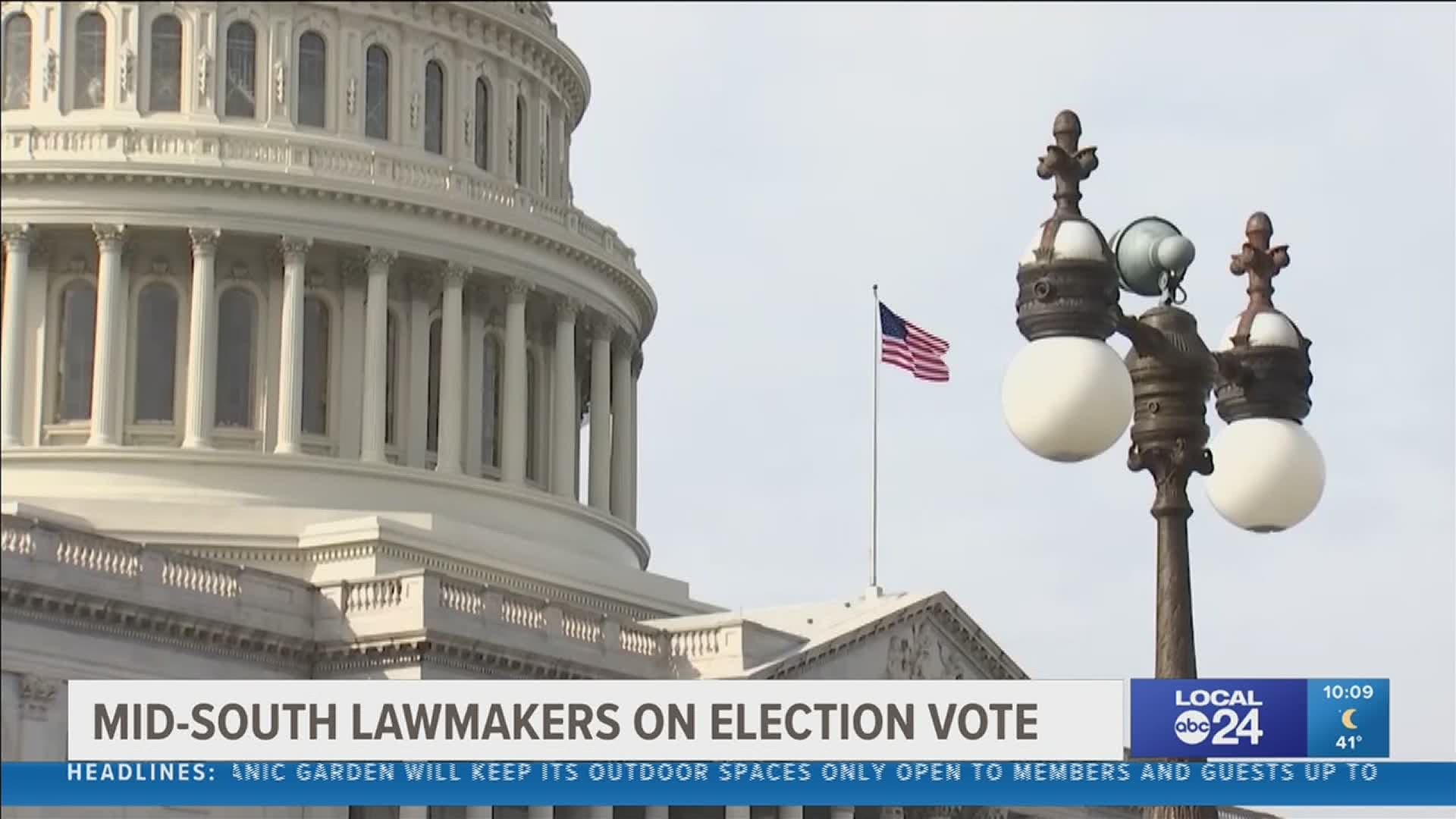 MEMPHIS, Tenn — A majority of Congress and a dozen senators will be joining President Trump's efforts to dispute the results of the presidential election denying the votes of millions of Americans.

When Congress meets Wednesday to formally announce the results of the Electoral College, it's going to be met with drama from some Republicans who claim the election was fraudulent despite no evidence of that.

Daniel Kiel, a constitutional law professor at the University of Memphis said what is normally a quick ceremony confirming the Electoral College may take a lot longer this year than it usually does.

"This is just a process where Congress comes together to count the votes, but to the extent that there will be any sort of congressional action taken is that it would have to follow some type of formal objection by people in the Congress," Kiel said.

He said this "official count" isn't going to stop President-elect Joe Biden from being sworn in at the end of January.

"The election has occurred, it’s been certified in the various states and there’s really no question about whether or not President-elect Biden has received enough electoral votes," Kiel said.

Among the 140 GOP House members challenging the count are Rep. Trent Kelly of northern Mississippi and Rep. Rick Crawford of eastern Arkansas.

Rep. David Kustoff of western Tennessee said he will release a statement on Wednesday. Tennessee Senators Marsha Blackburn and Bill Hagerty said they will object to the results.

Memphis Rep. Steve Cohen worries this will affect Biden's relationships with some members of Congress.

"It’s going to make it much more difficult for him to have any relationship with Republicans who just want to enable themselves to go further into politics and not to benefit the country," Cohen said.

Cohen predicts this will create a mistrust based on a false narrative of election fraud with the Biden administration.

"It’s really dangerous to democracy," Cohen said. "It’s dangerous to the next president Joe Biden’s success because some people will question his legitimacy."

Kiel agrees this could affect the tone going into this new presidency.

"This is really just an effort to delegitimize his presidency from the outset that really has no basis in law, in prior practice, and in our history," Kiel said.

One senator and Trump supporter who said he will not object on Wednesday is Arkansas Sen. Tom Cotton. The president attacked Cotton on Twitter warning that "Republican voters will never forget."

How can you certify an election when the numbers being certified are verifiably WRONG. You will see the real numbers tonight during my speech, but especially on JANUARY 6th. @SenTomCotton Republicans have pluses & minuses, but one thing is sure, THEY NEVER FORGET!