Conchita Coffey was dropping off Christmas wishes for Santa and the postal worker who received it decided to make the wishes a reality. 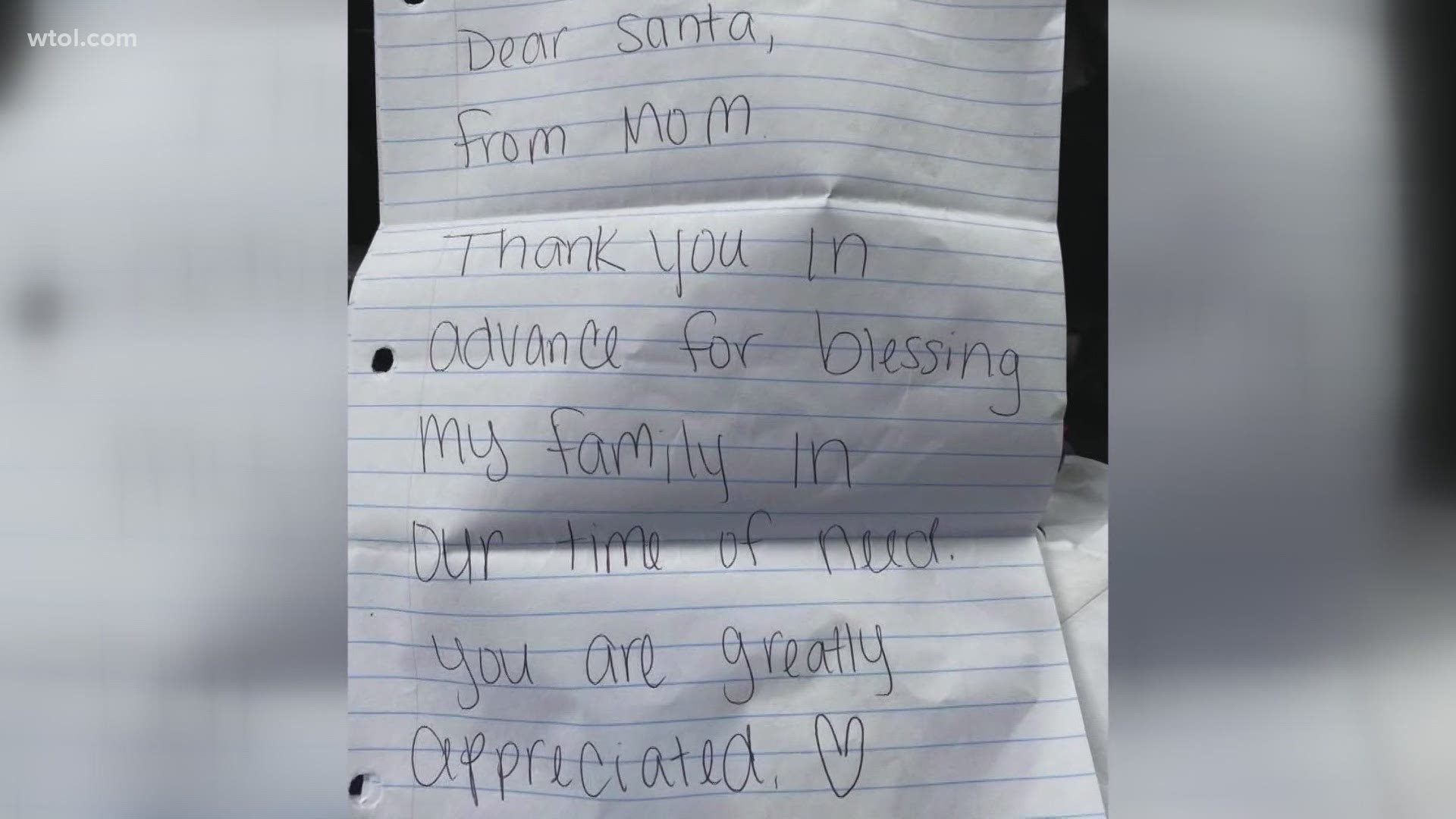 When postal worker Rachelle Roy was handed a letter with a local family's wishes, she rallied some co-workers to make sure they checked off the entire list as a Christmas surprise.

Conchita Coffey and her family were surprised with USPS workers bringing in handfuls of Christmas presents after what's been a rough year for the family.

"We wrote a letter to Santa Claus not really expecting anything, it's just something we do every year. This year instead of putting it in the mailbox, we were driving down Detroit and we saw a mail lady with a Santa Claus hat on and the kids were like 'well, she works for Santa, so we've got to give it to her,'" Coffey said.

Little did Coffey know, the family's letters landed in the right hands.

"Knowing who Santa is and knowing he needed a little help, I decided to open the letter and I read the letter," Roy said.

Coffey's letter touched her, because she didn't ask for anything, simply saying "Thank you in advance for blessing our family in our time of need."

So, Roy and some friends at the post office got to fundraising, and then shopping and were able to get everything on the children's wish lists, from shoes and clothes to toys.

"She and I have been in this neighborhood for over 15 years, there aren't too many streets here we don't know, so we are constantly seeing families that are in need, that needs a little help," Roy said.

As for how Coffey and Roy ended up meeting that day on Detroit Ave. when she dropped off the letter, some might call it Christmas magic.

But both of them say it was God knowing their paths needed to cross to give these kids an unforgettable Christmas.