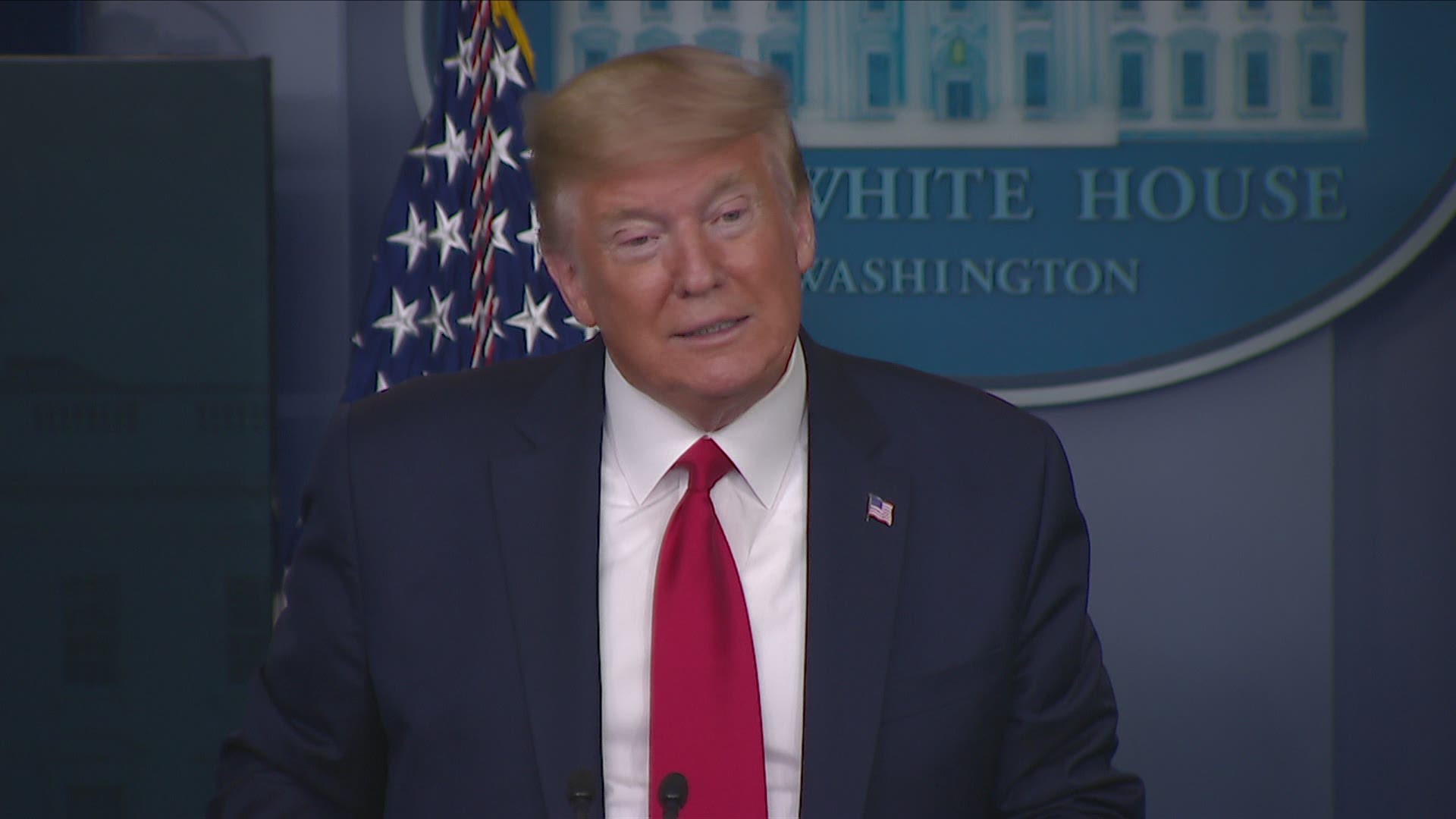 People in Tennessee and Kentucky watching President Donald Trump's Wednesday COVID-19 press briefing likely had their ears perk up after the Tennessee Valley Authority was suddenly brought up.

The briefing shifted gears from the pandemic when a reporter with the New York Post asked the president his thoughts on the current TVA CEO's salary, claiming he was paid more than $8.1 million last year and wondering if the president was considering reducing his salary.

The president did not hold back, suggesting "it's ridiculous" and that he is looking into reducing the salary "by a lot" as part of a proposed infrastructure bill, remarking that the TVA CEO "has to be the highest-paid man in any government."

"Attacking TVA doesn’t do one thing to solve the pandemic and has no place in federal COVID-19 response legislation. TVA does not receive one dollar in federal taxpayer subsidies or federal appropriations. To help families pay their electric bills and keep their power on during this crisis, TVA has made $1 billion in credit available to help 154 local electric utilities in seven states," Sen. Lamar Alexander said. "White House staff is, unfortunately, spreading inaccurate information. When this crisis is over, I’ll be glad to explain to them the facts about the TVA CEO’s pay, which is lower than other big utilities, and TVA’s rates, which are among the lowest in the country, and the number of federal taxpayer dollars going to TVA, which is zero.”

To verify the accuracy of the salary claims, we looked at TVA's most recent 2019 U.S. Securities and Exchange Commission filings, which report executive salaries.

The way the nation's largest federal utility provider pays its top executive officers is complex. Total compensation numbers reported to the SEC are not just base annual salaries — they describe a mix of direct and indirect forms of compensation which include performance incentives, long-term retention incentives paid out over 3-year periods, retirement and other compensation set by the TVA Board to keep its executives from leaving for positions at other companies.

The TVA said it provides those extra incentives as part of long-term strategic objectives and to help improve its long-term success. These incentives are calculated cumulatively over three-year periods which vary depending on achievements and how utility service goals are met, as determined by the TVA Board.

In April 2019, the TVA brought a new CEO on board, Jeff Lyash, after former CEO Bill Johnson announced his retirement after nearly 7 years. Johnson, who now is at Pacific Gas & Electric in California, was still on the payroll for a month in 2019 until he left.

The $8.1 million figure cited by the New York Post reporter was from the recently-hired CEO Lyash. He was compensated nearly $8.16 million in total, according to TVA's 2019 annual filing with the U.S. Securities and Exchange Commission.

However, Lyash's true annual base salary at the moment is $920,000, before accounting for incentives, compared to former CEO Johnson's $1.15 million annual base salary. Lyash ended up actually earning around $445,000 of that salary because he didn't serve as CEO for the full year.

So where is the rest of that $8.16 million figure coming from? The majority comes from Lyash's accumulated retirement benefit earnings that were reported to the SEC: $5.97 million. It includes 10 years of credited retirement benefits he received as part of his contract, but he stands to lose 5 to 10 years of those credited benefits if he does not also serve at least five years as TVA's CEO.

Former TVA CEO Bill Johnson earned a total of more than $6,900,000 in 2019, considering all forms of compensation. A portion of his base salary made up a fraction of that number, at nearly $670,000. The rest came from nearly $3.9 million in prorated long-term incentive and performance benefits that were paid out after a three-year period from 2017-2019, as well as more than $2.1 million in executive retirement and pension benefits.

The TVA has been under federal ownership since 1933, and its nine-member board of directors are each nominated for 5-year terms by the U.S. President and confirmed by Congress. Despite being owned by the federal government, TVA still operates in the same way as a private organization and does not receive taxpayer dollars. Almost all of its revenue from electricity sales.

President Trump has suggested in the past that federal ownership of the TVA results in 'sub-optimal investment decisions,' and at one point in 2018 suggested selling and privatizing the TVA's transmission assets as part of another infrastructure proposal.

"TVA’s mission of service requires that we attract and retain highly skilled individuals in a specialized industry. Although a federal corporation, TVA receives no federal funding for its operations. All funds are generated through wholesale sale of electricity. TVA employees do not receive federal health or retirement benefits. Benchmarking other utility peers who are competing for the same talent is the only method available to create a competitive compensation system, the statement reads.

"TVA’s CEO total compensation is in the bottom 25% of utility peers as confirmed by independent auditors and approved annually by the TVA Board of Directors. Unlike most federal agencies, TVA complies with Securities and Exchange Commission requirements, posting detailed annual reports that include total compensation of TVA’s senior executives. SEC regulations require TVA to note deferred compensation, such as accrued retirement, each year as part of our annual 10-K report.