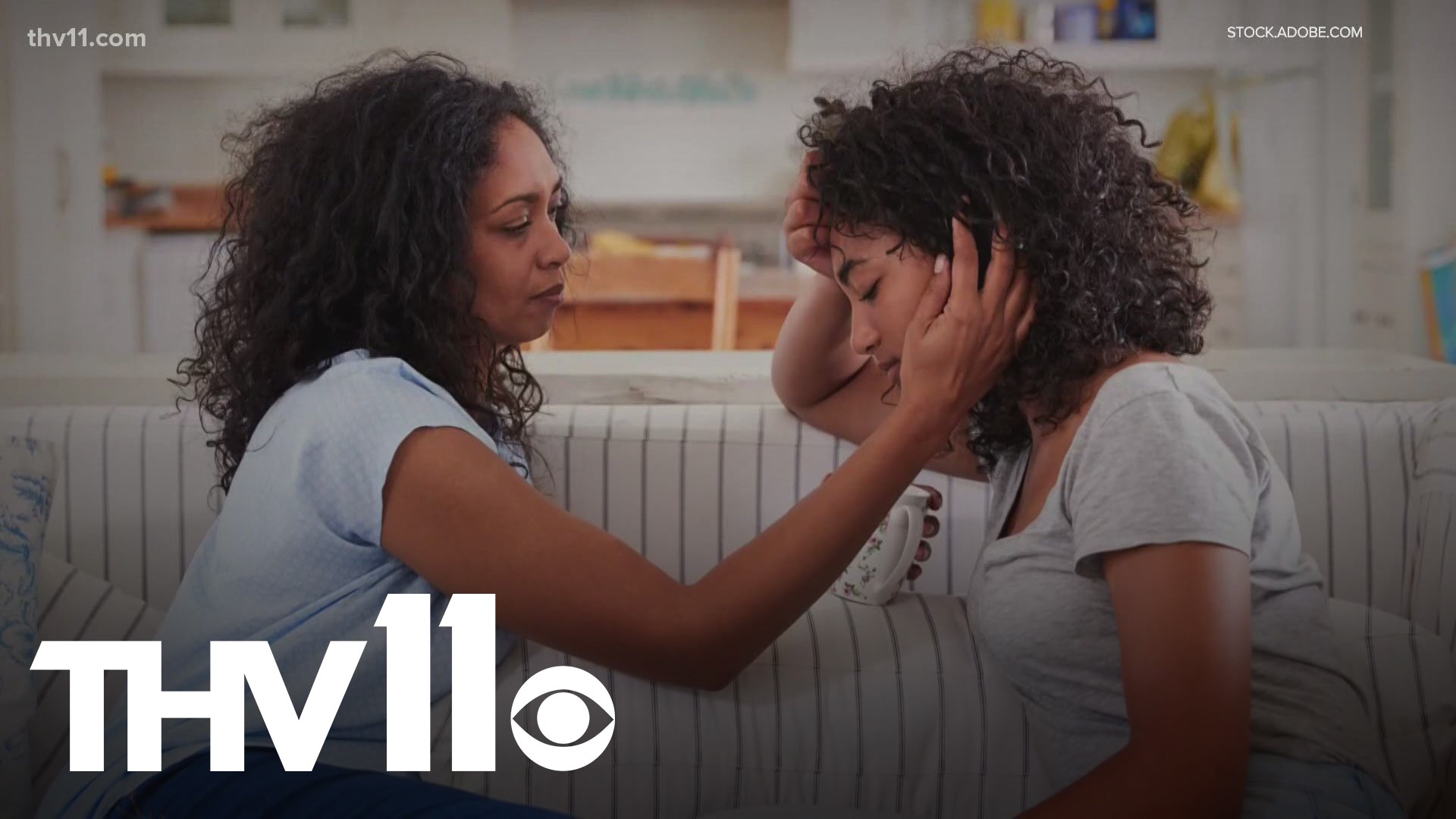 More and more are filling up appointment times with professionals.

"I often tell people that when you go to therapy expect that it's going to be some work. It's not going to be like TV where you lay down on the couch and then all of sudden somebody says some words and you get up and you say 'oh I'm better," said Dr. Tiffany Haynes, with the College of Public Health at UAMS.

She says there was silence in the Black community about mental health for a very long time.

Haynes says you can look at what was a lack of access for quality mental health providers and services through a historical view to see why there's been a gap.

"Now we've seen a shift. It's kind of blown up in the last three or four years. We're having more conversations and I think where we are now is that we're open to saying Black mental health is an issue in our community. The progress is when we go 'I may need some help,'" said Haynes.

TEASE: We’re talking how Black Mental Health is less of a stigma because of the progress to seek help at 5 & 6 on @THV11 pic.twitter.com/nFpkWDWxiX

Sharita Bilson is the CEO of Grace Place Therapy, LLC.

"I recognize that as a Black person we need safe places to share our truths. It really does help to know that I can trust a person who actually looks like me," said Bilson.

For her, she's always wanted for mental health to be easily accessible to the Black community.

This is why she created the Black Therapy Project - Arkansas fund.

"So the Black therapy fund was birthed after George Floyd's death. The Black community has experienced such an enormous amount of trauma so I just felt like that's not one more that we need to worry about as it pertains to taking care of us," said Bilson.

Dr. Khiela Holmes is a clinical psychologist and a part of the Arkansas Association of Black Psychology Professionals.

She says getting professional help looks like a confidential space where you can be honest to get the right help you need.

"Like what are you working towards and even if you don't have the answers to that, you might say 'I don't know, I don't know' they can expect that person to work with them and come along side them to kind of help them get to a place of peace," said Dr. Holmes.