The bill would prohibit transgender athletes from playing in girls' and women's sports teams at schools. 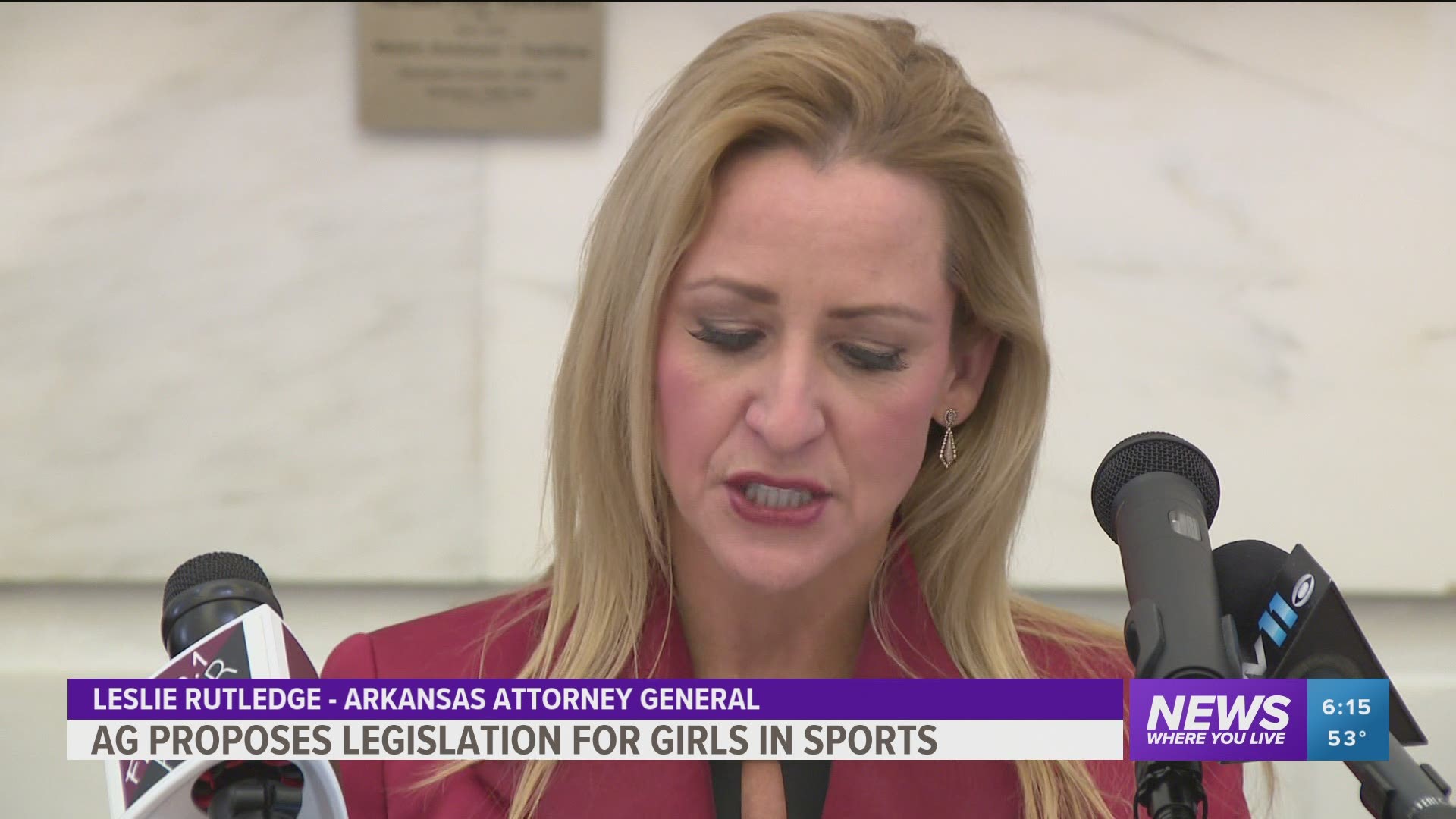 Attorney General Leslie Rutledge on Monday said she wasn't aware of any instances of transgender athletes playing on school sports teams, but called the legislation a preemptive effort in response to an executive order President Joe Biden signed that prohibited discrimination based on gender identity in school sports and elsewhere.

Similar legislation has been introduced in at least 20 states so far this year.

A similar measure was approved in Idaho but blocked by a court.