Many legislators who work in the building are putting their faith in police to protect them, while others said they don't feel threatened at all. 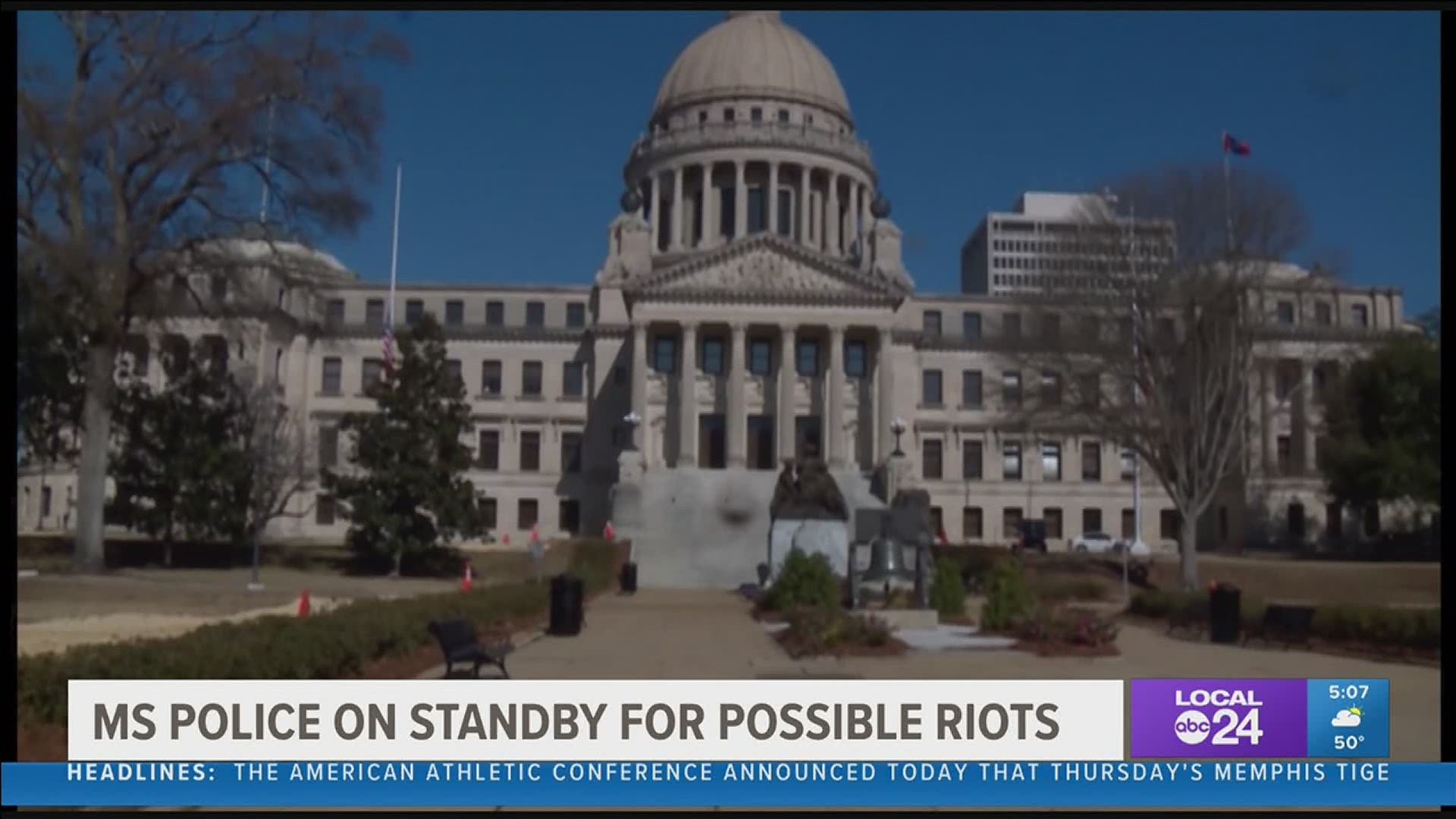 JACKSON, Miss — After the FBI warned of armed protests being planned at all 50 state capitols, authorities in Mississippi are taking steps to secure the state's capitol.

Mississippi's Office of Capitol Police in Jackson said it's aware of the situation but won't say how it is specifically preparing. A notable increase in the police presence around the capitol has been reported.

Many legislators who work in the building are putting their faith in police to protect them, while others said they don't feel threatened at all.

“I don't foresee them coming here. I am not afraid, to be honest with you,” said St. Rep Chris Bell (D - Hinds).

"When you invite somebody to come to a rally or come to a protest, you're not asking them to commit a crime or commit violence against anybody,” said St. Rep. Dana Criswell (R – Desoto).

Governor Tate Reeves said he is confident officials will be able to keep the building safe if anything happens.

About the Capitol | MISSISSIPPI LEGISLATURE
Skip to the content UPDATE FOR OUR VISITORS As a precautionary measure to ensure the safety of our citizens and visitors, all Guided Tours remain suspended and the gift shop closed. The building is open Monday - Friday, 8 a.m. - 5 p.m., should you wish to visit.