Cody Fox and his 9-month-old daughter Ariana were among 10 people killed in an accident in Butler County, Alabama. 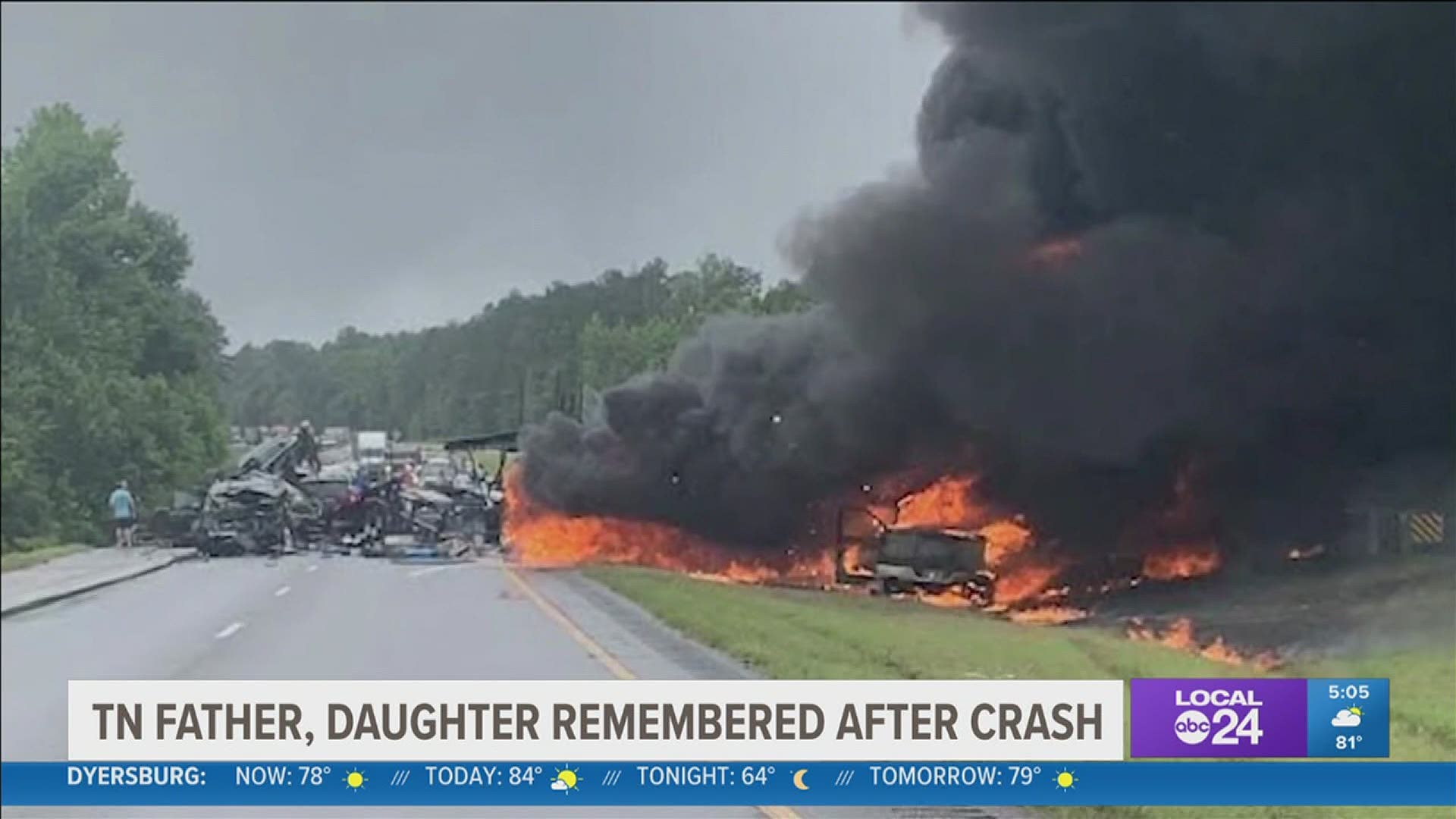 MARION COUNTY, Tenn — A family has been left fatherless, and Marion County lost a big community man this past Saturday.

Cody Fox and his 9-month-old daughter Ariana were among 10 people killed in a car accident in Butler County, Alabama, according to county coroner Wayne Garlock.

The crash involved at least 18 vehicles, and authorities say a car may have hydroplaned on slick roads during Tropical Storm Claudette's rains, causing the fiery accident.

"He was such a nice young man and he was a good father and a good person," Marion County EMA Director Steve Lamb. "I'm still at a loss for words."

The tub business wasn't his only job, though.

"You know we're all volunteers out here," Lamb said.

Fox volunteered at the Marion County EMA and the South Pittsburg Fire Department.

"He was always there. He was instrumental, he helped keep my equipment up and running," Lamb said.

Friends and family of Fox that we spoke to all talked about how upbeat and positive he was.

There aren't any words on funeral plans just yet but we will be sure to keep you updated.

Fox is survived by his fiancée Hayle Anderson and her son. The South Pittsburg Mountain Volunteer Fire Department said Sunday that Hayle was still in the ICU. There's a GoFundMe campaign raising money for the family if you'd like to donate.

The crash also claimed the lives of eight children in a van from Tallapoosa County Girls Ranch, a youth home for abused or neglected children.