U.S. Attorney's Office of Middle Tennessee says FBI agents have been searching the homes and offices of state lawmakers. 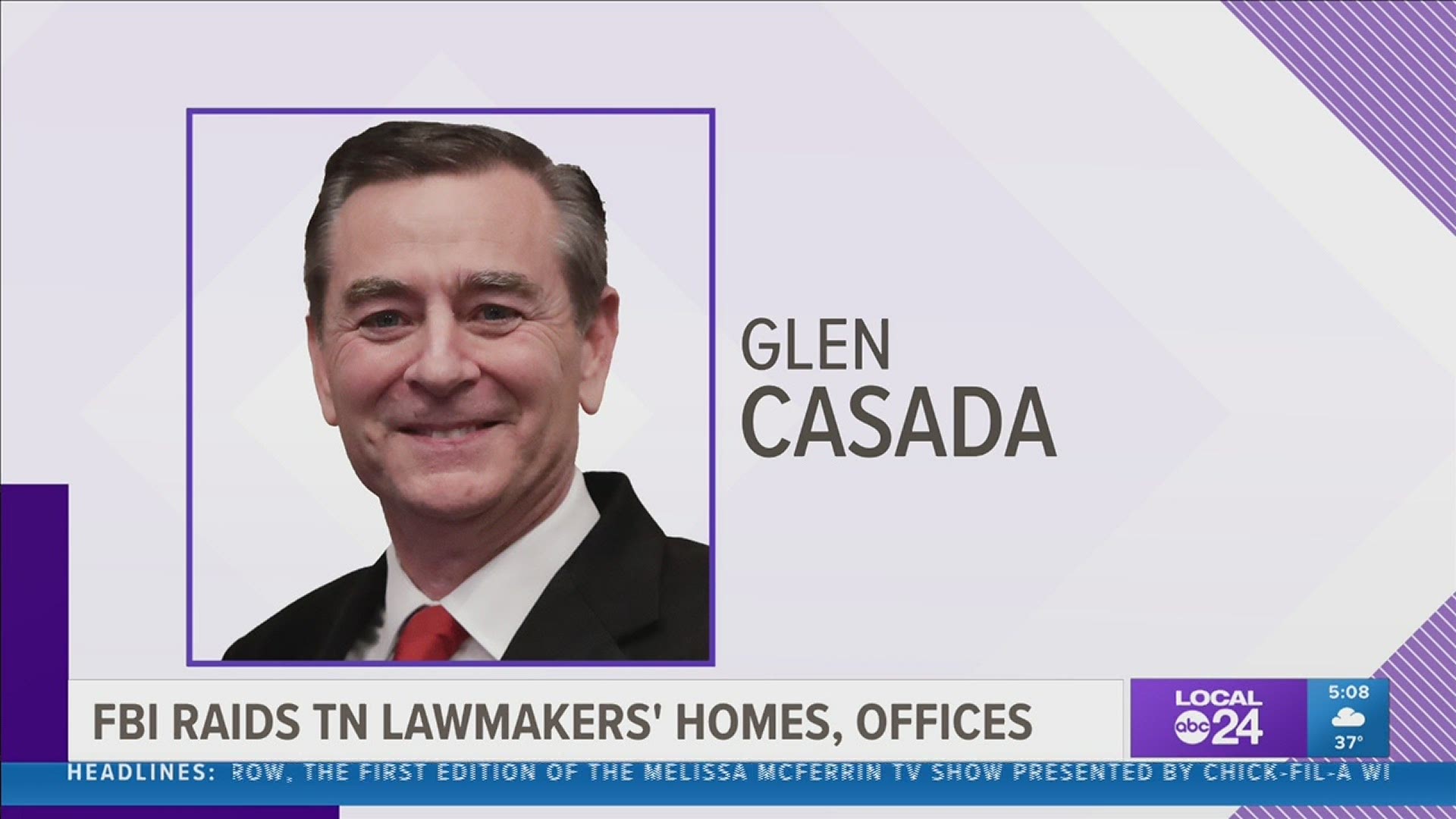 Boling declined to provide any further information regarding the nature of the searches and how many lawmakers were involved.

A spokesman for the FBI referred all questions to the U.S. Attorney’s Office.
Republican Gov. Bill Lee told reporters Friday that he had spoken to Sexton, a Republican from Crossville, about the searches, describing them as “FBI raids.”
“It’s certainly very concerning. I know very little about that. There’s been no FBI outreach to us,” Lee said. “But I have confidence that Speaker Sexton is on top of the situation and we’ll learn more as this unfolds.”

Sexton later told reporters that he was in “full cooperation” with law enforcement authorities, adding that he had been made aware of an ongoing investigation into several lawmakers since taking over the top leadership seat in mid-2019. He declined to provide details about the nature of the investigation.

“I think this day is a sad day for Tennessee and the General Assembly,” Sexton said. “As we move forward, friends and colleagues, I’m not going to sit here and hypothesize about what is or what isn’t based on past actions. I’m just here merely talking about the actions of today and how we’ve been cooperating and we’re asking the rest of our colleagues and members to do the same.”

The House speaker later said there was no ethics investigation currently launched against the lawmakers whose offices had been raided by the FBI.
In addition, the Republican said he had placed three staffers who were also subject to Friday's search on paid administrative leave.

Casada, a Republican from Franklin, resigned from the top leadership post in 2019 after revelations he exchanged sexually explicit text messages about women with Cothren — his former chief of staff — years ago.

Other controversies included Cothren's cocaine use at a legislative office years ago and allegations of doctoring emails to frame a young black activist - which Casada and Cothren both denied.

There were also claims of vote-buying attempts on a key education voucher bill arose, which he has firmly denied.

Speaker Cameron Sexton’s released this statement on events at the Cordell Hull Building: “Since becoming Speaker, I have been contacted by federal authorities regarding an ongoing investigation related to the former speaker’s office. I have been, and I will continue to be in full cooperation with the authorities as their investigation continues. On the advice of both Ethics and Legal Counsel, I am placing everyone that was subject to the execution of today’s search warrants on administrative leave until further notice.”