State officials voted Thursday to remove a bust of the Confederate general and early Ku Klux Klan leader from the Tennessee Capitol. 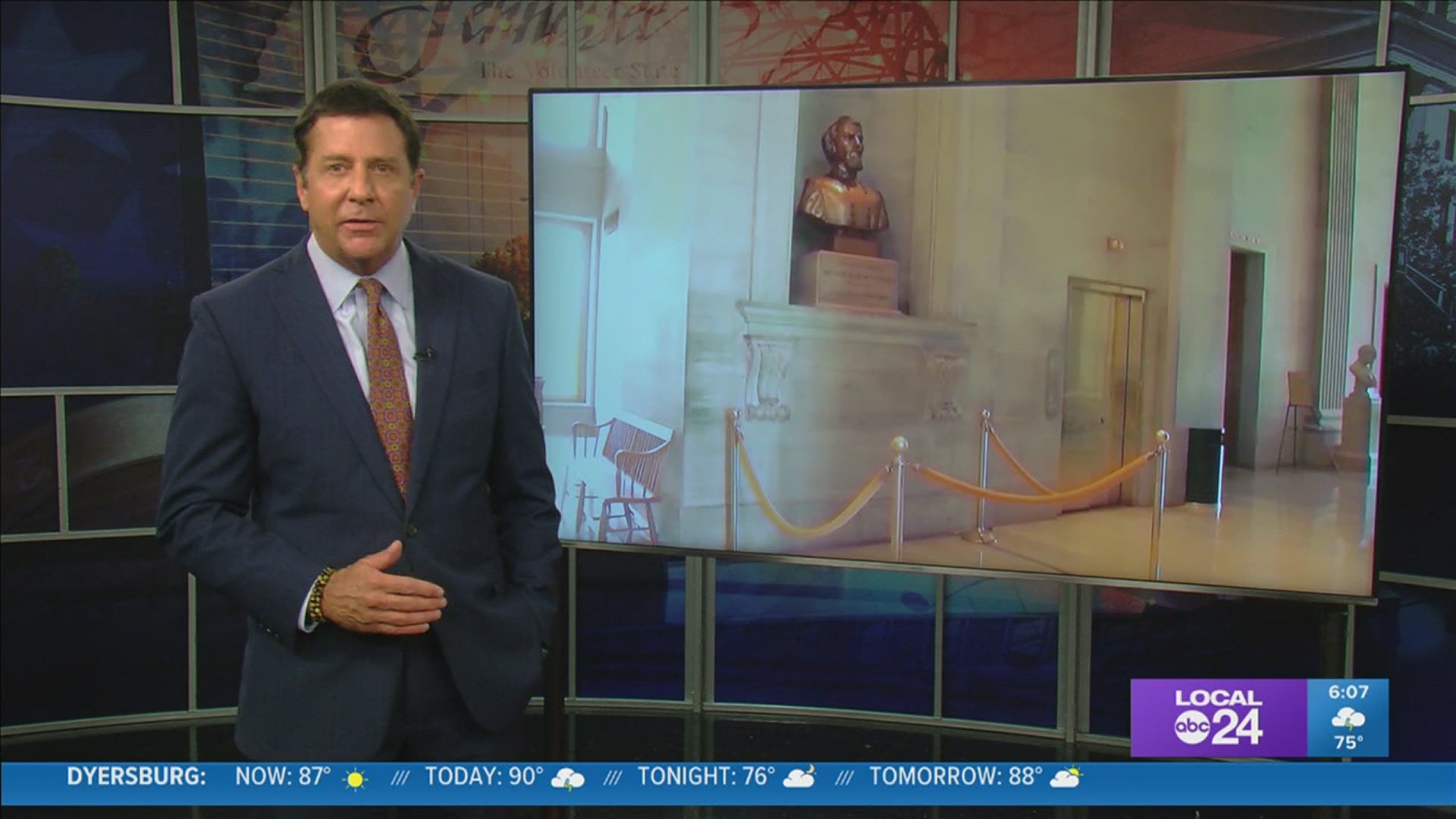 NASHVILLE, Tenn — A decades-long effort to remove a bust of a Confederate general and early Ku Klux Klan leader from the Tennessee Capitol has cleared its final hurdle.

State leaders on Thursday approved the final vote needed to allow the statue to come down over the next few days.

The seven-member State Building Commission voted 5-2 to remove the Nathan Bedford Forrest bust as well as the busts of two other Tennessee military leaders.

The Forrest bust was first installed at the Capitol in 1978 and has sparked protests and demonstrations ever since.

Earlier this year, Tennessee's Historical Commission voted 25-1 to move the three busts just north of the Capitol building to the state's museum, noting it was better equipped to furnish the appropriate historical context.

Credit: AP
Workers prepare scaffolding in front of a bust of Confederate general and early Ku Klux Klan leader Nathan Bedford Forrest at the State Capitol, Thursday, July 22, 2021, in Nashville, Tenn. A decades-long effort to remove the bust from the Tennessee Capitol cleared its final hurdle Thursday, with state leaders approving the final vote needed to allow the statue to be relocated to a museum. (AP Photo/Kimberlee Kruesi)

“There has only been one perfect person to walk on this earth – everyone else has fallen short. Our country was established by imperfect people who made a great country that stands for hope, opportunity, and liberty.

“Trying to judge past generations’ actions based on today’s values and the evolution of societies is not an exercise I am willing to do because I think it is counterproductive.

“It is much more productive to learn from our past and not repeat the imperfections of the past. Any attempt to erase the past only aligns society with the teaching of communism, which believes the present dominates the past.

“From the very beginning, the legislature has tried to follow the process and procedure in a respectful manner, and we did that today. Moving forward, the legislature will be working on revising current law to include a more significant voice of those elected.”

There has only been one perfect person to walk on this earth - everyone else has fallen short.

Our country was established by imperfect people who made a great country that stands for hope, opportunity, and liberty.

"We are appreciative that the building commission has done the right thing in removing the Nathan Bedford Forrest bust from it's position in the most powerful building on the land, the Tennessee state capitol.

While this move signifies a great first step in beginning to heal our divided state, we understand that this is a sensitive matter to some and a symbolic  victory to others. We also understand there is a bigger picture at stake and that is a Tennessee where all people feel welcomed and free to thrice and prosper.

Now let's get back to the business of improving access to health, quality education and putting money into the households of hard working Tennesseans."

“From the Fort Pillow massacre to roving lynch mobs, from Jim Crow to the assassination of MLK, Jr., it's time for us, as one people, to heal the wounds of the past.

Much like this bust symbolizes the pain and suffering of slavery and ?terror, removing the likeness of Nathan Bedford Forrest from a place of honor in Tennessee's Capitol is a symbol for much needed reconciliation.

No doubt we have work to do to achieve equality and justice for all people, but today's vote shows that progress is possible.

A debt of deep gratitude is due to the community leaders and protestors who for decades have spoken out against this icon of white supremacy.

But a great thanks is also due to Gov. Bill Lee and his office for recognizing the importance of this cause and seeing it through.”