MEMPHIS, Tenn. (SCDA News Release) – A Bartlett teen who stabbed his girlfriend to death last year and then informed her father by text message and others... 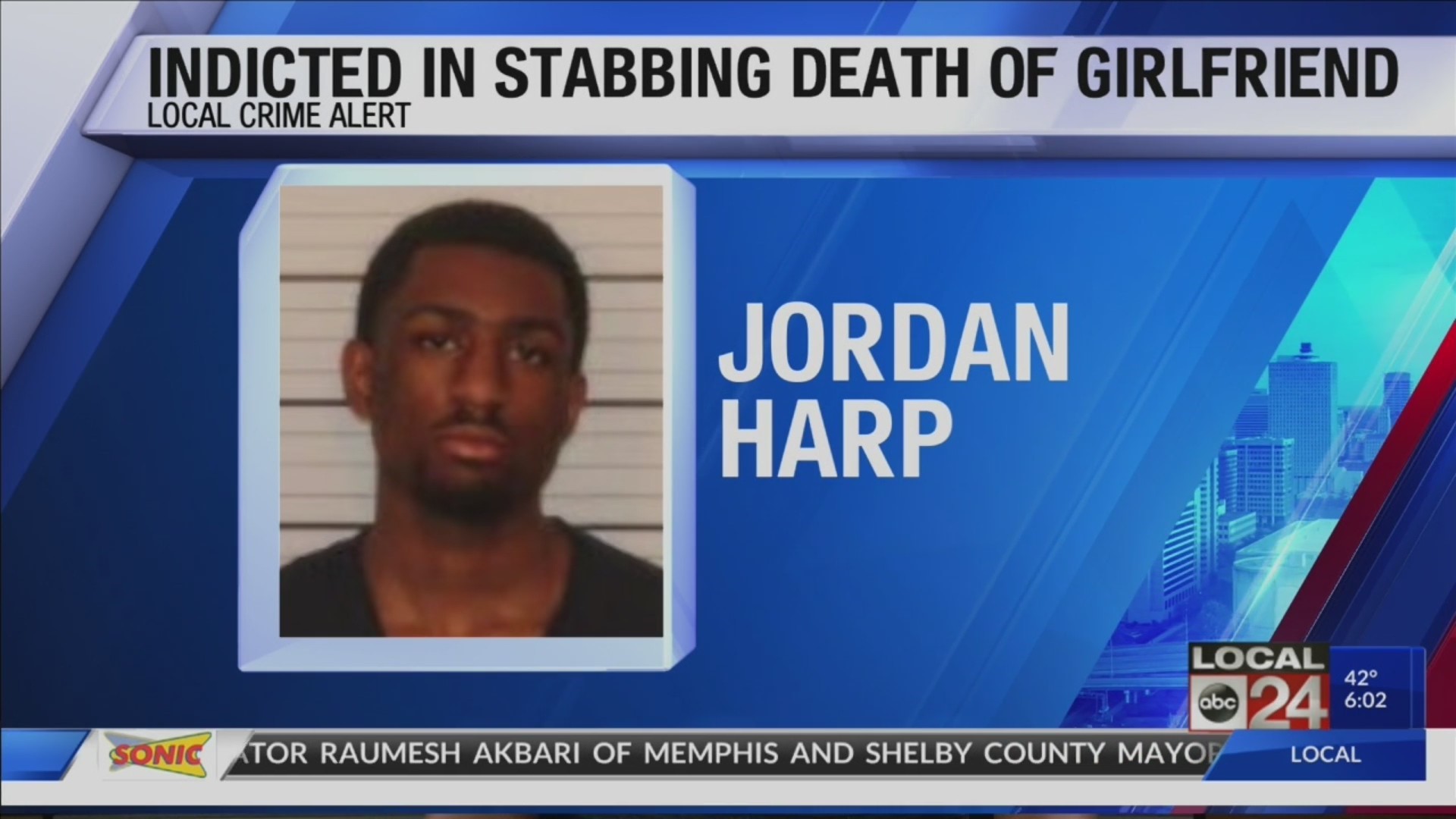 MEMPHIS, Tenn. (SCDA News Release) – A Bartlett teen who stabbed his girlfriend to death last year and then informed her father by text message and others on social media about what he had done was indicted Wednesday on first-degree murder charges.

A grand jury also indicted defendant Jordan Harp, 19, on a charge especially aggravated kidnapping. Harp is being held without bond.

The case began around 2 a.m. on July 12, 2019, when police began following Harps’ vehicle which was being driven erratically in the area around Germantown Parkway and Chimney Rock in Cordova. Officers lost sight of the vehicle, but after patrolling the area they located it in the 2000 block of Kings Cross Lane.

The vehicle was abandoned, but officers saw blood on a pair of flip flops and on a large knife in the vehicle. They then followed a trail of blood to a nearby residence where they found the body of 18-year-old Alaysha Lockett face down in a garage. She had been stabbed in the neck and was pronounced dead by paramedics.

At around 3 a.m., the victim’s mother reported her daughter missing from their home nearby and said her boyfriend, Harp, had informed the victim’s father by text message that he had killed her. Officers went to Harp’s home in Bartlett where his brother said Harp had posted a message on Facebook that he had killed someone and that police were going to kill him.

Harp was later taken into custody walking in the 2800 block of Lanthorn Drive near U.S. 64 and Interstate 70.