MEMPHIS, Tenn. (localmemphis.com) — After the Memphis Thanksgiving dinner for the homeless was nearly cancelled, its new organizers are making progress putting ... 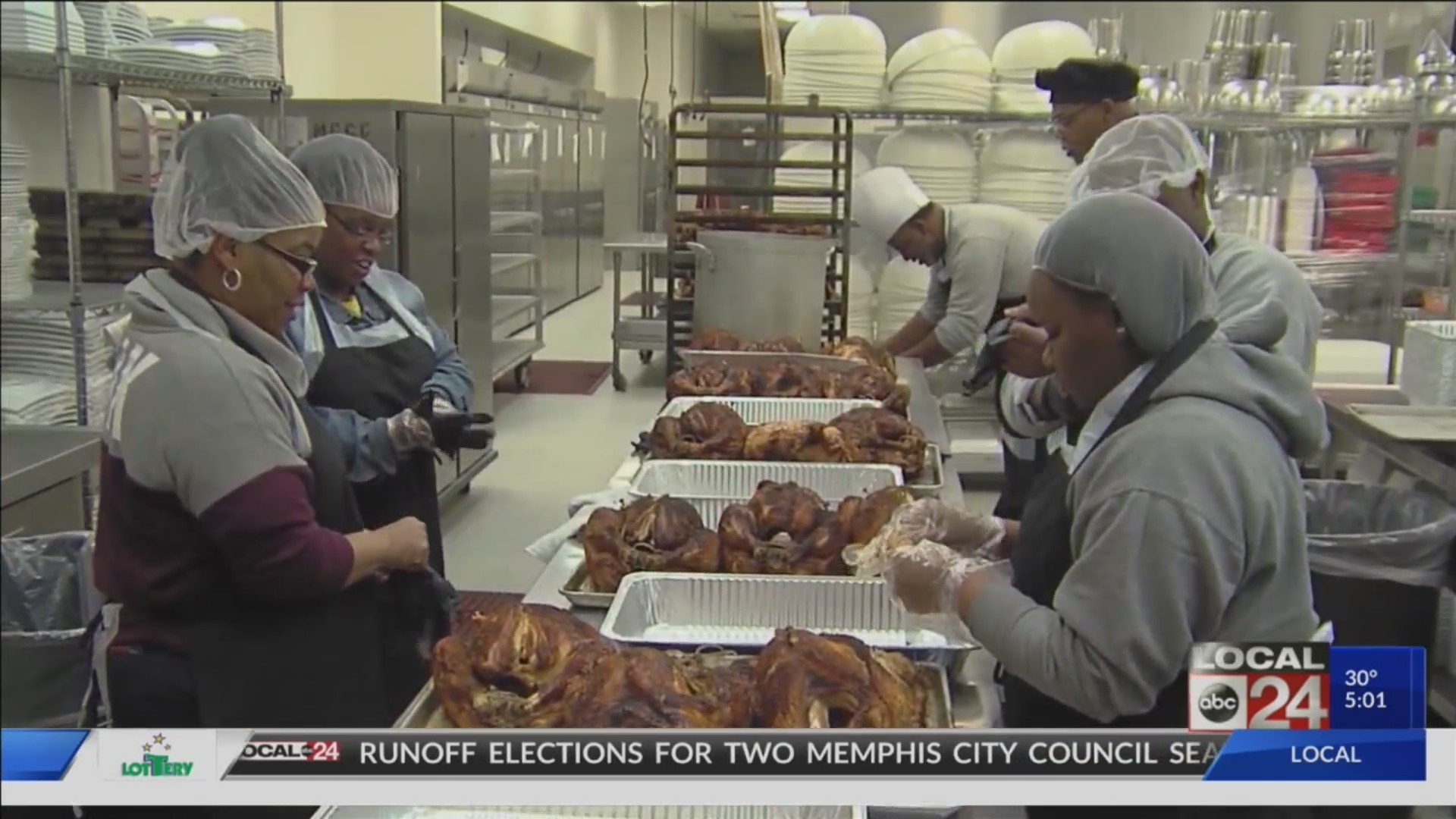 MEMPHIS, Tenn. (localmemphis.com) — After the Memphis Thanksgiving dinner for the homeless was nearly cancelled, its new organizers are making progress putting it back together.

This year’s meal is being rebranded as “memFEAST” and is beingorganized by chocolatier Phillip Ashley Rix and Brian Harris with the help ofmany local organizations and businesses.

Ashley Rix said within days of announcing they were taking over theThanksgiving meal, they were able to acquire nearly all the food they needed tofeed 1,000 people.

Union Row is donating 100 turkeys. Feed The Needy is donating 60 more. Bosco’s is taking care of the green beans and Nothing Bundt Cakes is donating all the pound cakes. Monogram Foods donated 50 pounds of Circle B sausage. Those were just a few of the examples Ashley Rix listed off.

All the food will be prepared at Mississippi Boulevard ChristianChurch and then transported to the dinner location at the Civic Center Plaza indowntown Memphis.

Ashley Rix said while most of the food is accounted for, the planningprogress is focused now on logistics of hosting the event.

They plan to set up tents at the plaza and play a movie.

They’re anticipating the meal to have the most food yet and add otherservices for people in need. There will be heath and dental clinics to “feed”people on multiple levels, Ashley Rix said.

“We didn’t want to just say, here’s a plate of food. See youlater.’ This is really a concerted effort to say, ‘look its thanksgiving thosewithout a home we want to make you feel at home during these several hours,’”Ashley Rix said.

Neighborhood Christian Centers has also teamed up to help withmemFEAST. With the cold weather already hitting the city, they’ll be making andproviding winter care packages for the guests.

Ephie Johnson, President and CEO of Neighborhood Christian Centers,says the center is still in need of donations of hats, gloves and socks. Shesaid they stepped up as soon as they heard the news that the dinner wasinitially cancelled.

“Where else to serve but when our city needs us. The homelessneed us. People that are in destitute situations need us. We want to respond tosituations like that as we can,” Johnson said. 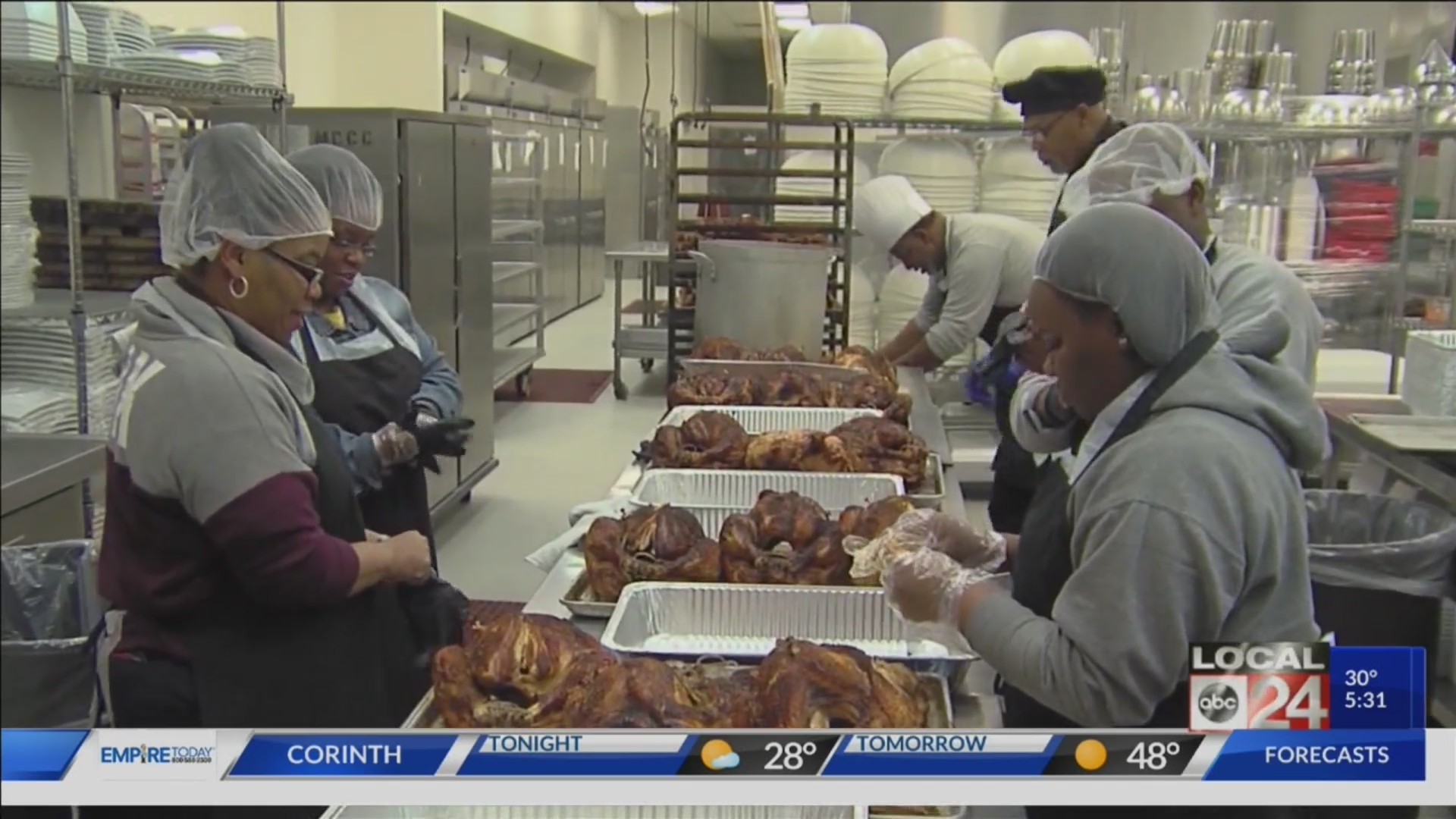 Currently, all of the volunteer positions have been filled. Ashley Rixsaid they were filled quickly and people are still reaching out asking how theycan help.

“This is one of the big things Memphis is known for. For all of the things that is said about the city, that the biggest thing, one of the main things, is that we have a heart for giving,” Ashley Rix said. Donations can be made online here.

Neighborhood Christian Centers is also looking for volunteers to helpthem put the care packages together on Nov. 20th from 5:30 to 7:30 p.m. attheir North Center location at 785 Jackson Ave.

Donations for hats, gloves and socks can be dropped off at that samelocation or at the Scott Street location.

More information can be found here.