9,000 homes and businesses without power after EF-1 tornado, cleanup underway

MEMPHIS, Tenn. (localmemphis.com) – Thousands are still in the dark after an EF-1 tornado ripped through southeast Memphis. At its worst, 43,000 people we... 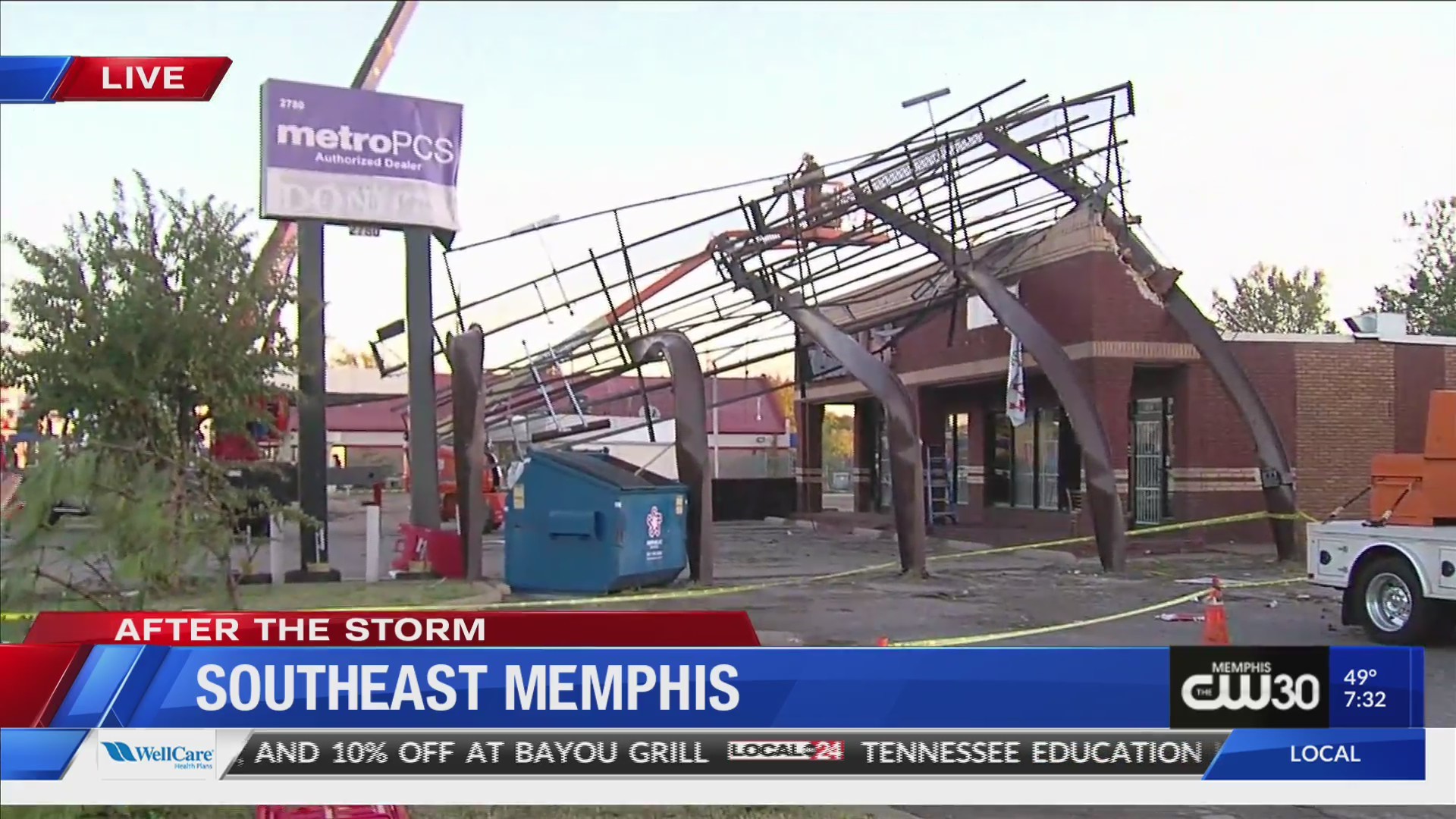 MEMPHIS, Tenn. (localmemphis.com) – Thousands are still in the dark after an EF-1tornado ripped through southeast Memphis.

At its worst, 43,000 people were without power after the tornado thathit Monday morning, according to MLGW.

Southeast Memphis was the hardest hit area of Shelby County. At thepeak of the storm, winds reached 105 mph.

Homes, businesses and vehicles were destroyed. Nearly 150 people weredisplaced after the Cottonwood Apartments were damaged.

Streetlights along Perkins Road were still out Tuesday morning.Officers were directing traffic at Perkins and American Way while alsopatrolling the damaged areas.

At least one crew arrived before sunrise to start the cleanup of thedamage. That crew could be seen working on a metal billboard that was bent overon the roof of a business.

Debris and damage near the intersection of Perkins Rd & American Way from an EF1 tornado. Down the street an apartment building had its roof torn off displacing 150 people. pic.twitter.com/aLViBzvgWW