Yes, the food pyramid was an updated version of the USDA’s first visual food guide released during World War II

USDA introduced the “Basic Seven” in 1943 to promote public nutrition education and to help people cope with limited supplies of certain foods during World War II. 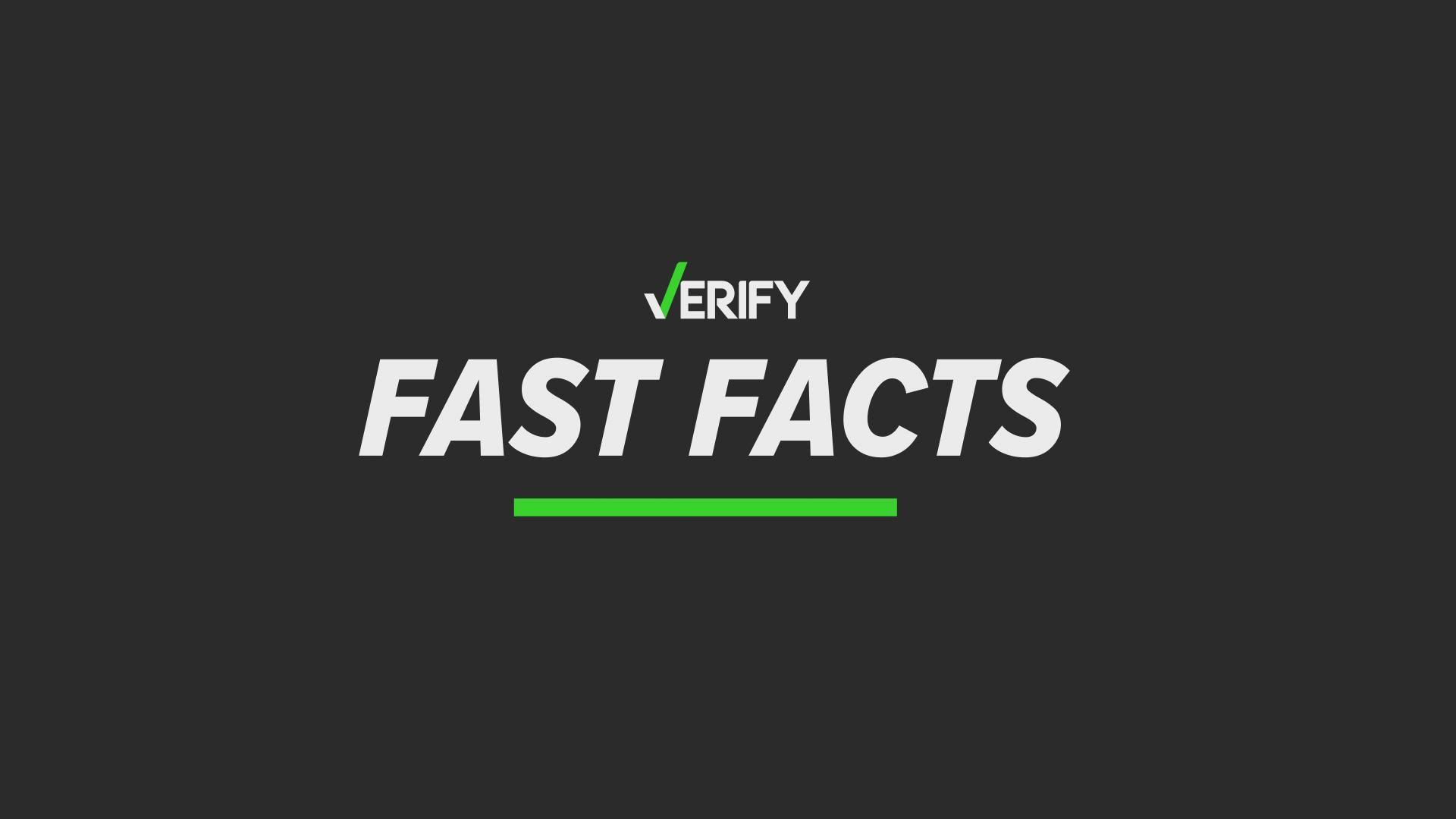 In a viral TikTok video, a registered dietitian named Danielle Allen shares what she claims is the origin story of the U.S. Department of Agriculture’s Food Guide Pyramid. In the video, she says the USDA’s first visual food guide was released as a result of rationing and food shortages during World War II. Since the video was first shared on Aug. 24, it has garnered over 250,000 views.

The VERIFY team asked nutrition experts to weigh in on the origin story of the food pyramid and other USDA food guides.

Was the food pyramid an updated version of the USDA’s first visual food guide released during World War II?

Yes, the food pyramid was an updated version of the USDA’s first visual food guide released during World War II.

For the past 125 years, the USDA has published several dietary recommendations for the American public. The VERIFY team did a deep dive into the history of the USDA’s food recommendations and guides. Here’s what we found.

In 1894, the first dietary guidance published by the USDA was a farmers’ bulletin written by Wilbur Olin Atwater, who served as the agency’s first director of the Office of Experiment Stations. Atwater suggested diets for American men based on protein, carbohydrates, fats, and “mineral matter” because, according to the USDA, specific minerals and vitamins had not been identified at that time.

The first USDA food guide, “Food for Young Children,” was released in 1916. In this guide, nutritionist Caroline Hunt categorized foods into five groups: milk and meat, cereals, vegetables and fruits, fats and fatty foods, and sugars and sugary foods.

According to the USDA, in 1917, a new food guide targeted to the general public was issued called “How to Select Foods.” It was also based on the five food groups categorized by Hunt. Then, in 1921, another guide was released that suggested the amounts of foods to purchase each week for the average American family. It was slightly modified in 1923 to include households that differed from the average five member size of the era.

During the Great Depression, the USDA says the economic constraints of the time influenced the agency’s dietary guidance. USDA food economist Hazel Stiebeling developed food plans in 1933 at four cost levels to help people shop for food. The plans were outlined in terms of 12 major food groups to buy and use in a week to meet nutritional needs, according to the USDA.

Dr. Marion Nestle, a retired professor of nutrition, food studies and public health at New York University, told VERIFY a big problem in the early part of the 20th century was that people weren't eating a wide enough variety of foods.

“This became incredibly obvious during the second world war when the Army had a great deal of difficulty recruiting conscripts because they were so poorly nourished, and the poor nourishment came from lack of variety in the diet. They weren't eating enough vegetables, they weren't getting enough meat or dairy products. The early food guides were designed to encourage people to eat more of the full variety of American agricultural products,” said Dr. Nestle.

In 1941, the first set of Recommended Dietary Allowances (RDA’s) was released by the Food and Nutrition Board of the National Academy of Sciences during the National Nutrition Conference for Defense. According to the USDA, the RDA’s listed specific recommended intakes for calories and nine essential nutrients: protein, iron, calcium, vitamins A and D, thiamin, riboflavin, niacin, and ascorbic acid (vitamin C).

The USDA says the conference also addressed the need for public nutrition education, and in 1943, the agency released its first visual food guide known as the “Basic Seven” in a leaflet called the “National Wartime Nutrition Guide.” This guide specified a foundation diet that would provide a major share of the RDA’s for nutrients, but only a portion of caloric needs. According to the USDA, the wartime version of the “Basic Seven” was also intended to help people cope with limited supplies of certain foods during the war.

Dr. Whitney Linsenmeyer, who serves as a spokesperson for the Academy of Nutrition and Dietetics, told VERIFY the “National Wartime Nutrition Guide” was also released in reaction to the Great Depression when there was widespread poverty, hunger, and malnutrition.

“I think of it as a sort of great awakening about the importance of nutrition to total health,” said Dr. Linsenmeyer. “There really wasn't a ton of nutritional research or recommendations that were provided to the public prior to this, but because of the malnutrition that the country experienced during the Great Depression, and because of folks that were going through those medical exams to see if they could be part of the wartime effort abroad, where a lot of those deficiencies were discovered, that prompted the government to recognize the need to put a greater emphasis on nutrition.”

After World War II ended, the “National Wartime Nutrition Guide” was revised in 1946 and was called the “National Food Guide.” This revised food guide was used for over a decade, but due to its complexity and lack of specifics regarding serving sizes, the USDA modified it again.

By the 1970s, the USDA shifted its focus from obtaining adequate nutrients in an individual’s diet to avoiding eating an excessive amount of foods that were linked to chronic diseases. In 1979, the agency released a new food guide called “The Hassle-Free Guide to a Better Diet.” According to the USDA, this guide modified the “Basic Four” to target a fifth food group for moderation: fats, sweets, and alcoholic beverages.

“After the second world war, people started eating more foods that weren't particularly good for them in the ways in which they were eating them,” said Dr. Nestle. “Chronic diseases replaced infectious diseases as the major causes of death, and then dietary advice had to start recommending dealing with chronic disease.”

In 1984, the USDA released a new food guide called “A Pattern for Daily Food Choices.” Illustrated as a food wheel, it focused on a total diet approach that included goals for nutrient adequacy and moderation. According to the USDA, this food guide outlined suggested numbers of servings from each of the five major food groups: the bread, cereal, rice, and pasta group; the vegetable group; the fruit group; the milk, yogurt, and cheese group; and the meat, poultry, fish, dry beans, eggs, and nuts group. It also recommended the sparing use of a sixth food group: fats, oils, and sweets.

By 1988, the USDA began working to develop a graphic presentation of the food guide that conveyed the key concepts: “variety, proportionality, and moderation.” After years of consumer research was conducted, the Food Guide Pyramid was released in 1992.

Dr. Nestle said the Food Guide Pyramid was the first food guide released by the USDA that dealt with the issue of overeating certain kinds of foods, however, she said it needed some updates.

“The pyramid needed some tweaking because it had grains at the bottom without really taking into consideration that if people ate six to 11 servings of grains a day, given the size of grain servings these days, they would put on an enormous amount of weight,” said Dr. Nestle. “I think if the fruit and vegetable and grain sectors had been switched, and they made it clear that plant foods were at the bottom of the pyramid, it would have been a much better food guide.”

In 2005, the USDA released an updated version of the food pyramid, calling it the “MyPyramid Food Guidance System,” which revised the original food pyramid illustration. It also added a band for oils and included the concept of physical activity.

Eventually, in 2011, MyPlate was introduced to the public by the USDA. This food guide, which is illustrated in the shape of a plate, focuses on eating a good portion of fruits, vegetables, grains, proteins, and dairy. It is still in use today.

“I think one of the good things about our current food guide is that it’s pretty broad in terms of recommending food groups, but not specifically like ‘eat these foods,’” said Dr. Linsenmeyer. “It does allow for interpretation within different dietary patterns and cultural cuisines so that it can be culturally appropriate for most people.”

More from VERIFY: No, the government isn't paying farmers to destroy their crops