Ibuprofen is one of the most commonly-used medications. Among the brand-name versions are Advil, Motrin and Aleve. 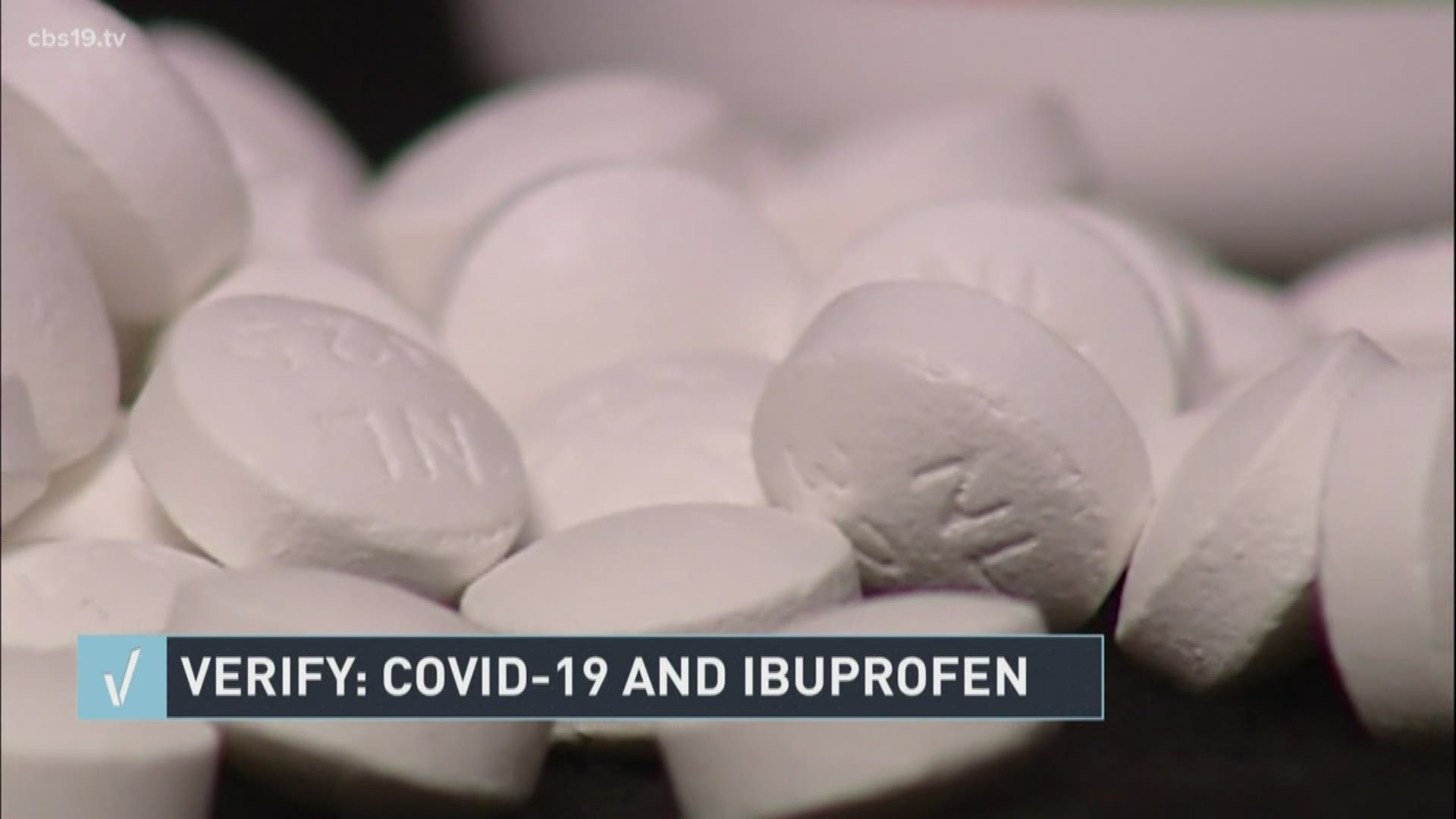 As misinformation and rumors spread, CBS19 is trying to make sure you have the best information possible about the coronavirus. That includes information about which medications help treat the symptoms of COVID-19.

Many people have written on social media about concerns that ibuprofen intensifies the symptoms of COVID-19.

Ibuprofen is one of the most commonly-used medications. Among the brand-name versions are Advil, Motrin, and Aleve. People take them for aches and pains and to help reduce a fever. They are popular during cold and flu season and when battling spring allergies.

The debate about whether to keep taking ibuprofen began in earnest last week after an article published in the medical journal The Lancet. Its authors wrote that some patients with severe cases of COVID-19 in a study group from China showed high levels of an enzyme that is stimulated by ibuprofen consumption.

Olivier Véran, France’s Health Minister, tweeted a warning last weekend that people should switch to other anti-inflammatory medications because of the risk of aggravating an infection. He suggested people take paracetamol, which is the European name for acetaminophen, commonly known as Tylenol.

A spokesman for the World Health Organization told reporters on Tuesday people might consider switching to Tylenol, but WHO changed its tune Wednesday when they posted to social media that there is no evidence of a link between ibuprofen and the severity of COVID-19 symptoms.

England’s National Health Service said the same. In a statement on its website, the NHS added that Tylenol might be better at treating the symptoms of COVID-19, but if your doctor asked you to take ibuprofen, you should not make any changes without their approval.

So, we can verify there is no link yet between ibuprofen and the severity of COVID-19 symptoms, but there needs to be more research to know for sure.

And since everyone reacts differently to medicine, you should consult your doctor about substituting one medication for another.

RELATED: VERIFY: Nothing suggests the proposed stimulus checks will depend on the Census

RELATED: VERIFY: Did elephants get drunk on corn wine while humans were social distancing?

RELATED: VERIFY: Families with students can get free home internet if they didn't have it before

RELATED: VERIFY: Even with low death rate, you should take necessary precautions to prevent COVID-19 spread

RELATED: VERIFY: No, you can't get free baby formula by calling a number on the can

RELATED: VERIFY: You can still get COVID-19 if you have the flu. Everyone needs to take the same precautions.

RELATED: VERIFY: Can you get coronavirus more than once? Well, the answer is a little murky

RELATED: VERIFY: No, you won't be forcibly quarantined if someone on your plane has the coronavirus