VERIFY: No, donations to Black Lives Matter do not go to the DNC

Claims that the Black Lives Matter movement is giving millions of dollars to the Democratic National Committee are false. 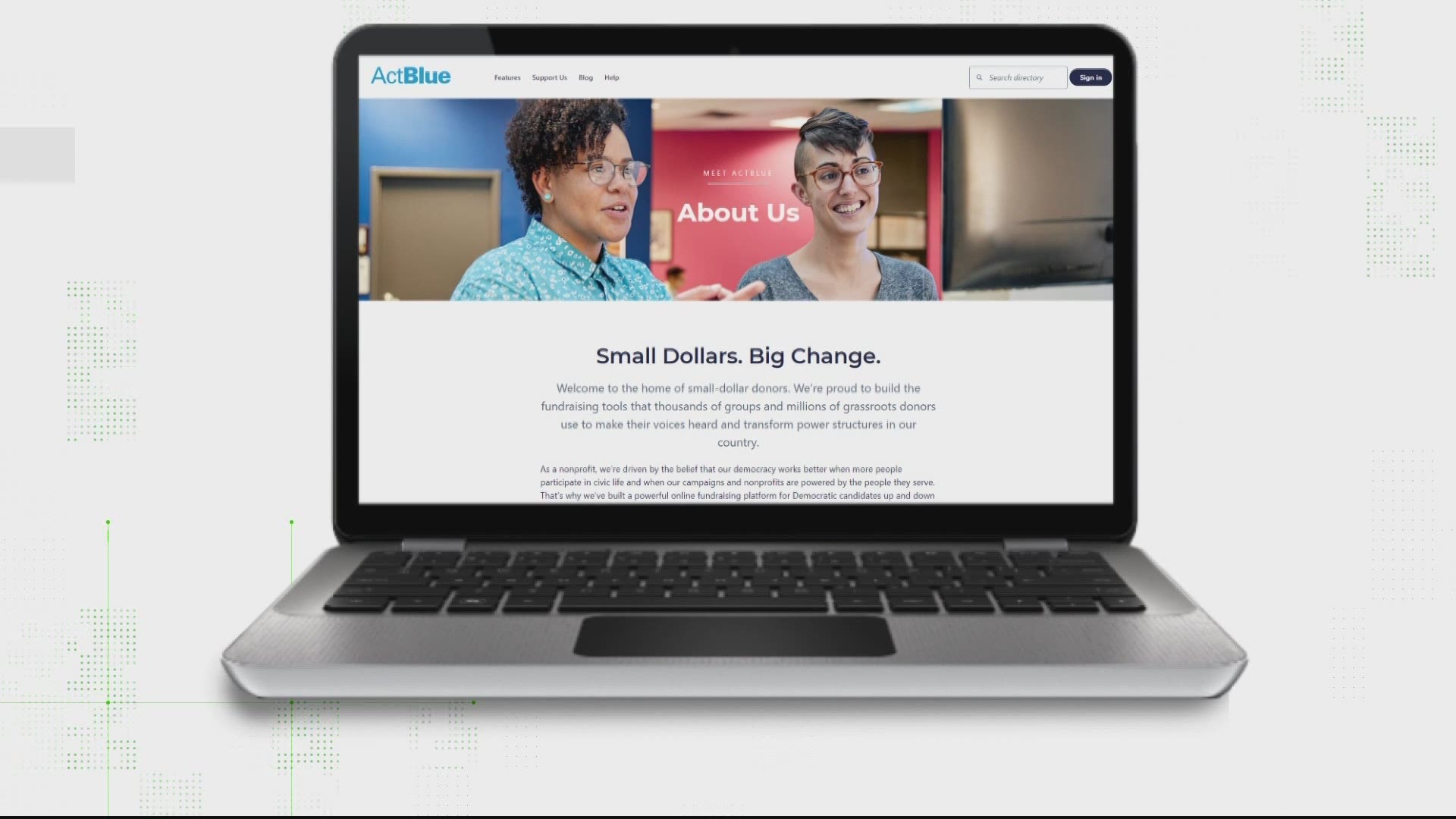 Do donations to the Black Lives Matter movement go directly to the Democratic National Committee?

A video with more than 2 million views implies that money from Black Lives Matter goes directly to the Democratic National Committee.

The video was shared by Candace Owens, a conservative commentator, and received thousands of retweets.

Here's what is making so many people confused.

If you go to the official Black Lives Matter website and click donate, you’re redirected to a portal for “ActBlue,” which lists itself as a “registered charitable organization.”

If you search "ActBlue" on OpenSecrets.org, a site that tracks political spending, you'll see that ActBlue is listed as giving hundreds of millions of dollars to Democratic politicians and just under $30 million to the DNC itself.

This is causing confusion for a lot of people online.

To sort this all out, our Verify researchers dug into what ActBlue is all about. According to their about page, ActBlue is a nonprofit online fundraising platform for progressive organizations, nonprofits, and yes, Democratic candidates.

Since ActBlue helps transfer political donations, it needs to file with the Federal Election Commission.

An FEC spokesperson explained the process to our Verify researchers.

ActBlue is serving as a conduit to get your donation to a campaign. This process is called an "earmarked contribution."

FEC earmarking rules require that these conduits disclose their information, too.

So all those DNC donations that say “ActBlue,” really means that someone used ActBlue to donate to the DNC. What you're seeing is a bunch of donations for the DNC made through ActBlue.

If you look on the FEC's website, search "ActBlue," and click on the individual contribution, you'll see a memo that the contribution is "earmarked."

If you select "open image," the itemized receipt will pop up showing the donor's name.

In a statement on Twitter, ActBlue called the claim going around a “disinformation campaign.”

It’s worth noting, OpenSecrets.org responded to Candace Owens directly, and in a separate tweet writing: “none of the money brought in by #BlackLivesMatter in recent weeks is going to the Democratic National Committee.”

So, we can Verify, this claim is false.

RELATED: VERIFY: No, the CEO of Wendy's did not donate to the campaign of President Trump. Here's how we know

RELATED: VERIFY: No, the NYC 9/11 Memorial was not graffitied by protesters

RELATED: VERIFY: No, this photo of a vandalized Lincoln Memorial is not real