VERIFY: Fake hurricane photos and how to spot more

Every time a major hurricane comes bearing down on the U.S., fake photos start popping up. Some - like sharks on the highway - seem obvious. Others aren't so simple. 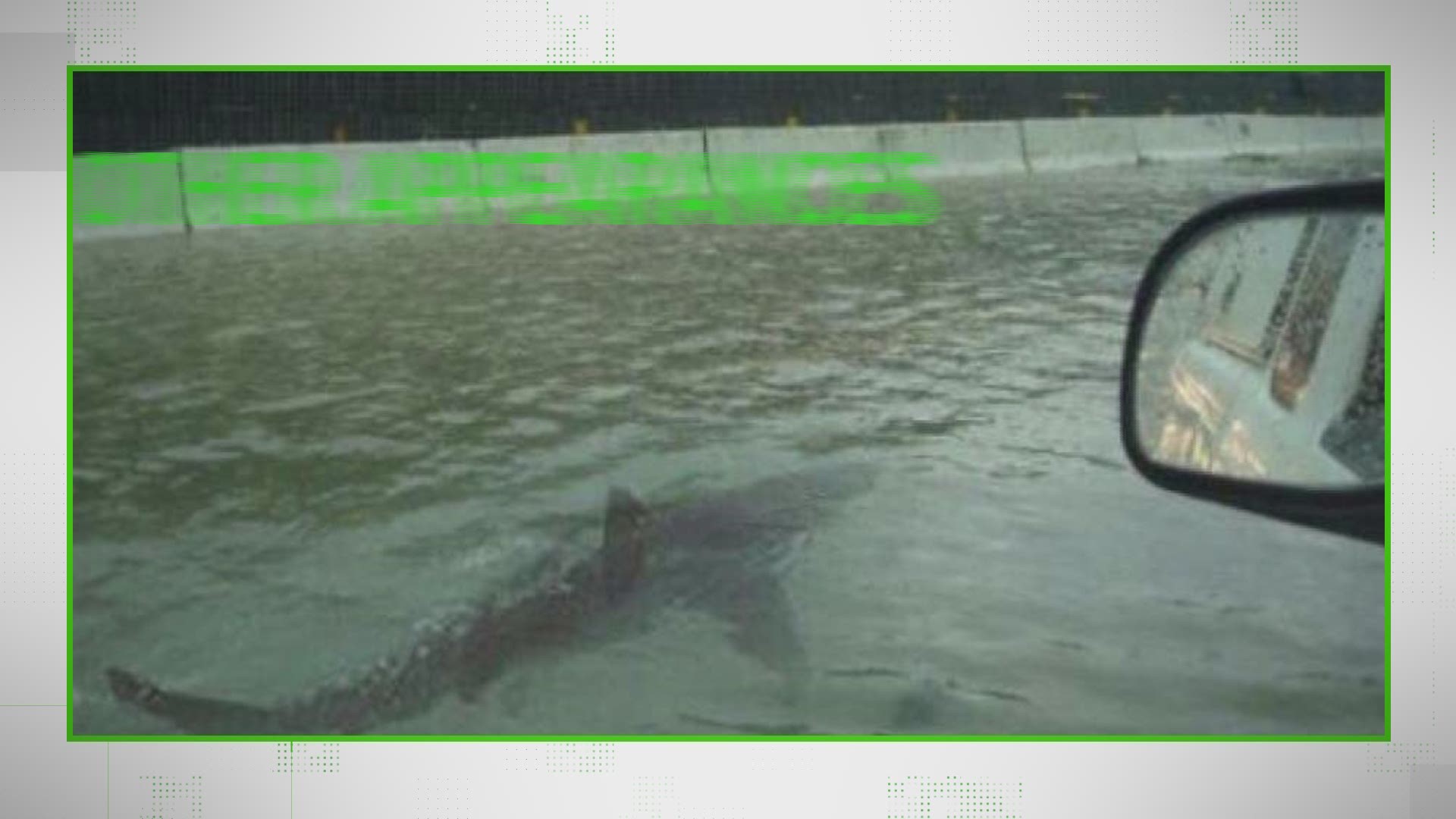 Every time a major hurricane hits the U.S., fake photos and claims start surfacing on social media. Some of them are difficult to sort through, while others are posted almost every time a hurricane makes landfall.

Here are some of the most frequently posted and ways you can check photos for credibility yourself:

A photo of a shark swimming on a highway has been popping up online since as early as Hurricane Irene.

The picture takes a stock image of shark and superimposes it onto a flooded roadway.  It's obviously false and has been covered in the past.

This photo popped up numerous times during Hurricane Harvey. It claims to be from a cargo ship watching the storm move towards Corpus Christi.

But, the image is false. A reverse image search shows thousands of other results some dating back to the early 2000s. Here's an example from 2006.

Like the shark photo above, this photo has popped up in almost every recent hurricane. It shows a flooded airport with planes underwater.

It's almost always posted with a claim that it's in a city the hurricane recently passed over.

A simple image search on this picture will show you that it's not even a real image.

It was an artistic rendering by Nickolay Lamm/StorageFront. The image was made as part of a presentation on what airports would look like due to climate change predictions.

You can see them in an original publication from 2013 titled: "U.S. Airports Face Increasing Threat From Rising Seas."

DOLPHINS PHOTOGRAPHED FLYING THROUGH THE AIR

Two images have popped up showing dolphins flying through the air at unnamed beaches. They are being attributed to Hurricane Dorian.

The two photos on the left have been doctored. The original pictures are on the right. Neither original photo is from Dorian.

HOW TO SPOT FAKE PHOTOS

Some photos are going to be more difficult to VERIFY than others. If you ever have a question about a photo, you can send an email to WTLV-VERIFY@tegna.com.

But you can also take some basic steps on your own. Like using a reverse image search to check the photo before you share it.