VERIFY: Is Kroger adding a "Black Lives Matter charge" to your grocery bill?

A photo of a Kroger receipt online that claims to show a 59-cent charge to the Black Lives Matter movement actually has to do with the nation's coin shortage. 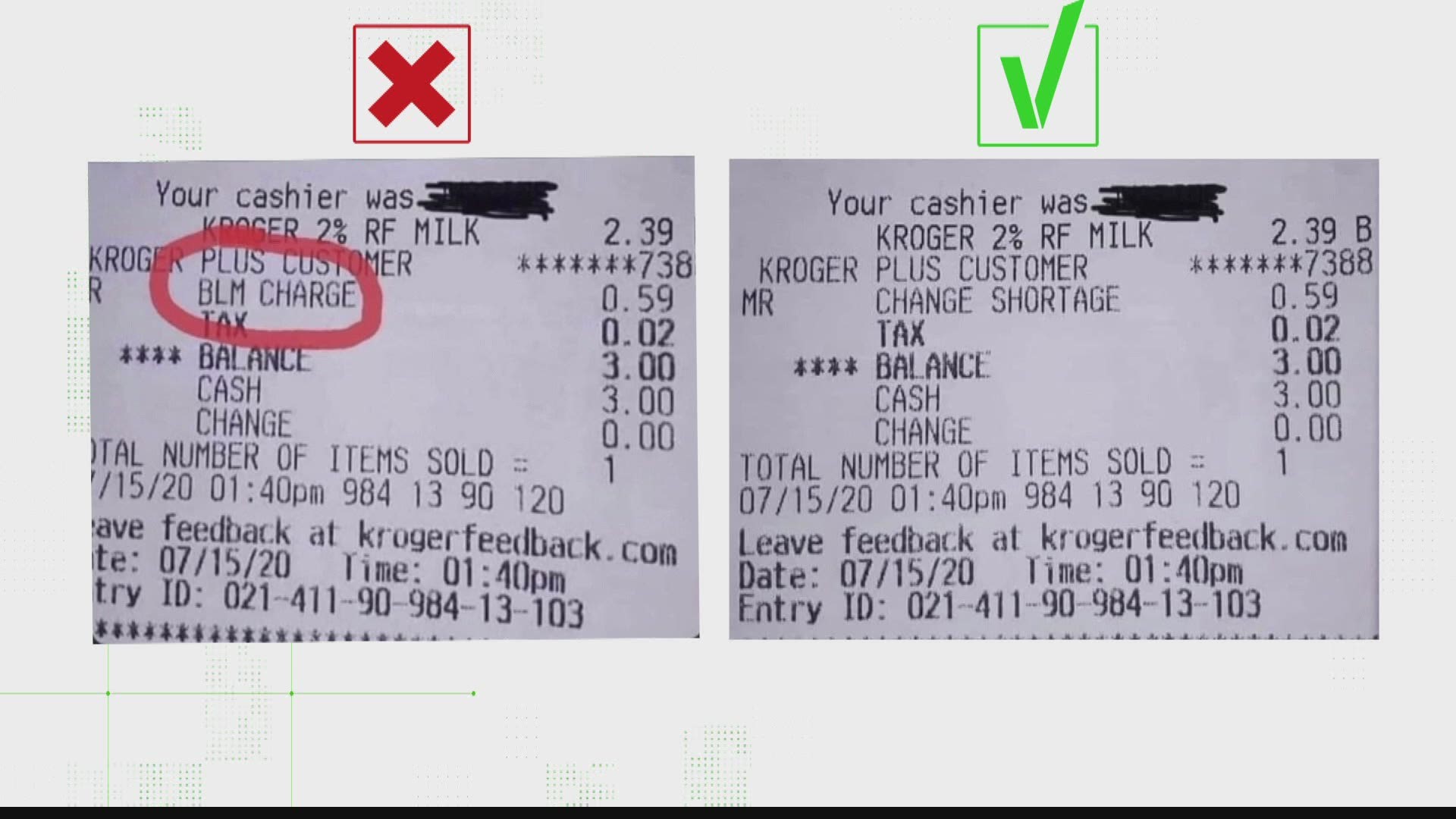 INDIANAPOLIS — A photo making the rounds claiming to show a "Black Lives Matter" charge on a Kroger receipt isn't real.

The post with the photo claims to show the supermarket chain adding the 59-cent "BLM Charge" to a grocery bill.

Our VERIFY team checked with Kroger and found the image is fake. Someone has doctored the photo and put it online.

RELATED: Why are coins hard to find during the pandemic?

Kroger sent 13News a snapshot of the real receipt from an Indiana store on July 15. The line actually says "Change Shortage."

The company said that's because of the nationwide coin shortage. Kroger announced earlier this month that customers have the option of loading their coin change onto their loyalty card. When that happens, the receipt says "Change Shortage."

So we can verify the image is false.