Despite two members of the Senate Judiciary Committee testing positive for COVID-19, the committee plans to stay on schedule. 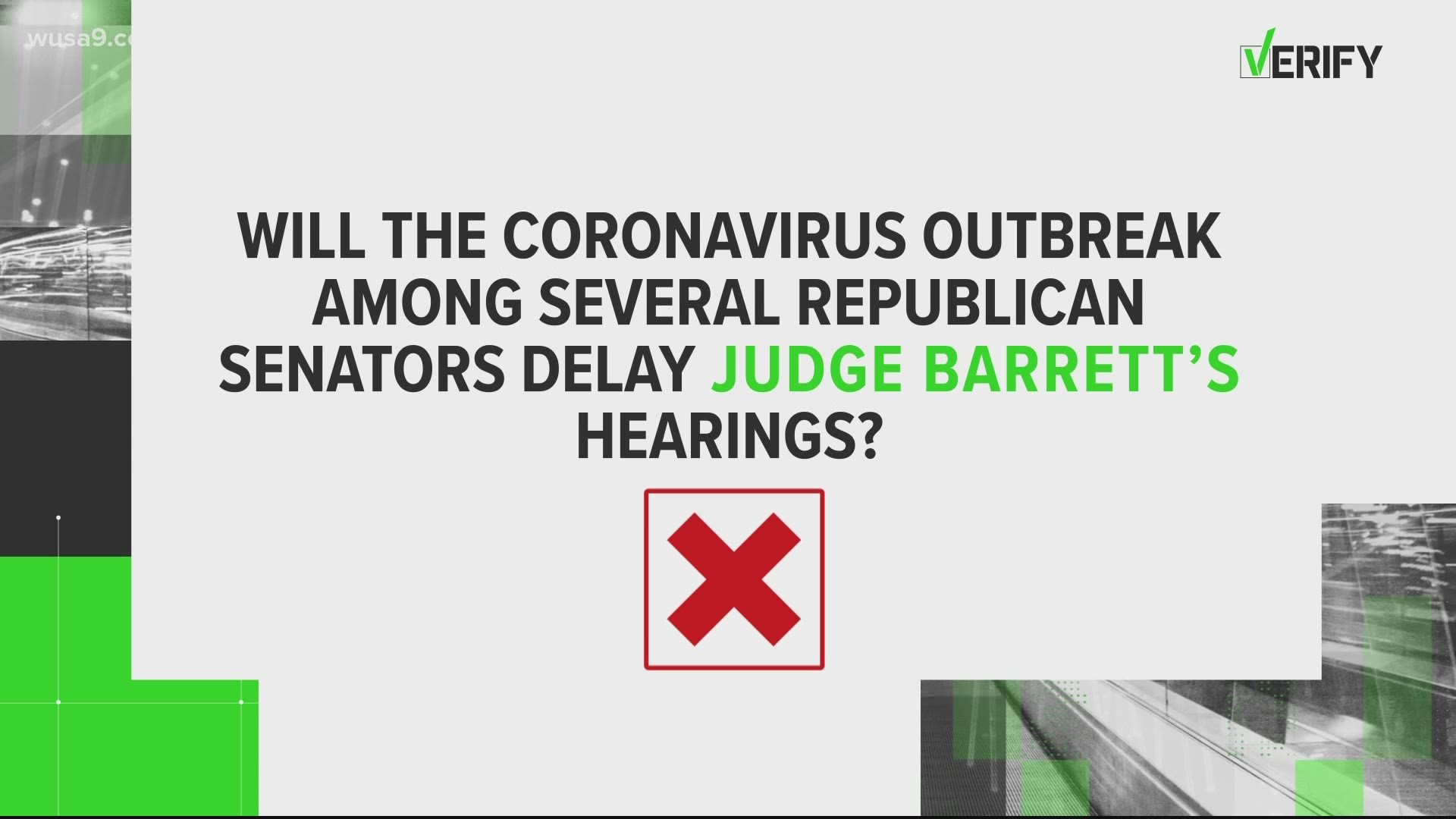 WASHINGTON — Along with President Donald Trump, several Republican Senators have also tested positive for the coronavirus.

Two of the senators serve on the Senate Judiciary Committee. It is the committee that was supposed to begin confirmation hearings next week for the president’s U.S. Supreme Court nominee Judge Amy Coney Barrett.

This all starts at Judge Barrett’s nomination reception at the White House. Right after the event, several Senate Republicans tested positive for coronavirus, including Senator Thom Tillis from North Carolina and Senator Mike Lee from Utah. Both men serve on the Senate Judiciary Committee.

According to the Senate Judiciary Committee’s schedule, Judge Barrett’s hearing was set for Monday, Oct. 12.

The committee has 22 members, 12 Republicans and 10 Democrats. According to Senate Historian Don Ritchie, in order to conduct any business, the committee only needs nine members, with at least two from the minority party. So even if both senators quarantine the committee can still meet.

After the two senators confirmed they had COVID-19, the committee released a statement that said:

“It will proceed with the consideration of the nomination of Judge Amy Coney Barrett to be an Associate Justice on the Supreme Court of the United States on October 12, 2020.”

The Senate Judiciary Committee isn’t just meeting for Judge Barrett’s hearings. The committee has other nominations and legislation to review as well.

Will the outbreak of #COVID19 among GOP Senators delay Judge Amy Coney Barrett's Confirmation hearings? It doesn't look like it. #getupDC @wusa9 pic.twitter.com/H1UTO5KqE8