The video was posted to social media with a caption claiming that it was taken during the recent hurricane, but it's really from a high-wind event in June. 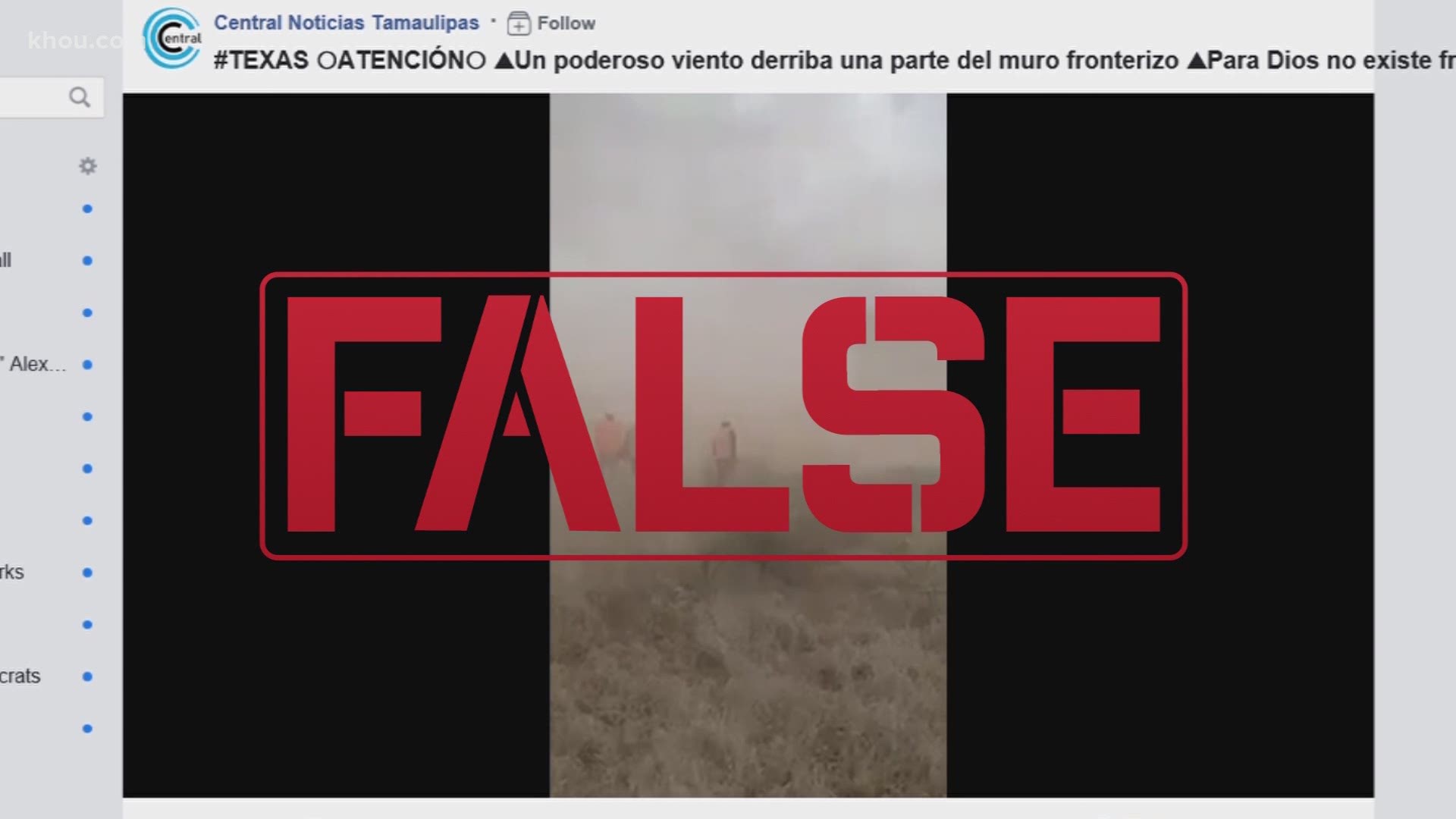 HOUSTON — You may have seen a video pop up in your Facebook or Twitter feeds appearing to show a section of the border wall collapsing during a storm. The video has been viewed millions of times in the past 24 hours.

The reporter who posted the video to her Twitter feed wrote that the incident happened over the weekend during Hurricane Hanna.

KHOU-11 set out to VERIFY if the incident really happened and our findings might make you decide to triple check the posts you re-tweet.

The video has been seen by millions of people in the past 24 hours. The Mexican news site that posted it to its Facebook page Sunday morning says it happened along the Texas-Mexico border.

A reporter from Monterrey, Mexico posted the video as well. Yadith Valdez captioned the video stating it was taken during Hurricane Hanna – and the toppling of the sections of the border wall was the wrath of mother nature.

It was re-posted by journalists on their verified Twitter accounts, by political activists and even actors, like John Cusack.

We sought two sources to verify the video: United States Customs and Border Protection and the United States Army Corps of Engineers.

The Rio Grande Valley sector of US CBP. sent this statement:

“[the agency] is not aware of any border wall panels falling over due to Hurricane Hannah hitting the Rio Grande Valley sector this past weekend. The video circulating on social media appears to be from June 2020 when high winds caused several border wall panels that were pending additional anchoring to fall over at a construction site near Deming, New Mexico.”

KHOU-11 contacted the U.S. Army Corps of Engineers to double-check.

The agency sent this statement:

“The video is from early June following a high-wind event at [a] construction site near Deming, New Mexico. It is unrelated to Hurricane Hanna."

Neither agency would elaborate on the details of the incident. The bottom line is this: the video is real, but the context is wrong. The video is authentic and from a documented incident that actually happened; but it wasn’t during a hurricane, it happened last month and it was not in Texas.

RELATED: $1.3B border wall contract, largest yet, awarded to firm favored by Trump