VERIFY: Yes, some Capitol Riot defendants are being held without bond before their trials

A landmark decision on bond for Capitol Riot suspects handed down by the United States Court of Appeals for the District of Columbia is part of the reason why. 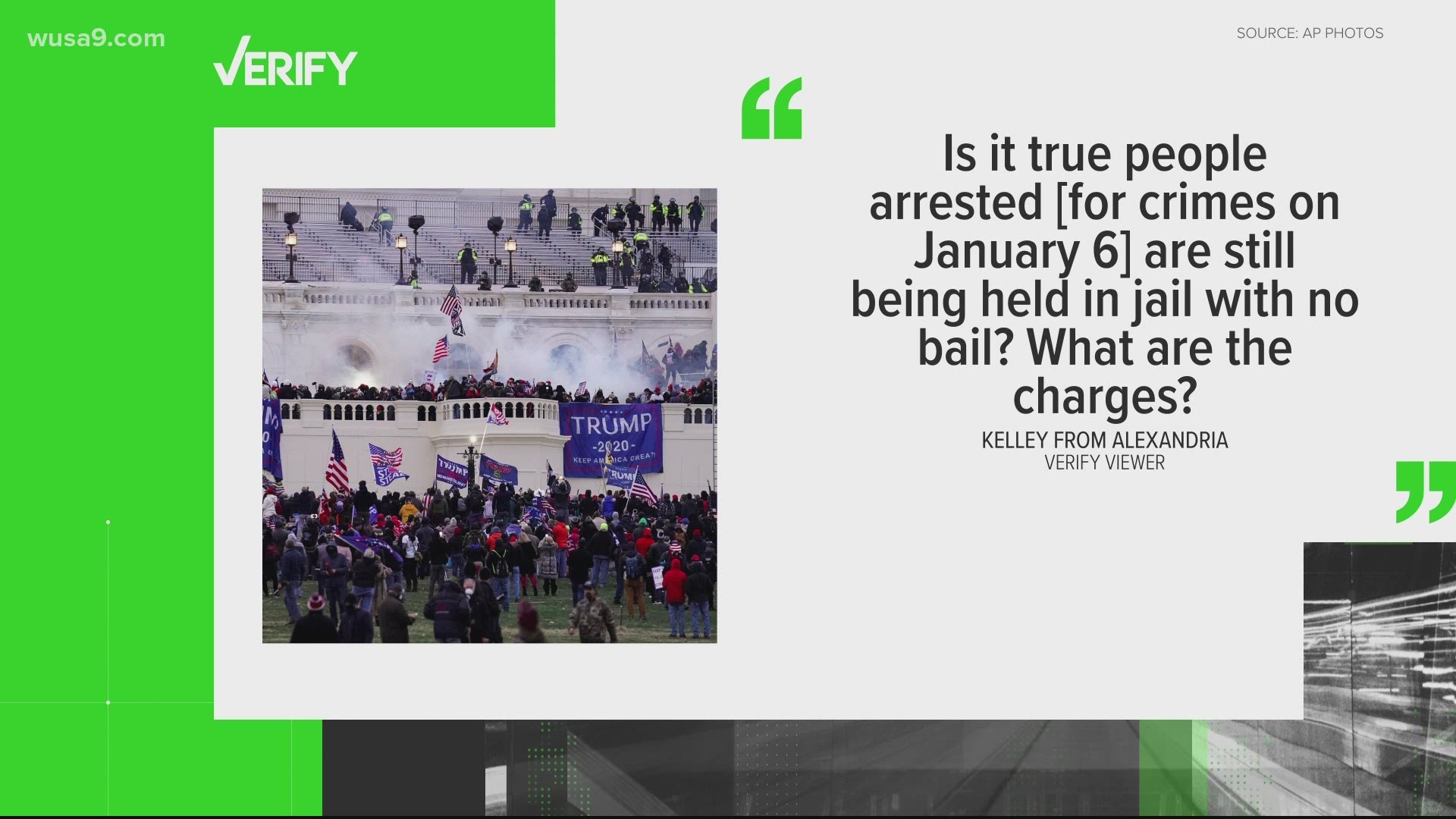 WASHINGTON D.C., DC — The Department of Justice has arrested more than 535 people for taking part in the January 6 insurrection on the U.S. Capitol building. Some of those trials are months, possibly years away.

Verify viewer Kelley from Alexandria, Virginia asked the Verify team if some of the accused remain behind bars nearly six months later.

“Is it true people arrested [for crimes on January 6th] are still being held in jail with no bail," she asked in an email. "What are the charges?"

Are people accused of participating in the January 6th insurrection on the U.S. Capitol still being held in jail without bail? If so, what are their charges?

Yes, several people are being held without bail in the D.C. Jail for crimes they allegedly committed during the Capitol riots.

Our Verify team turned to Neama Rahmani, a former federal prosecutor now at West Coast Trial Lawyers, who said several Capitol Riot defendants remain in jail awaiting trial, even though some were arrested months ago.

“Of the hundreds and hundreds of folks who have been arrested in the Capitol riots, the majority of them, most of them have received some sort of bail,” Rahmani said. “But the folks that engaged in the most violent acts, they are being detained without bond.”

A landmark decision on bond for Capitol Riot suspects handed down by the United States Court of Appeals for the District of Columbia is part of the reason why.

In the case of United States v. Munchel, a three judge panel ruled those who “actually assaulted police officers and broke through windows, doors, and barricades, and those who aided, conspired with, planned, or coordinated such actions, are in a different category of dangerousness than those who cheered on the violence or entered the Capitol after others cleared the way.”

The ruling instructed judges to release Capitol riot suspects, even if charged with serious crimes, unless the Department of Justice demonstrates a specific threat that defendant poses to the community.

“The Court of Appeals said...the mere fact that you have these very strong political beliefs, that you had what may be considered a weapon on your person, that's not sufficient to hold someone indefinitely if they didn't engage in the most violent acts,” Rahmani said. "The court did, however, distinguish between folks that actually did assault police officers did, you know, break windows force open doors and those types of things.”

Which is why people like Julian Khater and George Tanios are still in jail on charges of Assault on Federal Officer with Dangerous Weapon and Conspiracy to Injure an Officer, among others, for allegedly spraying pepper spray into the faces of law enforcement like Capitol Police Officer Brian Sicknick.

Thomas Sibick is being held until his trial without bond on charges that include Assaulting, Resisting, or Impeding Certain Officers and Taking from a Person Anything of Value by Force and Violence, because he’s accused of being part of the savage attack on DC Police Officer Mike Fanone and ripping Fanone’s badge and radio right off his uniform. 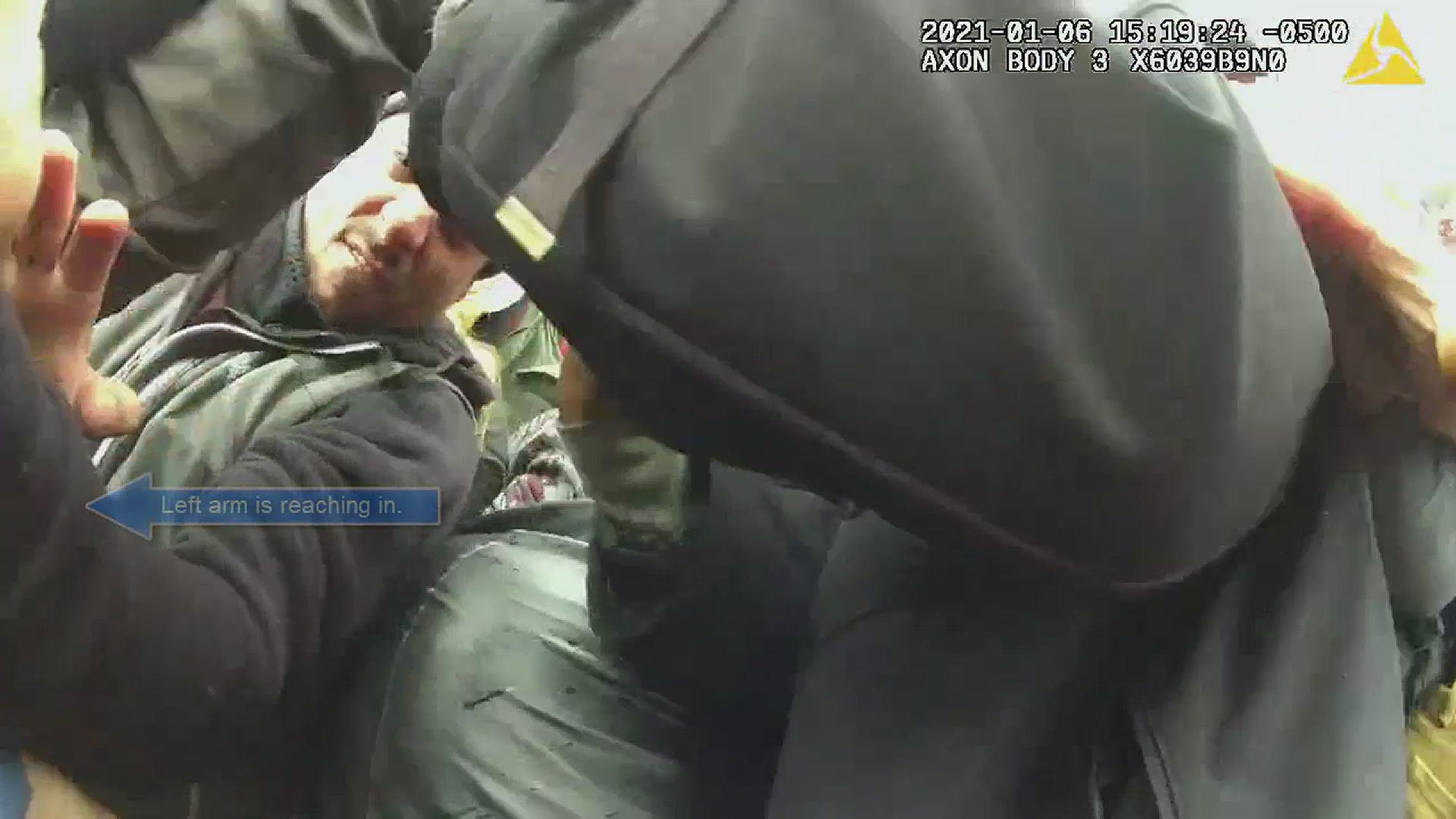 A number of the Proud Boys militia, and even an Oath Keeper named Jessica Watkins, have also been denied pre-trial release, not because they assaulted police, but because they are charged with conspiracy with other members of their militias to pre-plan the attack on the Capitol.

Conspiracy is also one of those thresholds the courts have decided you cannot cross if a judge is going to rule someone is not a threat to the community and eligible for pre-trial release.

Rahmani said that for prosecutors arguing for defendants to be held without bond, it goes beyond protecting the safety of the community.

“The biggest reason why federal prosecutors want to hold someone without bail is that it's much easier to get a plea agreement and a deal when someone's already in federal prison,” Rahmani said. “It's very difficult, especially for someone who has no criminal history, to sign that plea agreement and agree to surrender and go to federal prison. So, some of it is actually danger to the community, but some of it is actually strategy and tactics to get folks to plead guilty.”

Still, judges have discretion to interpret the law as they see fit and some defense attorneys argue the decisions about who is released and who is detained aren’t always consistent.

“Different judges have very different views on whether this conduct is dangerous,” Rahmani. “And it's a random rotation, and it's the luck of the draw.” 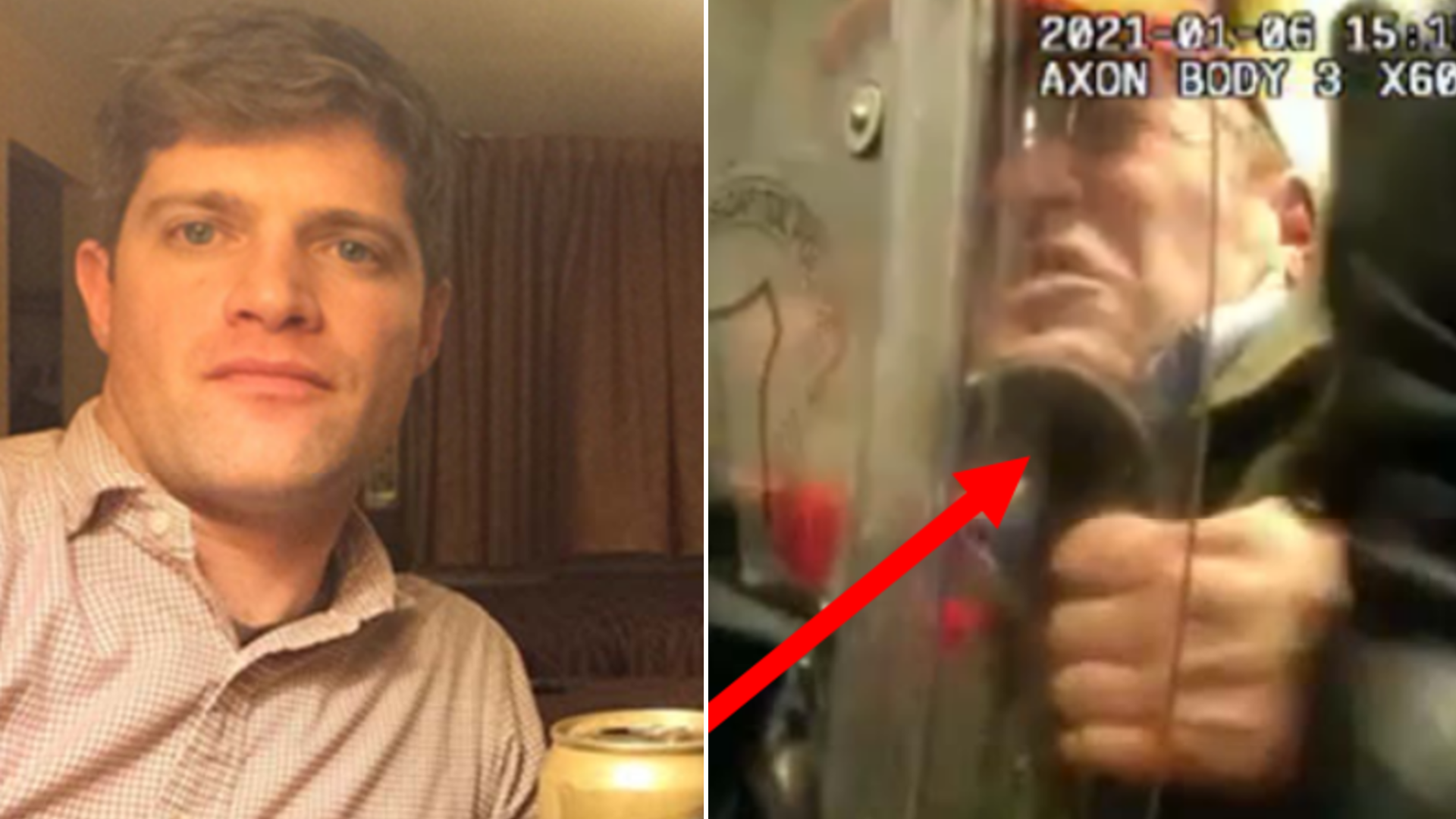 A judge cited that same court of appeals ruling in ordering the release of Federico Klein, a State Department appointee of former President Donald Trump who is facing charges he assaulted police officers with a riot shield.

That judge ruled that it was a "close call" but in his opinion, that judge deemed Klein does not pose a "substantial threat to the community" despite his "demonstrated willingness to use force to advance his personal beliefs."

So we can Verify, yes, some people arrested for crimes on January 6th are still being held in jail without bail, all of which are being housed at the D.C. Jail.