The saguaro cactus is a protected species in Arizona, which means it is illegal to destroy or damage them. 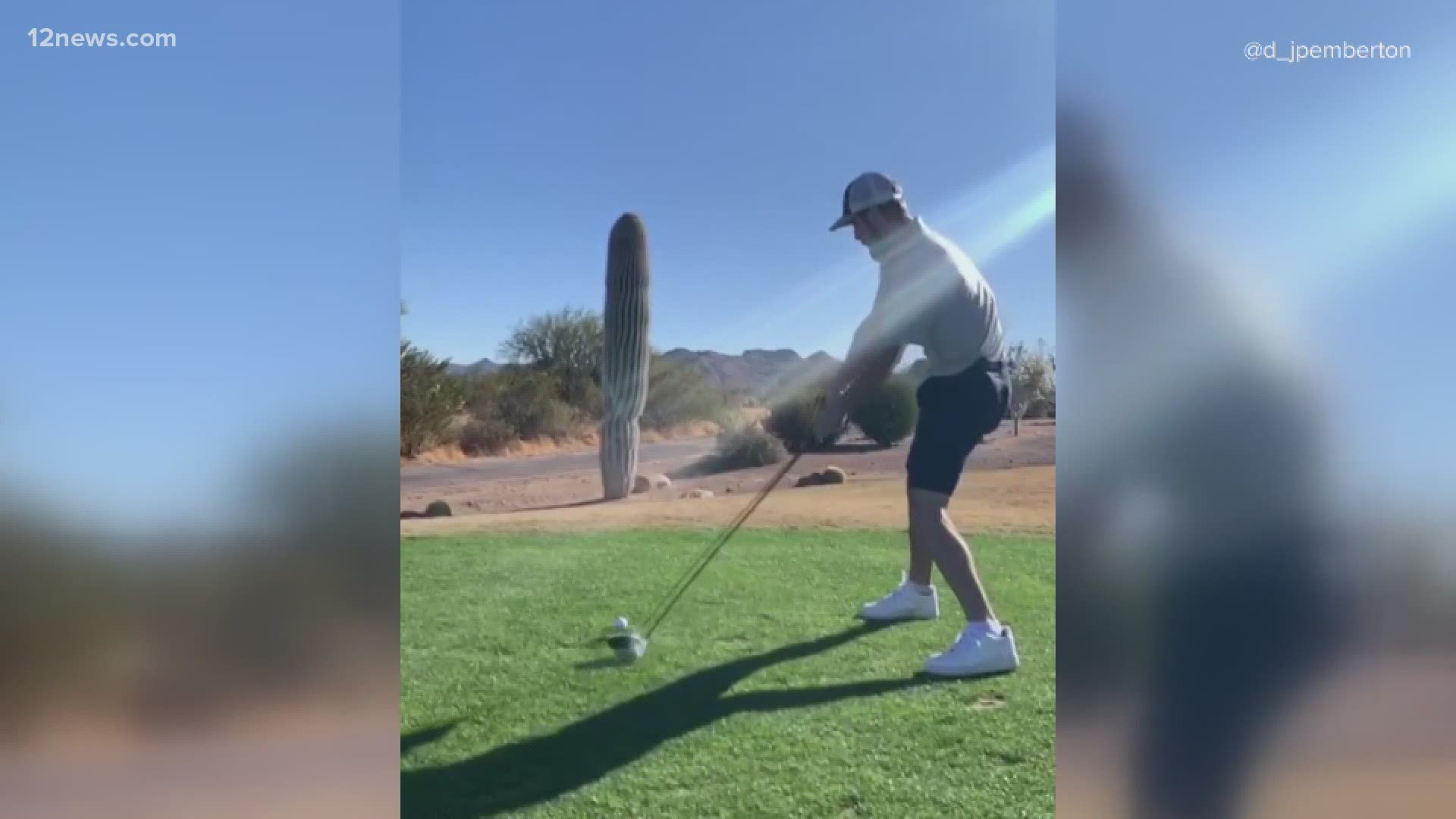 SCOTTSDALE, Ariz. — A controversial video showing a golfer damaging our state symbol, a saguaro cactus, is leading to backlash.

It happened at one of the top courses in Arizona.

The incident captured on camera was posted on Instagram on Friday by the popular golf account @golfersdoingthings. It shows a man teeing up and, instead of aiming at the fairway, he aims directly at a large saguaro cactus then strikes it.

The incident happened at We-Ko-Pa Golf Club, a Fort McDowell course repeatedly ranked by Golfweek as the number one public course in the state.

The video has racked up more than 300,000 views and hundreds of comments. Many of them are negative, asking why the golfer would intentionally damage the saguaro cactus.

Saguaro cacti are a protected species in Arizona, which means it is illegal to destroy or damage them.

"Saguaro cacti have a special place in just about everybody's heart that lives here in Arizona," said Andy Fisher of the Saguaro National Park during an interview with 12 News in October.

This is not the first incident in the state involving the cacti.

In October, someone vandalized eight cacti at Saguaro National Park near Tucson.

In 2018, taggers spray painted seven of them along the Black Mountain Trail in Cave Creek.

In 2016, several saguaro cacti were found chopped and slashed at Saguaro National Park.

"People feel very strong connections to their saguaros, so it's always disheartening when we see a senseless act of vandalism damage the resources in this way," Fisher said.

A spokesman for We-Ko-Pa Golf Club tells 12 News the golfer seen on video is no longer welcome there.

The spokesman released the following statement:

"We strongly admonish his actions and we hope at least the exposure has shed light on the fact that we all need to respect our environment. We continue to gather information regarding this incident and have passed that information through to the appropriate channels."

12 News has reached out to Fort McDowell Police to find out if the golfer is under investigation. So far, we have not heard back.