Why Friday the 13th is synonymous with bad luck

For some, opening an umbrella indoors or crossing paths with a black cat are bad luck. And on Friday the 13th, they won't take any chances at all. But why? 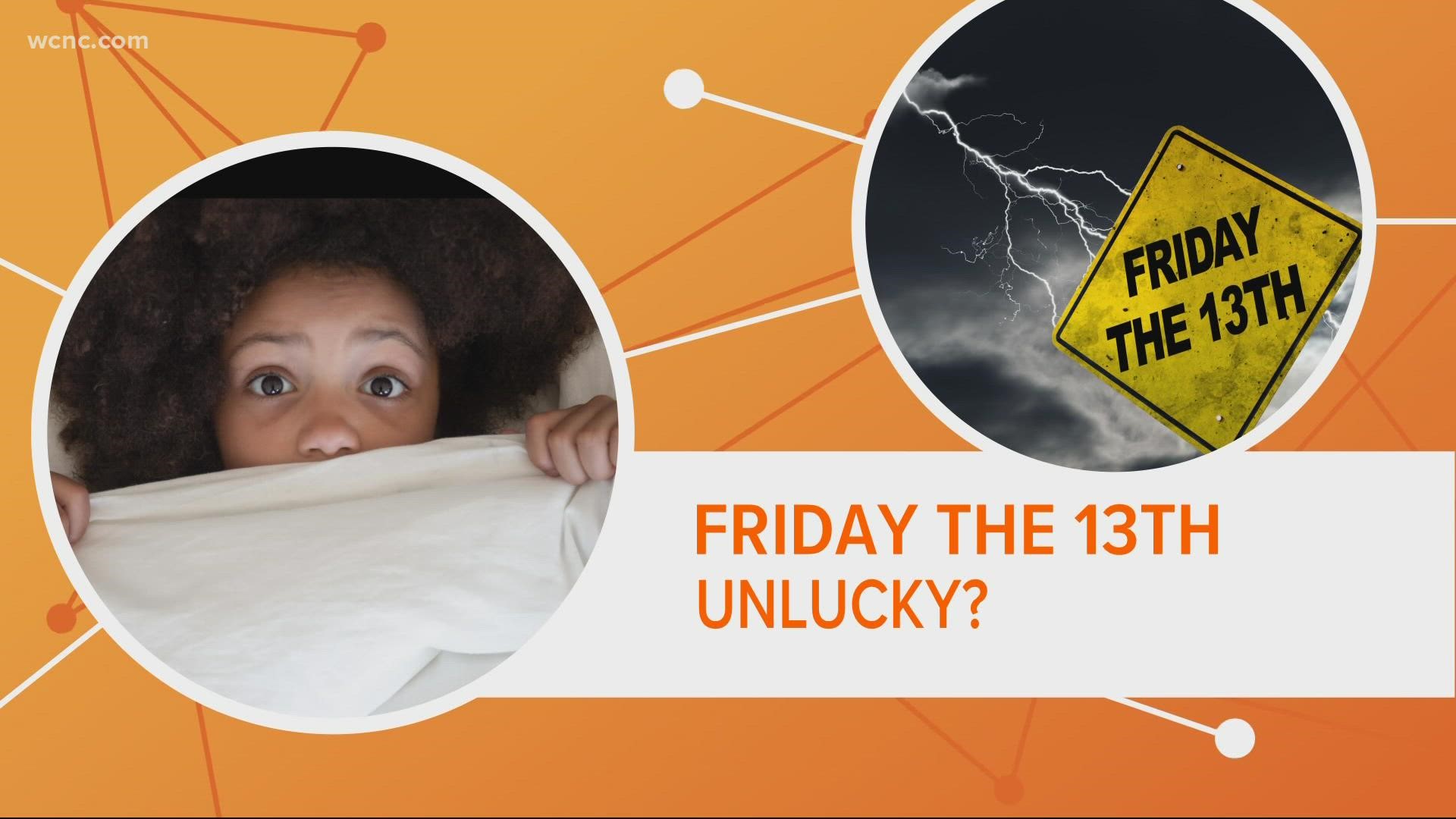 CHARLOTTE, N.C. — Friday is Aug. 13, which means it's the dreaded Friday the 13th. So whatever you do, don't walk under any ladders, spill any salt, cross paths with a black cat (actually, yes do that and help clear the shelters) or smash a mirror.

Whatever your superstition is, chances are there's something you feel is bad luck. For many people, Friday the 13th is a sign of bad things to come. Some people are so afraid of the bad luck they'll avoid getting married, traveling or even going to work. In fact, Friday the 13th has a huge impact on businesses, costing them an estimated $800 million per year in lost revenue, according to CNBC.

Never miss a story. Get the morning's top headlines sent directly to your inbox with the Wake Up Charlotte newsletter

So why did people become so afraid of Friday the 13th?

Historians aren't actually sure when it started, but the number 13 has a long history of being the odd one out. Some suspect it may go back to when the first calendar was created. The number 12 worked out so well that an oddball, prime number behind it just felt out of place.

Fridays have also been considered unlucky since biblical times. It's supposed to be the day of the week Jesus was crucified, so when the two collide, a lot of people feel it's a recipe for disaster. Which is bad news, because any month that starts on a Sunday will have Friday the 13th.