With a population of more than 650,000 people without drinkable water, what can the City of Memphis do?

The City of Memphis gave out more than 44,000 free bottles of water 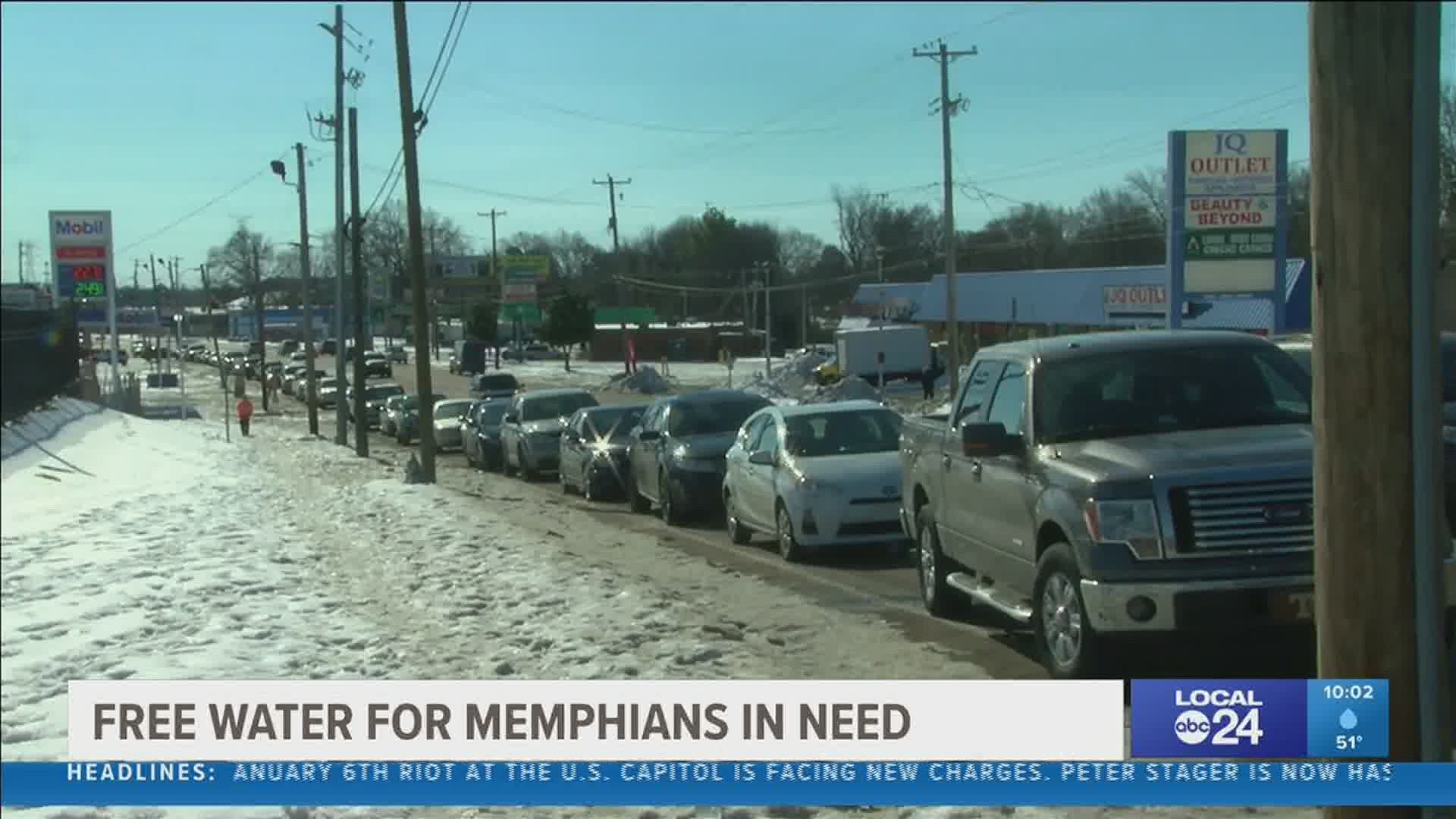 MEMPHIS, Tenn. — Between locations in Midtown to South Memphis, cars were wrapped around blocks for hours hoping to get a case of free water from the City of Memphis. Some got to one of the locations as early as 6:30 Sunday morning to get in line.

MLGW customers in Memphis have been under a boil water advisory since Thursday while dozens of broken water mains get repaired. With the water pressure as low as it is, MLGW has also asked customers to conserve water as much as possible.

Roy Wesson tried going to the Pink Palace location for a free case of water. He said it's been a struggle as he has been trying to be frugal with the bottles of water he has left.

"I got a couple of bottles left at the house and I’m going to try to stretch them until the water pressure comes back up," Wesson said.

The stock of water has dried up in most Memphis stores, so the City gave out more than 44,000 bottles of water. The allowance was one case per car, so the supply was limited.

The Pink Palace location was out of cases of water within 30 minutes of officially opening at 10 am. Instead, volunteers offered six-packs of Fanta to cars who wanted it. Sarah Gibbs missed the cases of water and plans to continue boiling water at home.

"I waited too long to leave, and they were out of water just as I got here," Gibbs said.

Volunteers at all eight locations were grateful they could help. Colin Burress, the deputy director of operations for the Memphis Fire Department, said its important people have these resources made available.

"Right now, with the boil effort that’s going in place, it’s a fair amount that we get enough water out to the citizens as much as we can and trying to get it into every area that we can," Burress said.

Some people were glad the City offered this resource while it works to restore the water pressure issue caused by an unprecedented number of days of sub-freezing temperatures.

"I think this was just a surprise on everybody," Wesson said. "I didn’t think it was going to be like this and I’m sure a lot of city officials were, too."

People are clinging to hope that the boil advisory doesn't last long saying these are times we're all reminding each other we can get through this.

"We’ve been in some sort of quarantine state since the beginning of last year. We can get through this. We have been getting through this," Gibbs said.

Line of cars stretching more than 2 blocks at the Pink Palace location for free water. Each car gets a case. @LocalMemphis pic.twitter.com/S1ujDkWtif