Woman awakens to find snake in her Memphis hotel bed 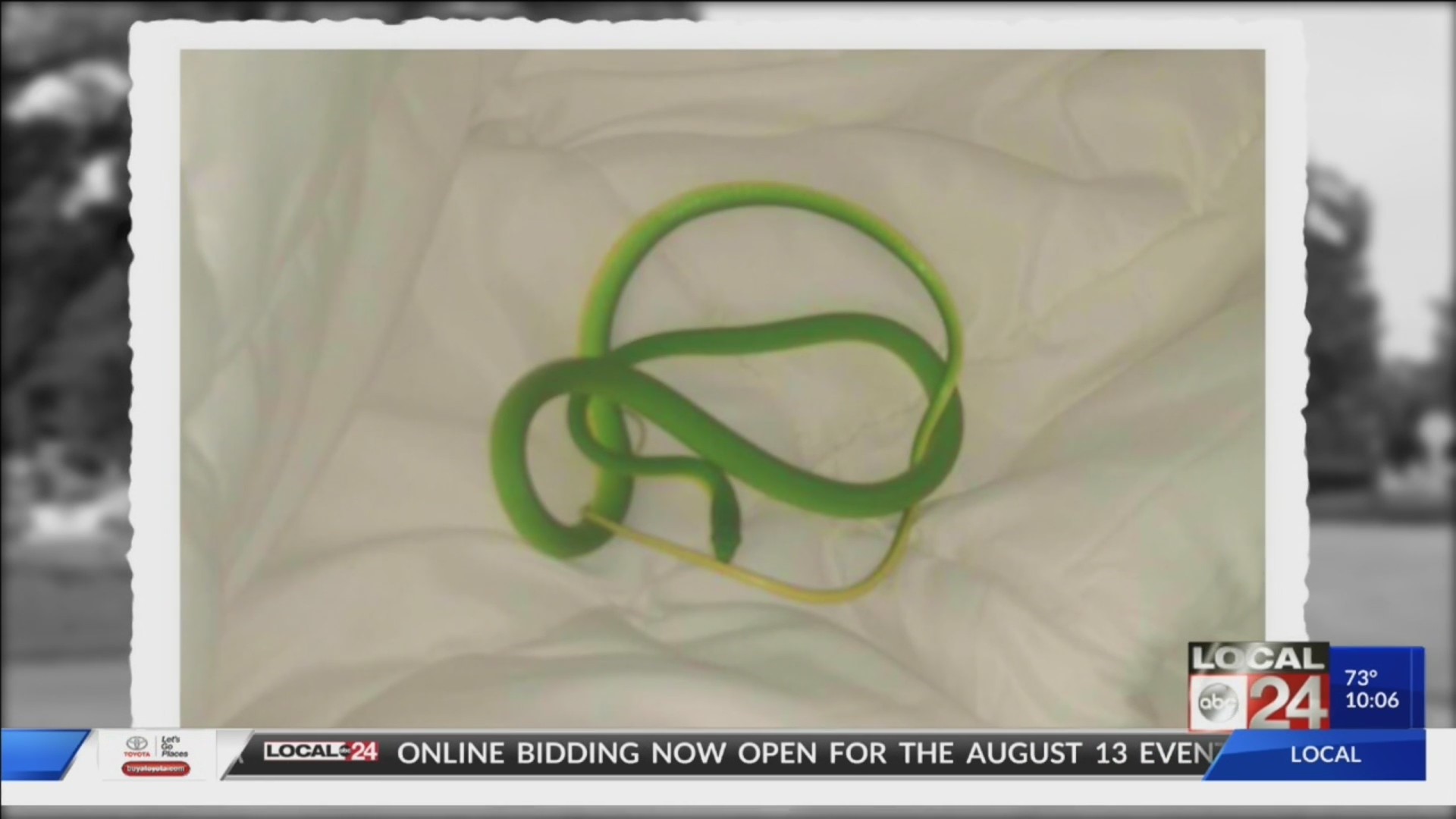 “It was stretched out completely across my arm,” said Melinda Major. “I just panicked. I am terrified of snakes.”

Melinda Major discovered it Friday morning. She at first thought the movement on her arm was her husband, but she then remembered he was not with her.

“I jumped up, I flicked it off. It went up against the headboard, and landed back in the bed.”

Major jumped onto a second bed and snapped this picture.

She notified hotel staff, who took action to remove the snake.

The safety and security of our guests is at our upmost priority at all times at the Hampton Inn Memphis-Walnut Grove/Baptist Hospital East.  Upon learning of the incident, the hotel immediately removed the garden snake and alerted pest control who surveyed the room further.

A snake expert at the Memphis Zoo says the green snake is harmless.

“The green snakes are so small, could come through a crack in a doorway or a window,” informed David Billard, the Memphis Zoo’sHerpetarium Keeper. “They love to climb trees. Typically, snakes are not going to come into your house. There’s not much reason for them to. In general it’s just kind of an accident.”

Major, who was in town for a doctor’s check-up appointment, tells Local 24 News she’s not blaming the hotel.

“Of course it’s a little scary right now,” she said. “I don’t know if I’d go stay the tonight, tomorrow or anything. I don’t blame the hotel or anything.”

From now on,  she’s checking for any roommates without legs.

“Just take a second to look under your bed or check your blanket or things like that. It’s something I never thought to do either, but I will from now on.”