You know better than this Governor, so why aren't you wearing the mask?

A photo was released of Governor Lee at a Trump boat rally with no mask and no social distancing. 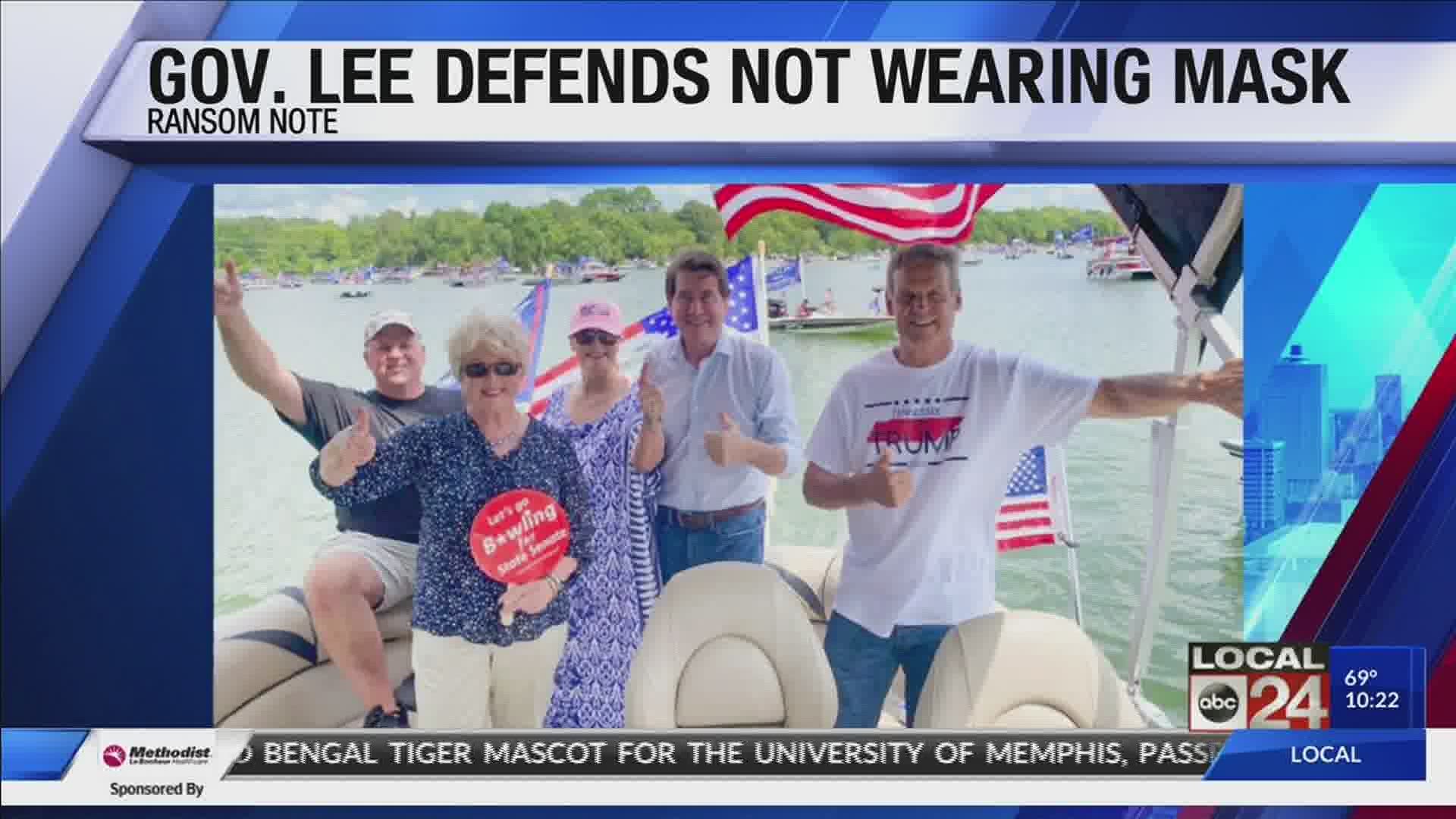 MEMPHIS, Tenn. — In tonight’s Ransom Note: not leading by example.

Tennessee taxpayers are spending more than four million dollars this year on its “Face It” campaign. You’ve probably seen commercials urging us to wear face masks.

So, it’s not surprising Governor Bill Lee is on the defensive after a picture was posted on social media showing him at a Trump boat rally. He wasn’t socially distancing or wearing a mask while living it up with Republican Senate Candidate Bill Hagerty along with three thousand others and 400 boats.

Just for the record, the Hagerty campaign posted the photo.

When asked about it, Lee said, “There are circumstances where I don’t wear a mask because I don’t feel I’m at risk in that situation, But, yeah, I felt safe. And when I don’t, I wear a mask.”

Hundreds of boats lined up at Tims Ford Lake for the Trump Boat Parade! One thing is clear: Tennesseans are ready for #FourMoreYears of President @realDonaldTrump! #MAGA pic.twitter.com/Ad6SIWugm3

There’s just one problem with that.

The Governor show know that we don’t wear masks to protect ourselves, we wear them to protect others.

But I think he does know. Just this week, Lee said, “I think Tennesseans need to know, and they hear my every day, and they see me in masks every day. They watch what we say and what we do. I think it’s really important and I think it’s very serious.”

I couldn’t agree more, Governor. So, if he knows better, why no mask?

The simple answer is leaders brought politics into a public health care crisis.

It’s why we have four percent of the population and twenty-five percent of the cases.  And why Republican Governors don’t wear masks at rallies for a president who doesn’t either.