Local 24 News Anchor Richard Ransom discusses in his Ransom Note about the Germantown Mayor and Board of Aldermen met and unanimously voted on a resolution. 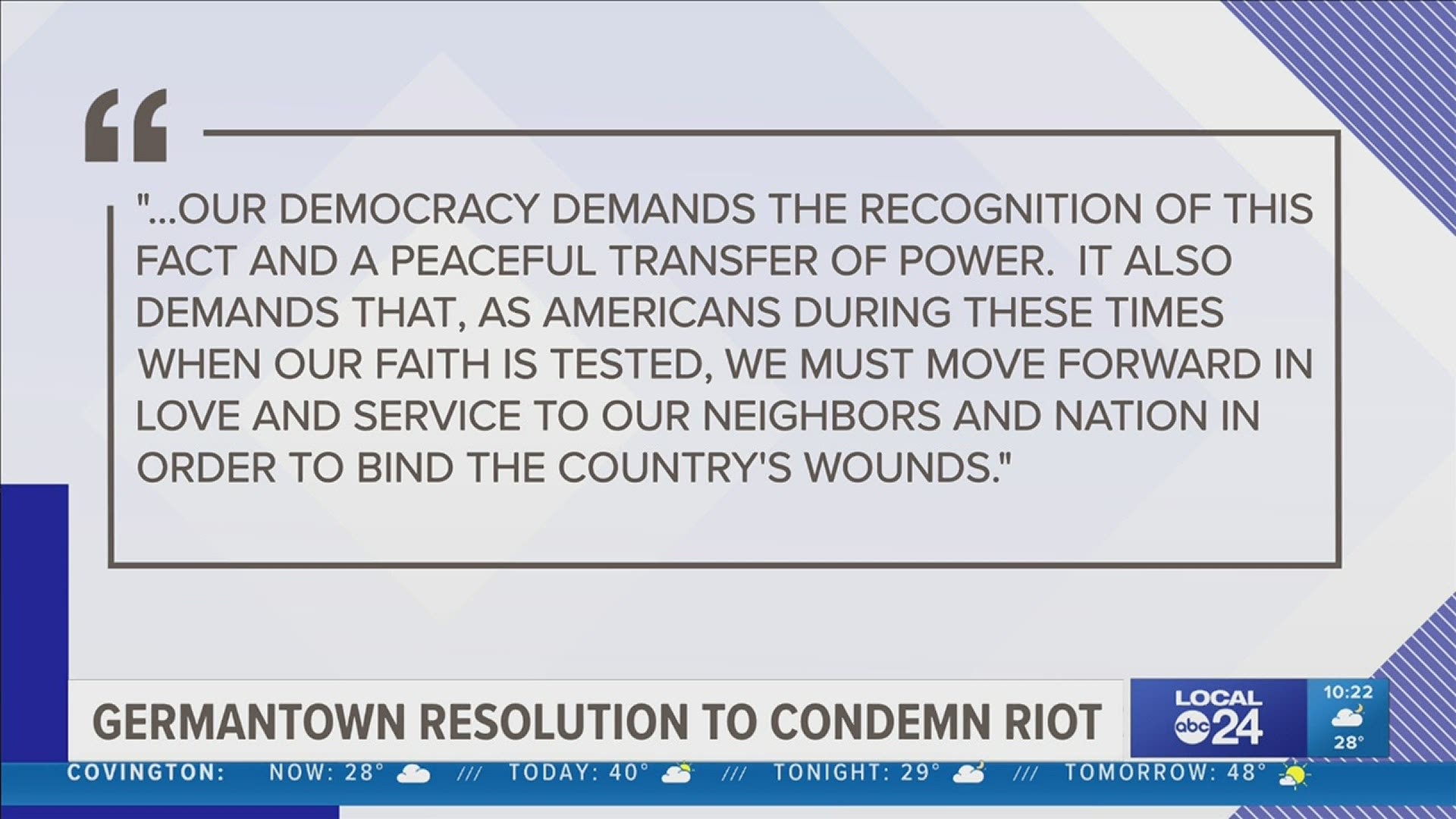 Give it up to Germantown whose Mayor and Board of Aldermen tonight unanimously adopted a resolution condemning Wednesday’s violence on the Capitol and asking for unity.

The resolution said, “The insurrection that took place will not stand and cannot be allowed to go unrecognized or unremarked.”

It went on to say the election is over and Americans should aim to unite.

“Our democracy demands the recognition of this fact and a peaceful transfer of power. It also demands that, as Americans during these times when our faith is tested, we must move forward in love and service to our neighbors and nation in order to bind the country’s wounds.”

It ended by quoting Abraham Lincoln’s first inaugural address in which he said in part, “we are not enemies, but friends and though passion may have strained, it must not break our bonds of affection.”

Look, I’m under no illusions. This resolution will change little, but Germantown is hardly Biden country.

Even so, tonight its elected leaders deserve credit for inspiring us to do better.