Opinion | Nobody likes someone that cuts in line | Richard Ransom

Local 24 News Anchor Richard Ransom discusses in his Ransom Note about the criticism Councilman JB Smiley is getting over a recent tweet. 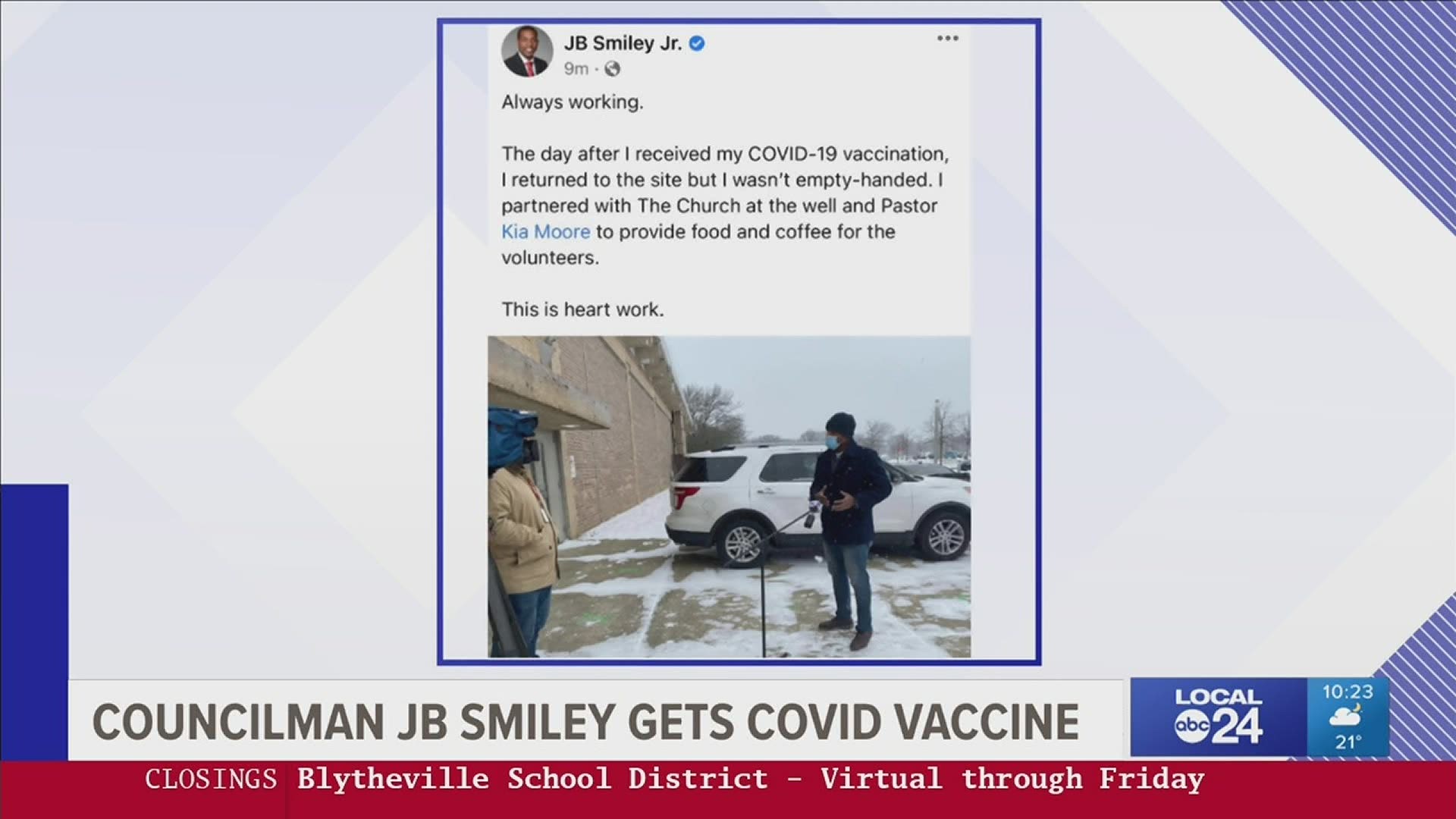 When it comes to getting the COVID vaccine, it’s no secret not everyone does.

Monday, we told you how some Shelby County teachers were upset when Superintendent Dr. Joris Ray rolled up his sleeves ahead of them.

Vaccines were made available last minute and brought to SCS headquarters so they wouldn’t have to be thrown away.

But at least Dr. Ray had permission.

That does not appear to be the case with City Councilman JB Smiley.

Tonight, he finds himself in a dustup after posting a picture of him providing food and coffee for a vaccine site volunteers the day after his shot.

Now, feeding volunteers is a nice gesture. But when many saw he got a shot, they said wait a minute.

Smiley’s a lawyer, so he’s not eligible because of his job. Plus, he’s a healthy guy in his early 30’s.

He’s not eligible given current phases.

So even if he signed-up for a Vax Queue, the health department’s website for calling eligible citizens when there’s a last-minute surplus, he wouldn’t have been notified.

The councilman didn’t respond to my request for an interview.

But responding to some angry citizens last night he tweeted he “closely follows the health department to stay up to date on surplus windows," and also, "received several phone calls thanking him for making his vaccination public actually inspiring them to get the shot.”

He added in another tweet saying that he waited three hours.

But so far, he’s failed to explain how he was notified and how he was eligible.

It’s not a good look.