Opinion | If Memphis Police officers --and firefighters-- really want to protect and serve, they need to get vaccinated for COVID-19 | Otis Sanford 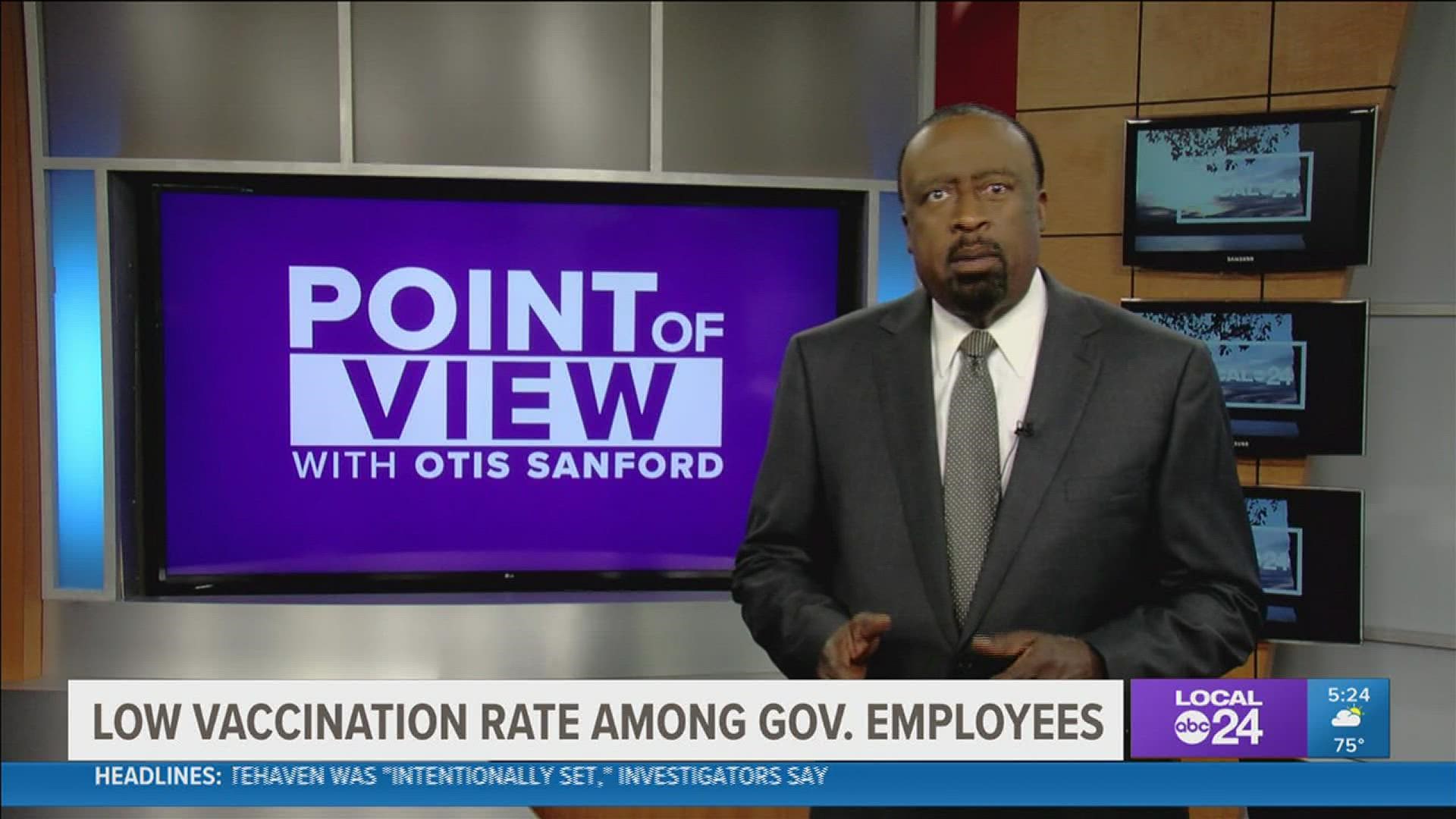 MEMPHIS, Tenn. — We have seen the numbers and frankly, they are unacceptable. The percentage of city government employees who have been vaccinated against COVID-19 is woefully low, and it’s time for the administration to impose a vaccine mandate.

The vaccination rate among city fire fighters is 48% – and among city police, it’s 47%. Workers in the solid waste division have the worst rate of all at just 37%, which helps explain the spotty trash collection service the past year.

But it is the low rate among public safety employees – police especially – that is the most disturbing. These are people who come in closer contact with members of the public than sanitation workers or even firefighters. That has to be discomforting for motorists being pulled over by a Memphis officer – not to mention people being detained, handcuffed and arrested.

The only good news in the numbers shared with the city council yesterday is that 91% of employees in the executive division of government have been vaccinated.

While I won’t be as harsh as councilman Edmund Ford, Sr., I agree with him. There must be a vaccine mandate for city workers, and if employees want to challenge it in court, so be it. The virus is bad enough as it is. We certainly don’t need people who are sworn to protect and serve – making us sick instead, or worse, killing us.

I’m Otis Sanford, and that’s my point of view.

We are deeply saddened over the tragic and untimely death of one of our very own, Memphis Police Officer Jimmie Alex...