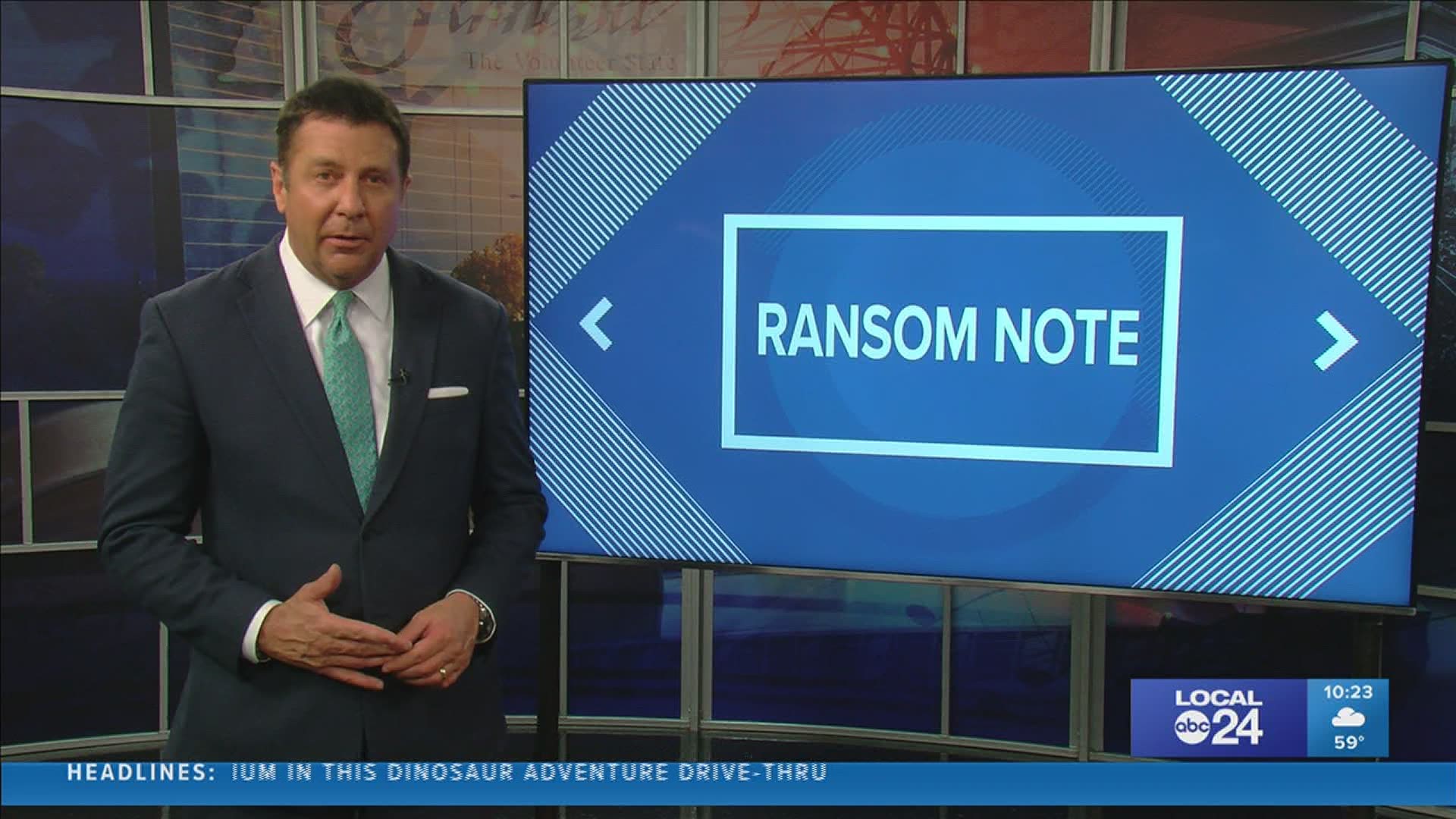 MEMPHIS, Tennessee — In Friday’s Ransom Note: growing signs Memphis' economy is about to take off. We learned today a new company, Sylvamo Corporation, is looking at Memphis to locate its global headquarters. Cities hear that, and the competition gets fierce. Here's why. This headquarters would bring 300 jobs to the area and the average pay is $179,234 in salary and bonuses.

There's more good news. The Greater Memphis Chamber told the Memphis City Council and county commission other companies are also looking at the Bluff City. In fact, right now, 42 companies are considering moving here. They'd bring more than 9,000 new jobs with an average salary of more than $52,000 a year. Of course, they all  want a tax break, their hands out seeing which city gives the sweetest deal. That's where those controversial PILOTs come in, which reduce property taxes to lure companies, but the chamber wants to make them better.

Ted Townsend, the new chief recruiter for the chamber, told the Memphis Business Journal he wants to focus more on high-paying industries, maybe a customized set of incentives for businesses owned by African Americans. For companies with lower paying jobs, there's talk of not giving incentives unless the minimum pay is say $15, maybe $17 an hour. We'll see where this all goes, but it's good to see we're in the hunt for some promising prospects.

Looking for a new career? Visit the Greater Memphis Chamber’s Jobs Board to find opportunities with some of the best companies in #Memphis. #InvestedInMemphis #Jobs https://t.co/KFUBM5Y2yI pic.twitter.com/33wspOJAIo