Local 24 News political analyst and commentator Otis Sanford shares his point of view on protesters in the front yard of the district attorney's home. 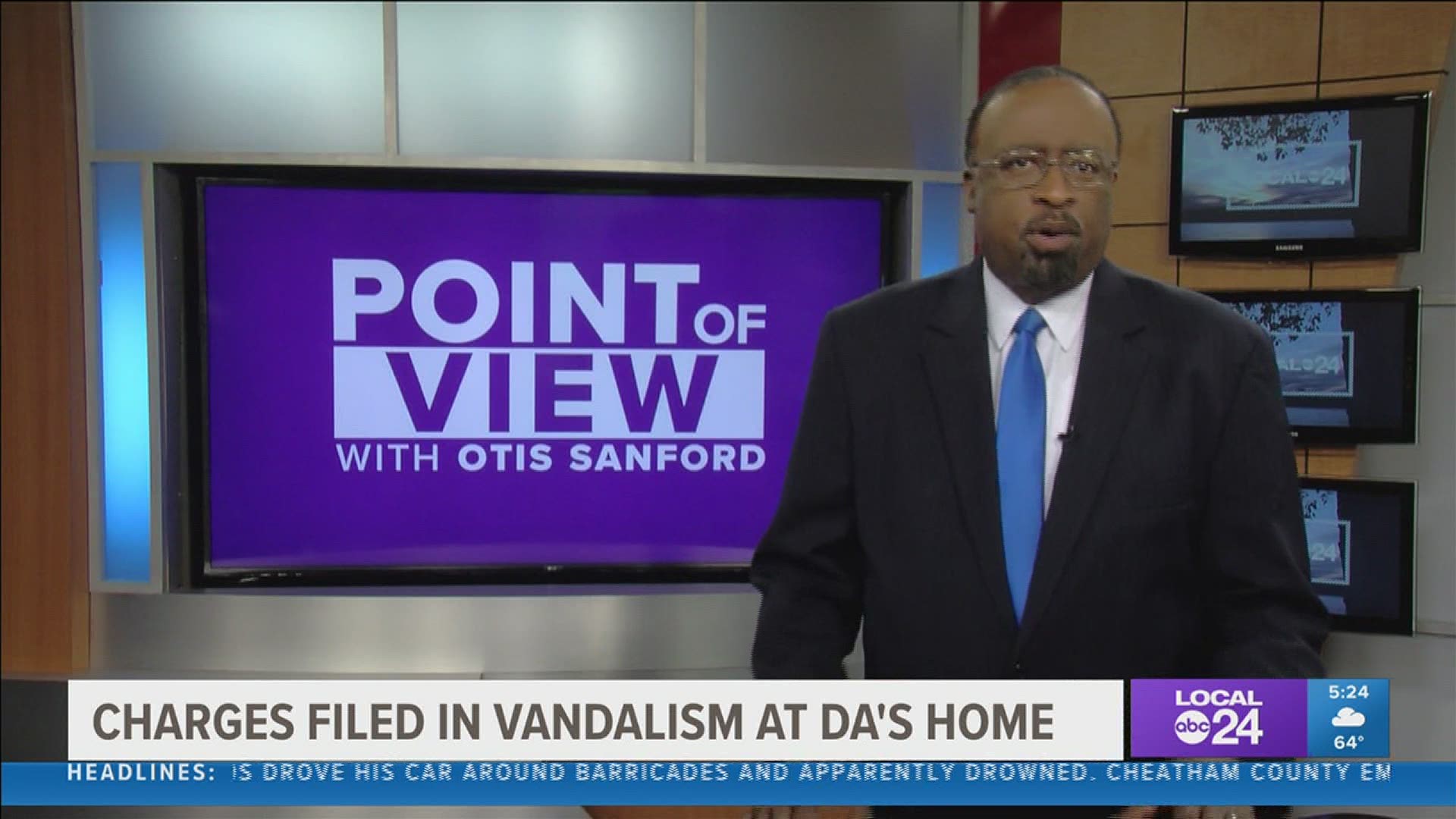 MEMPHIS, Tennessee — It’s not every day that misdemeanor charges of vandalism and disorderly conduct become headline news, but these charges are not ordinary. They were filed against local activists, who protested at the home of district attorney Amy Weirich.

You might recall that last July 4th, some 40 protesters showed up in the front yard of Weirich’s east Memphis home, but rather than peacefully protest, activists burned American flags that were lined along the driveway – and set off fireworks in Weirich’s yard.

Now we learn that four protesters were indicted on the misdemeanor charges in November – and were arrested within the past week. The charges were brought by a special prosecutor from outside Shelby County. All four defendants have posted $500 bonds and have been released, but this case highlights an intriguing issue over how far demonstrators should go while protesting. Weirich insists the protest at her home crossed an unacceptable line. Activists argue the charges amount to retaliation.

Here’s what I say: Peaceful protests are a First Amendment right, but destroying private property and potentially creating a fire hazard with fireworks are not. I realize protests sometimes can be disruptive, but there is a difference between getting into ‘good trouble’ and blatantly breaking the law.

Should the four protesters go to jail? No, but even public officials have rights and these July 4th fireworks crossed the line. That’s my point of view. I’m Otis Sanford, for Local 24 News.

Let’s each do our part to keep our community safe by reporting crime. pic.twitter.com/oC3UDoLpBH