Opinion | Should vaccines be required for workers of big companies? | Richard Ransom

Richard Ransom discusses how more employers are requiring vaccines for workers, but Memphis Mayor Strickland doesn't want to require it for first responders. 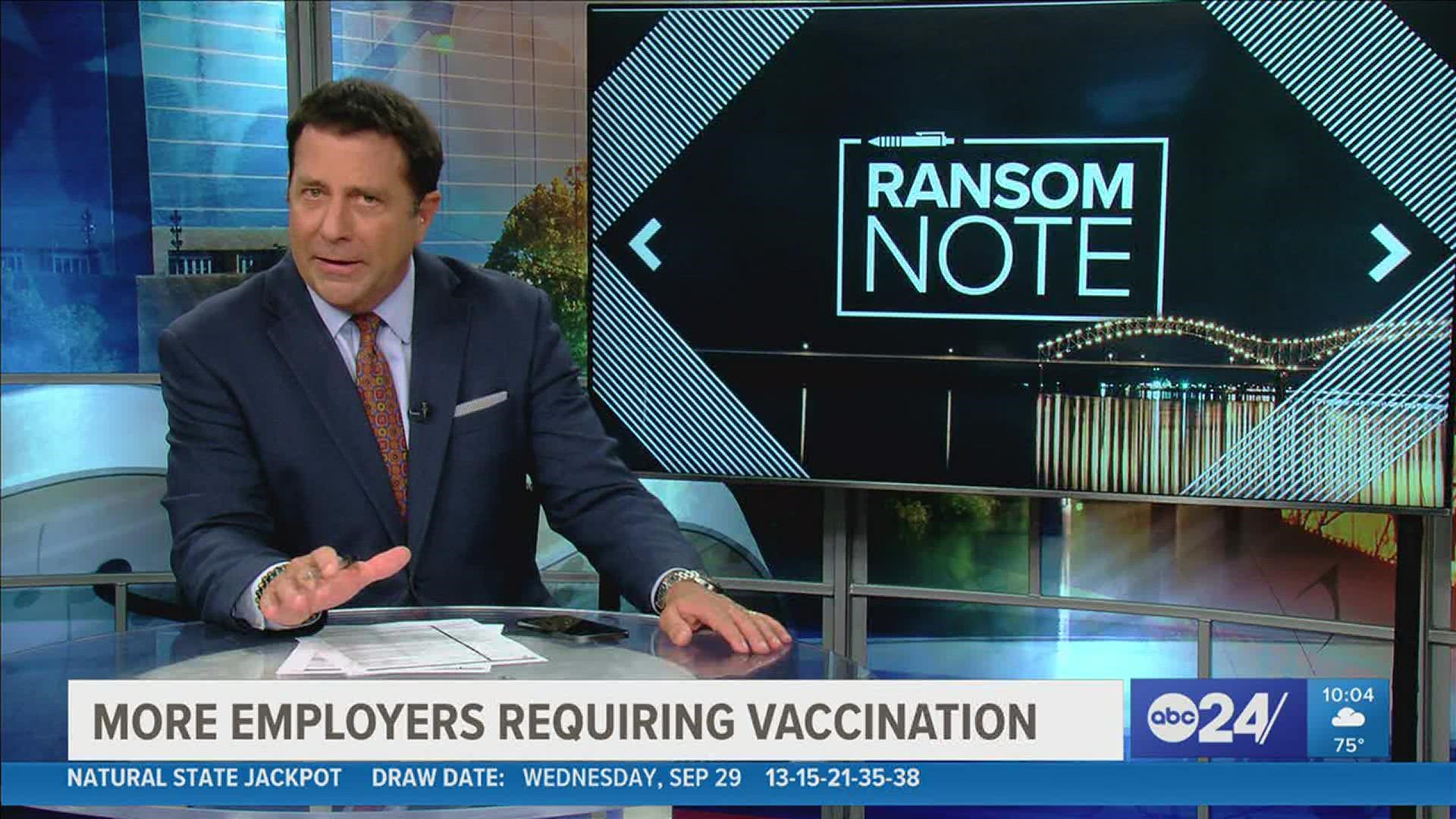 MEMPHIS, Tenn. — In tonight's Ransom Note: to require vaccinations or not?

FedEx Forum made it official tonight that it will require proof of vaccinations if you want to attend a Grizzlies or Tiger's game or even to go to a concert. If not, you better have a negative COVID test that is 72 hours old.

For those of us who got vaccinated, it's not a big deal. In fact, we rather like the idea of attending a public event we know is COVID free.

Many of our workplaces are requiring vaccinations to keep our jobs, including ABC 24.

United Airlines announced today it's firing almost 600 workers for refusing to get vaccinated.

AT&T, one of the largest employers, said it will too impose a mandate for its workers.

However, Memphis Mayor Jim Strickland told the Commercial Appeal that he's reluctant to impose a mandate among our first responders because too many might walk off the job.

"If you mandate it, you need to be prepared for a certain number of your employees to leave," Mayor Jim Strickland said. https://t.co/bSaua0It0v

Wait a minute, who pays their salary?

Look, we wouldn't be here talking about this in late September if people had just gotten their shots. Count me among the frustrated with those who won't.