Advance ticket sales for the annual game between Jackson State and Tennessee State are the best they've been in 15 years. 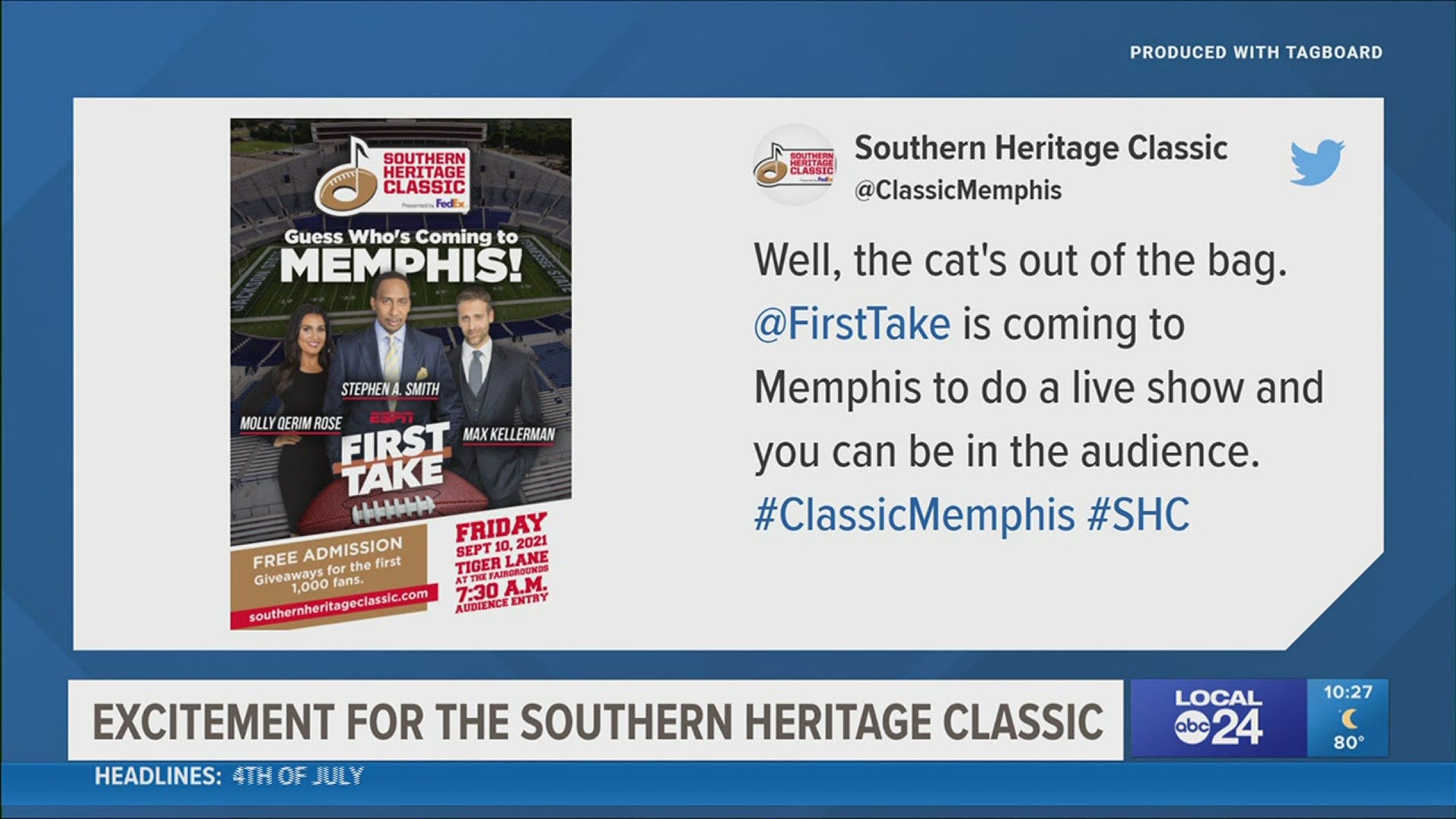 MEMPHIS, Tenn. — In Wednesday’s Ransom Note: the Southern Heritage Classic is going to be classic alright.

Founder Fred Jones told me tonight advance ticket sales for the annual game between Jackson State and Tennessee State are the best they've been in 15 years. Funny what happens when you have Deion Sanders and Eddie George coaching on the sidelines, as they will be on September 11th.

Then came tonight's announcement that the popular ESPN show First Take will be broadcasting from Tiger Lane the night before the big game. If you've ever watched, you know hosts Stephen A. Smith, Max Kellerman, and Molly Qerim Rose don't hold back. They'll debate anything. A thousand fans will be allowed inside to watch the broadcast for free. It's not just another great "get" for the classic but also for TSU and JSU, and for Memphis in terms of national exposure. And I’m told don’t be surprised if there are more big announcements before kick-off.

Well, the cat's out of the bag. @FirstTake is coming to Memphis to do a live show and you can be in the audience. #ClassicMemphis #SHC pic.twitter.com/AHWjc0L841