The northeast and Chicago area would see the most expanded Amtrak service. 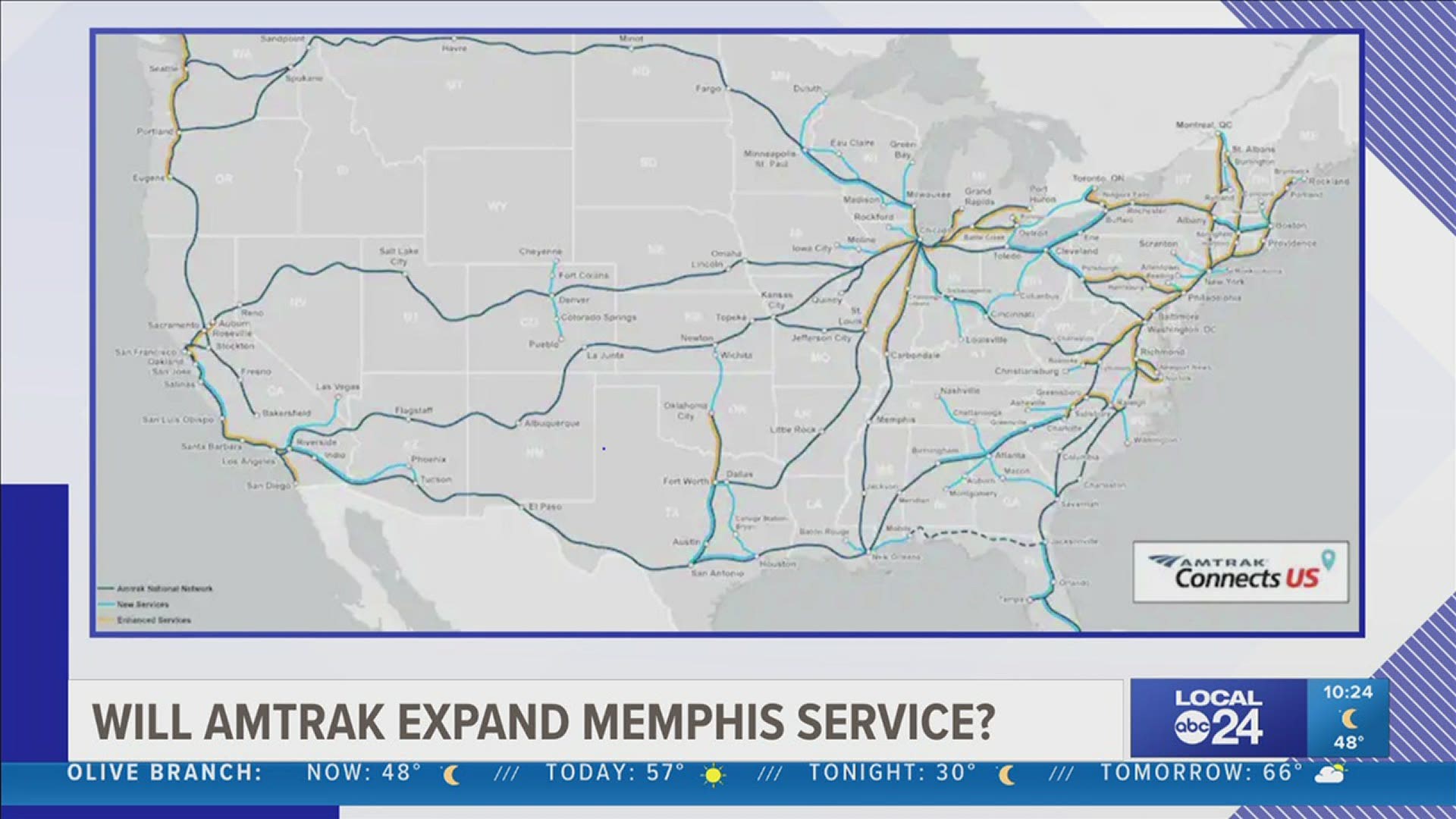 There's a lot of that going on this week ever since President Biden unveiled his $2.3 trillion infrastructure plan, with $80 billion earmarked for rail service. What would it mean for Memphis? No one's sure yet, but here's the talk right now.

This map is from Amtrak. Dark blue lines are cities it already serves, light blue lines are new cities Amtrak would like to start serving, and yellow lines show where it would like to expand service. That yellow line from Chicago to Carbondale, Illinois might translate into more daily service to Memphis, but right now that's about it. Nashville isn't served by Amtrak yet but might get new service to Atlanta. It looks like the northeast and Chicago area would see the most expanded service.

Amtrak told The Daily Memphian that map could change. You could see service between Memphis and Nashville and maybe on to Knoxville. There's even talk of a high speed train link between Memphis and Little Rock. If people would use it, I'm all for it, but that's the unanswered question. Tell me what you think! Join the conversation by email (rransom@localmemphis.com), Facebook, or Twitter.