Political analyst and commentator Otis Sanford shared his point of view on the renewed efforts to consolidate Memphis and Shelby County governments. 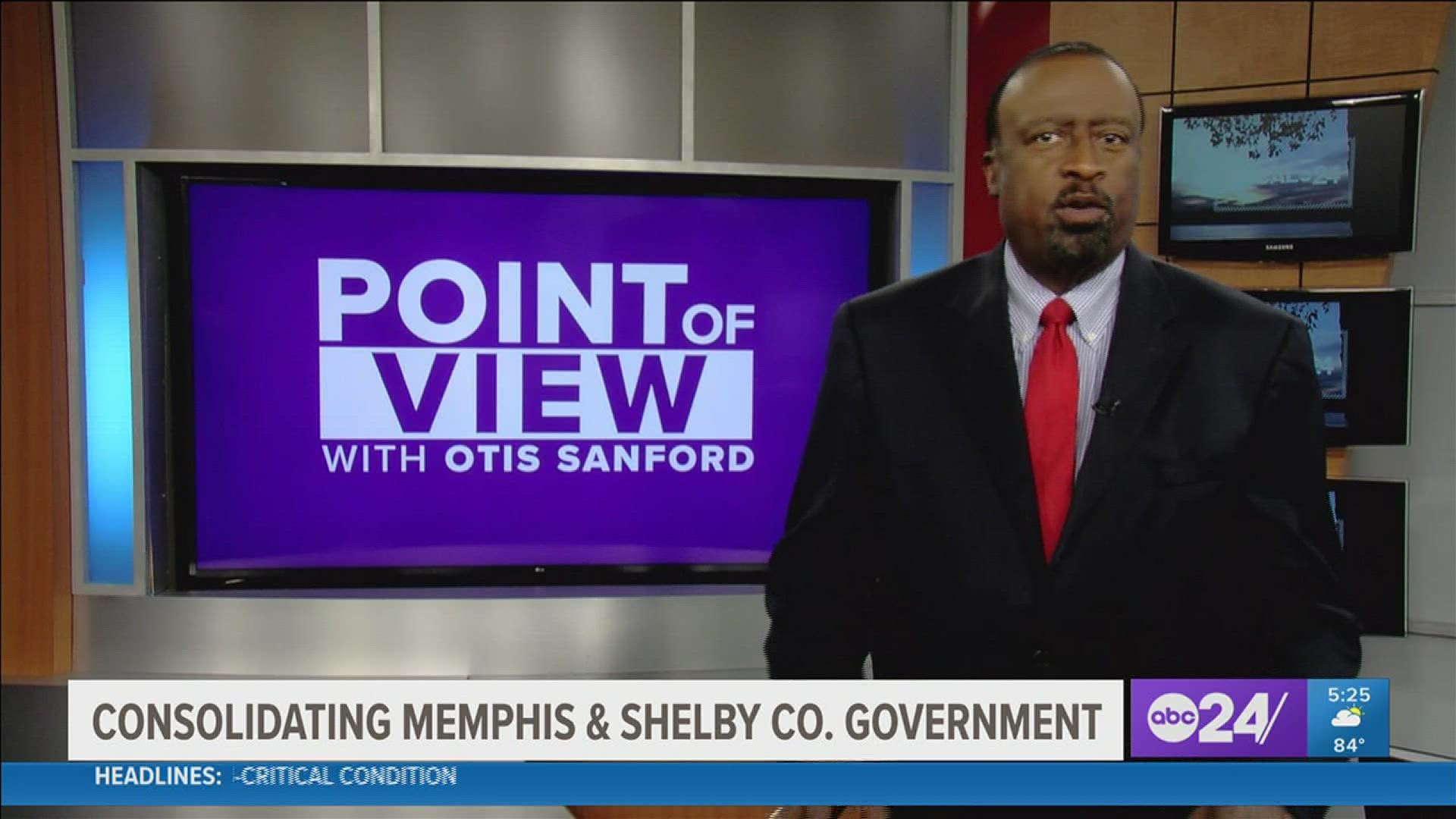 MEMPHIS, Tenn. — Can we all just agree here and now that renewed efforts to consolidate Memphis and Shelby County governments are a colossal waste of time? I think so, even if those pushing a merger do not.

At this point, only a handful of local leaders are in favor of moving forward with consolidation talk. The city council voted earlier this month to form a study group to determine if a consolidation charter commission is even feasible.

And last week, several county commissioners threw ice cold water on the idea. Commissioner Tami Sawyer was the most vocal opponent, saying the city of Memphis has more to lose if a merger were to occur. Sawyer said those pushing consolidation are majority white, majority male, and majority wealthy. And with newly released 2020 census numbers showing Shelby County’s white population down to 35 percent, Sawyer’s complaint is one that will likely stick.

Plus, I don’t know of anyone in the suburbs who favors consolidation. Certainly not elected officials. Both Collierville and Germantown have proposals on their board agendas next week to formally oppose consolidation, and they will likely pass with ease.

So what more do we need? Suburban voters told us 10 years ago they don’t want a government merger, and nothing has changed since. So yes, let’s study ways to create more efficiency in all local governments. But let’s drop the consolidation talk – once and for all.