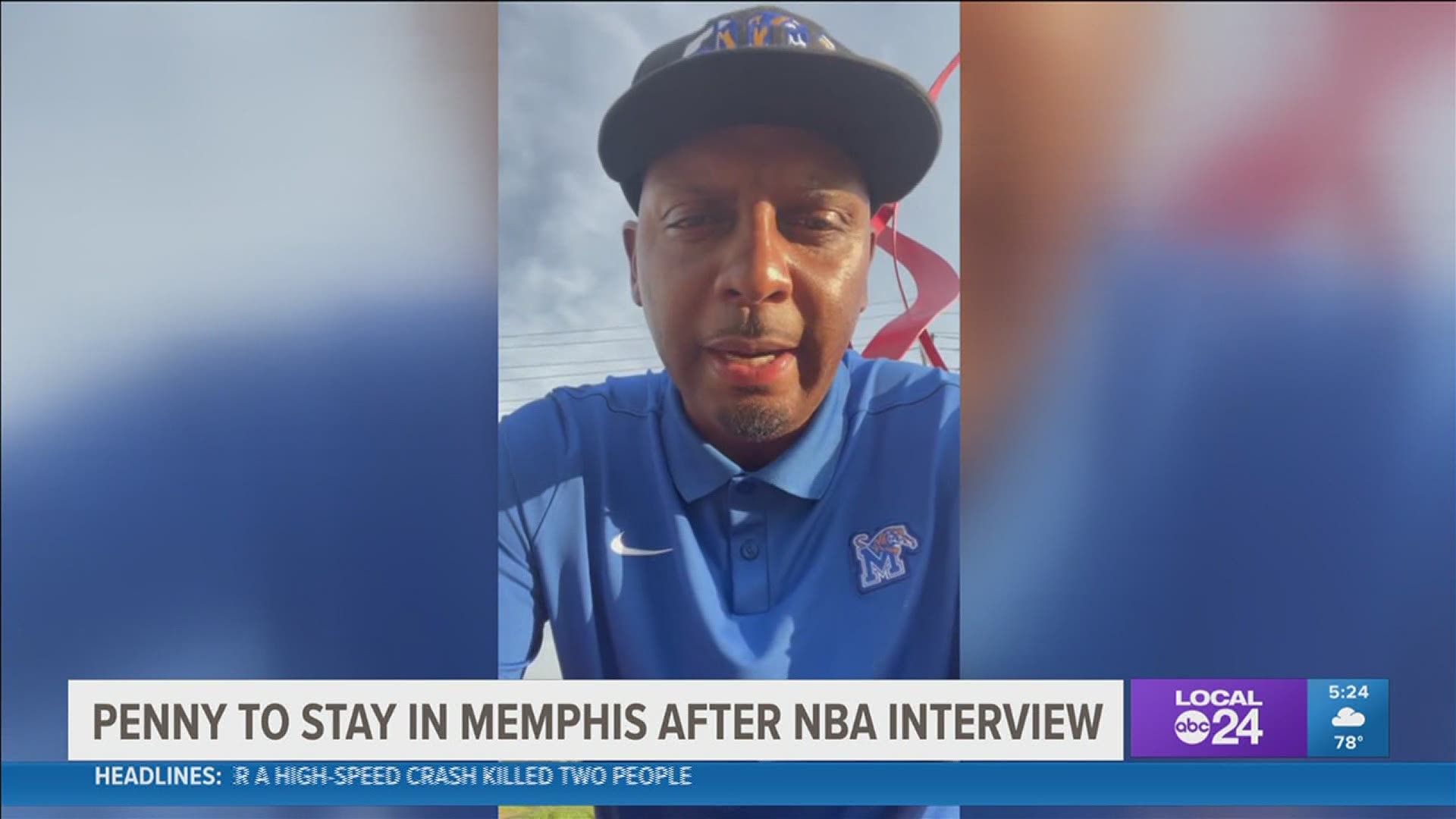 MEMPHIS, Tenn. — The news circulated around Memphis quicker than a three on one fast break. University of Memphis head basketball coach Penny Hardaway is staying. He made it official Tuesday night on Instagram, and Tigers fans finally breathed a sigh of relief after weeks of speculation that Hardaway could be headed to his former NBA team, the Orlando Magic.

There is no doubt that Hardaway was a serious candidate for the Magic coaching job. He became a superstar in Orlando and helped lead the team to the NBA finals in 1995. In his Instagram message, Hardaway left the door open for one day coaching in the NBA. But not now, the Tigers are in the hunt for a couple of five-star recruits – and there reports are that Hall of Fame coach Larry Brown will join Hardaway on the bench as an assistant coach.

The fact is, had Penny gotten the Orlando job, it would have been disastrous for the U of M and for Memphis. As I’ve said before, basketball in the Bluff City, both college and pro, is an economic driver. And Penny has been good for business.

So for the moment, all is well in Tiger nation. The hometown hero who took the team to the NIT championship this year, is now setting his sights on getting the Tigers back to the NCAA tournament – after a seven-year absence. Nothing would made fans happier. And that’s my point of view.