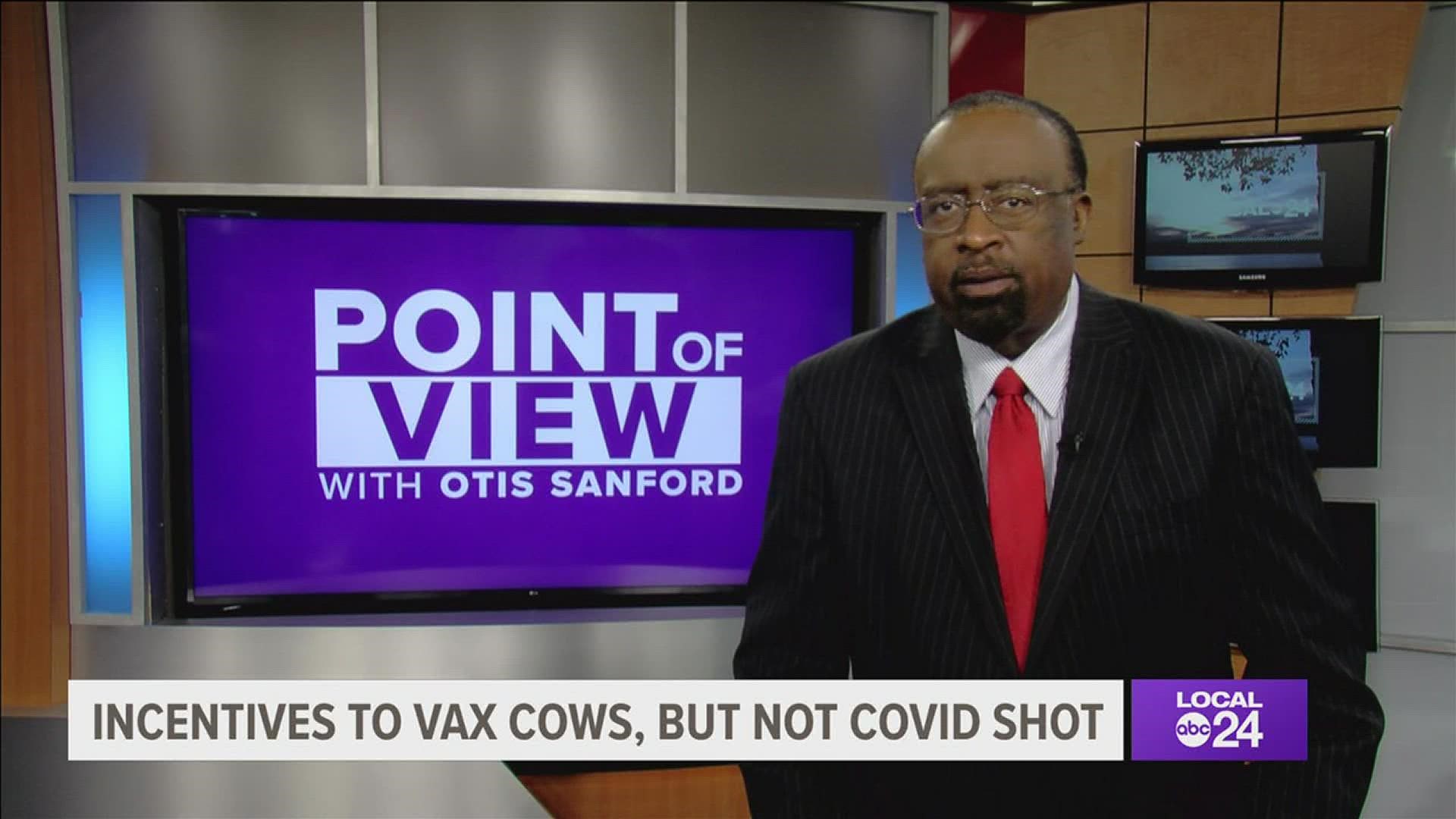 MEMPHIS, Tenn. — Here’s one that will make you go hmmm. The state of Tennessee has repeatedly refused to offer incentives, financial or otherwise, for residents to get the COVID-19 vaccine. And yet, over the last two years, the state has paid nearly half a million dollars to farmers to vaccinate their cattle against diseases.

I know. It sounds too ridiculous to be true. But it is. According to media reports, Gov. Bill Lee’s administration currently offers reimbursements of up to $1500 to farmers who vaccinate their livestock under a program called Tennessee Herd Health.

And it just so happens that Lee is a cattle farmer – raising Polled Herefords on his family’s Triple L Ranch. I promise, you can’t make this stuff up. I won’t get into the appropriateness of paying farmer to inoculate their herds. But Tennessee’s human vaccination rate against COVID is still about 40%. And that is nowhere near what’s needed to fight back against the highly contagious Delta Variant.

Unlike his counterparts in other states, including Ohio, Lee is not interested in incentivizing humans to protect themselves against the deadly virus. Plus, he and his Republican pals in the legislature keep threatening to block efforts to mandate wearing masks – particularly in schools.

Believe me, I have nothing against cattle. But unlike the governor, I also believe humans deserve just as much care – and consideration. And that’s my point of view.