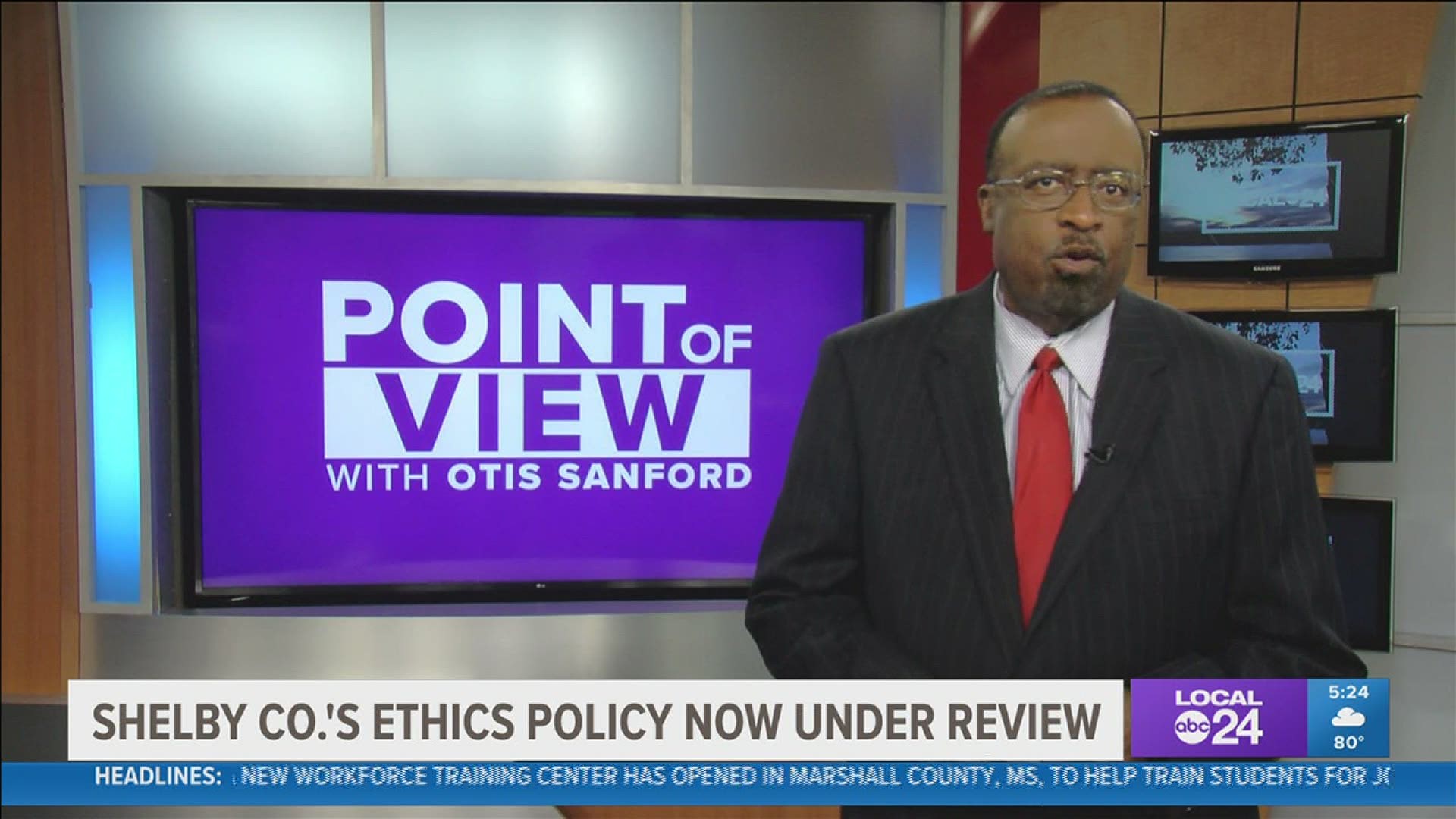 MEMPHIS, Tenn. — They haven’t been in the news lately, but allegations of wrongdoing against County commissioner Edmund Ford Jr. have not gone away. An outside special prosecutor is continuing an investigation into whether Ford illegally profited from a $450,000 county grant that he proposed for Junior Achievement.

But while the investigation quietly proceeds, county Mayor Lee Harris is bringing it back to the spotlight – with proposed amendments to the county’s ethics policy. Harris wants to make it tougher for both elected and appointed county officials to get away with conflicts of interests – by making it easier to discipline them or even remove them from leadership positions. The mayor is also proposing reforms to campaign finance disclosure rules.

Harris insists the proposals are not aimed directly at Ford. But he has also insisted in the past that there is no animosity between them - and I didn’t believe that either. But whether there is or not, it’s always a good idea to look at ethics policies from time to time and see where they can be strengthened.

Ford continues to deny any wrongdoing – and he has not been charged with a crime. But the facts seem to be clear. Ford initiated the Junior Achievement grant, and never disclosed he was selling $45,000 in computer equipment to the agency. That to me is a conflict – no matter what Ford and his lawyer say. And that’s my point of view.