Political analyst and commentator Otis Sanford shared his point of view on the latest debate over Nathan Bedford Forrest. 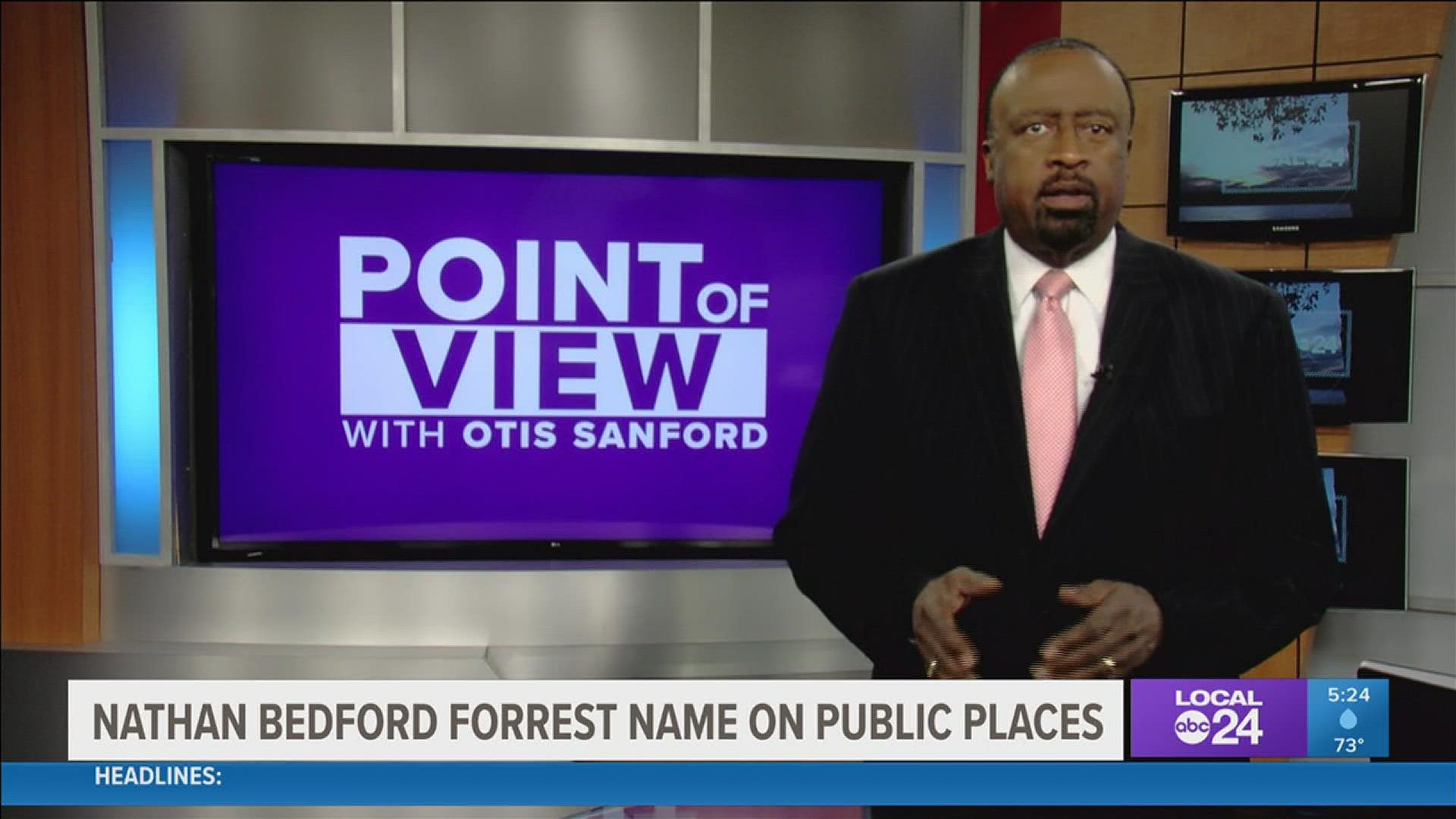 MEMPHIS, Tenn. — Try as we might, Tennessee just cannot move past the specter of Nathan Bedford Forrest. Last Saturday, the remains of the Confederate General and slave trader – and his wife – were reburied at the Elm Springs Plantation in Columbia, Tennessee. The private ceremony brought an end to a long running battle over removing the remains from a former city park in Memphis.

But unfortunately, this is not the end of the Forrest name in public places.

Middle Tennessee State University in Murfreesboro will again seek to remove the Forrest name from its Army ROTC building. To do so, MTSU must get permission from the state Historical Commission, which denied a similar request in 2018.

But the commission now has new members, and MTSU president Sidney McPhee hopes they have a different view about keeping the name of the first KKK grand wizard on the taxpayer funded building. McPhee says Forrest’s name on the building is painful and infuriating to many people, himself included - and now is the time to get rid of it.

No doubt there are those who say enough is enough - vilifying Forrest needs to stop. But the university knows what’s best for its campus community more than confederate sympathizers. Statues of Forrest and Jefferson Davis, along with the Forrest remains, now have a permanent home in Columbia. And here’s hoping MTSU gets a new name for its ROTC building soon.