Opinion | What is up with Beverly Robertson and that letter? | Richard Ransom 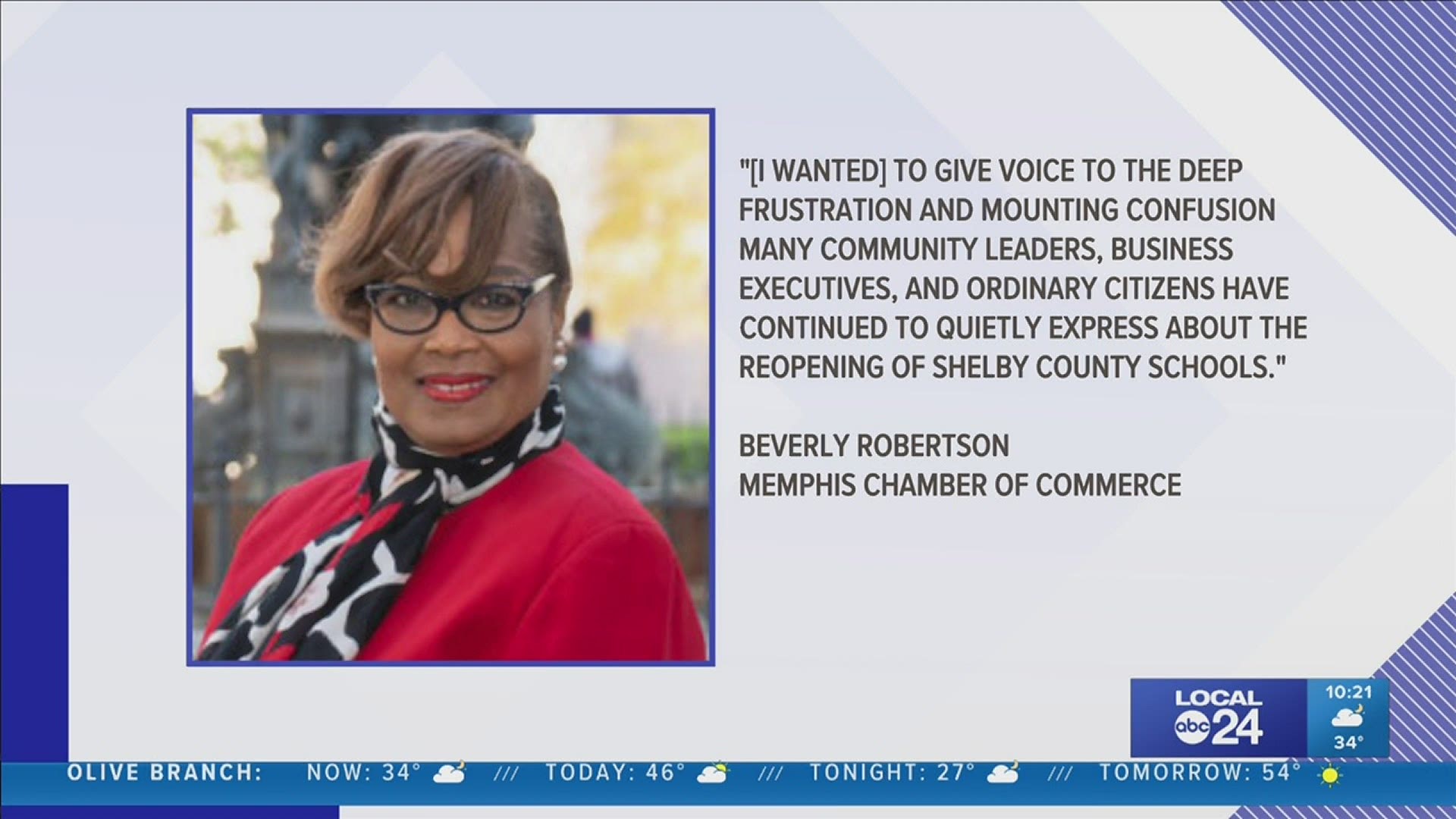 MEMPHIS, Tenn — In tonight’s Ransom Note: out of character.

The Greater Memphis Chamber is by nature a pretty conservative group.

It’s about business, jobs, and doesn’t usually crave the spotlight especially when it comes to their personal correspondence.

In fact, I can’t remember the last time a letter from the President and CEO of the Chamber was released to the news media.

But that’s exactly what happened when Beverly Robertson who, while tactful, also made it clear where she stands on reopening schools, saying in a letter to SCS Superintendent Dr. Joris Ray that she wanted “to give voice to the deep frustration and mounting confusion many community leaders, business executives, and ordinary citizens have continued to quietly express about the reopening of Shelby County Schools.”

For the Chamber to try and publicly pressure the school system like this, is rubbing many people the wrong way including yours truly.

Don’t get me wrong, I respect Ms. Robertson immensely.

But this letter is so out of character for her and the Chamber.

Many are wondering and asking does she have her eyes set on a new position? Is she running for something?