Piper Alberson is only in the fifth grade and already being recognized nationally after emerging as a gold and silver medalist in her rookie speed skating season. 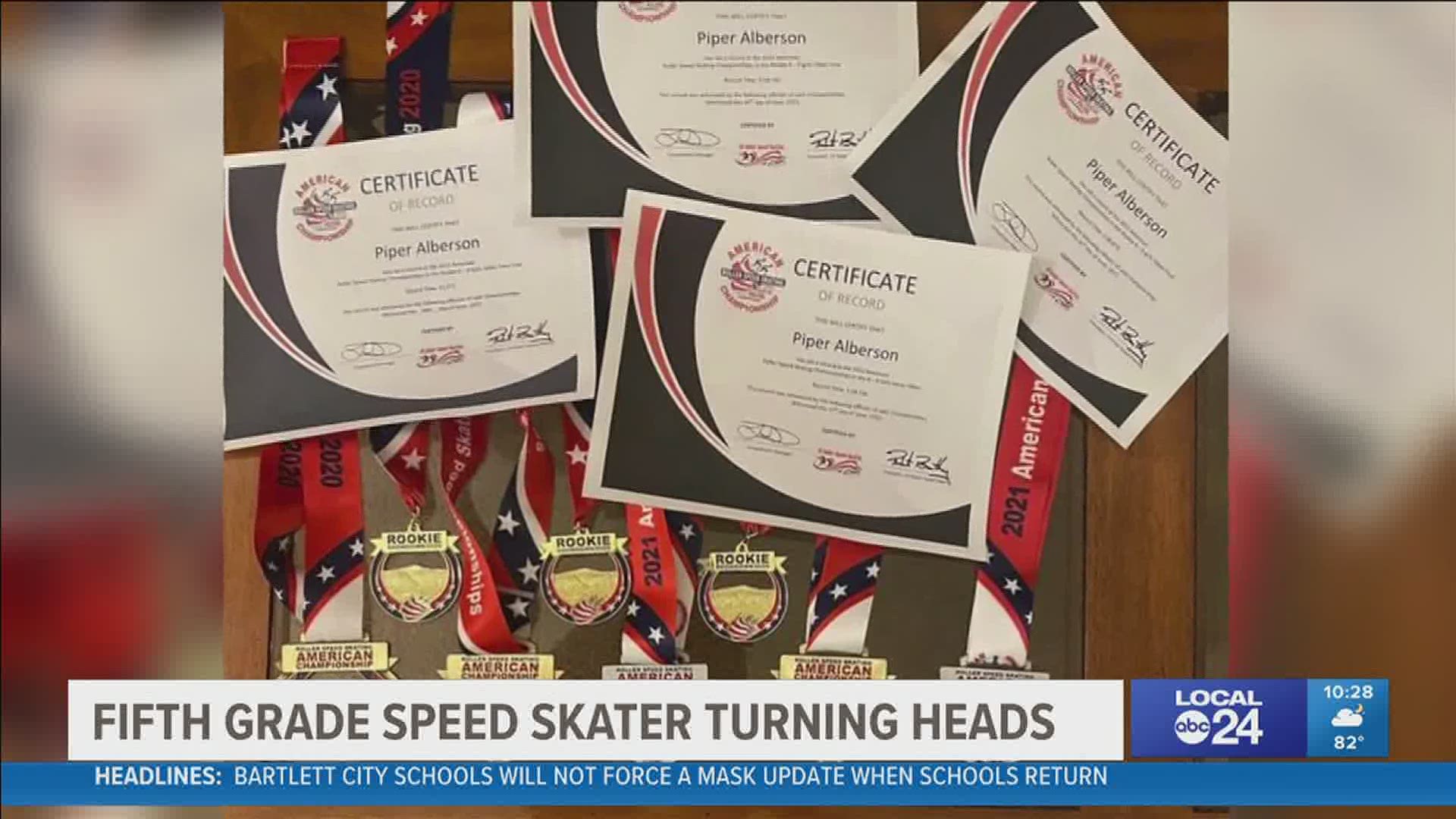 “I started skating with my friends at the skating rink, just for fun,” said Piper.

Piper's mom Julie Alberson noticed that for Piper's young age, she was skilled on skates.

Julie encouraged Piper to try out rollerblades. Soon after, Piper joined the Tennessee Speed Skating team based in Cordova, TN. With limited ability to compete locally, Piper followed in the steps of her 16-year-old mentor Mckenzie Sayle and started competing nationally.

“If she didn’t have someone like that, I don’t know if we would be here,” said Julie.

However, with her success, Piper noticed skating against elite competition comes at a cost.

“She ended up having two bad wrecks where she hurt her knee and her hand was run over by a skate,” Julie added.

Piper's injuries caused her to be nervous at the start of her races, but instead of quitting she trained harder to get better.

“Then there’s me on the sidelines who’s a nervous wreck,” said Julie.

However, Julie said, even with the nerves, she loves watching Piper’s dedication to being the best, pushing her to face her fears.

“It’s an amazing process to see her go from the scared little girl who used to get on the line to the confident girl who’s on the line ready for this battle,” said Julie.

Piper is training is now training for the outdoor nationals held in Waco, Texas in August.