Blank is helping hospital workers, food banks and even his own employees who have been laid off 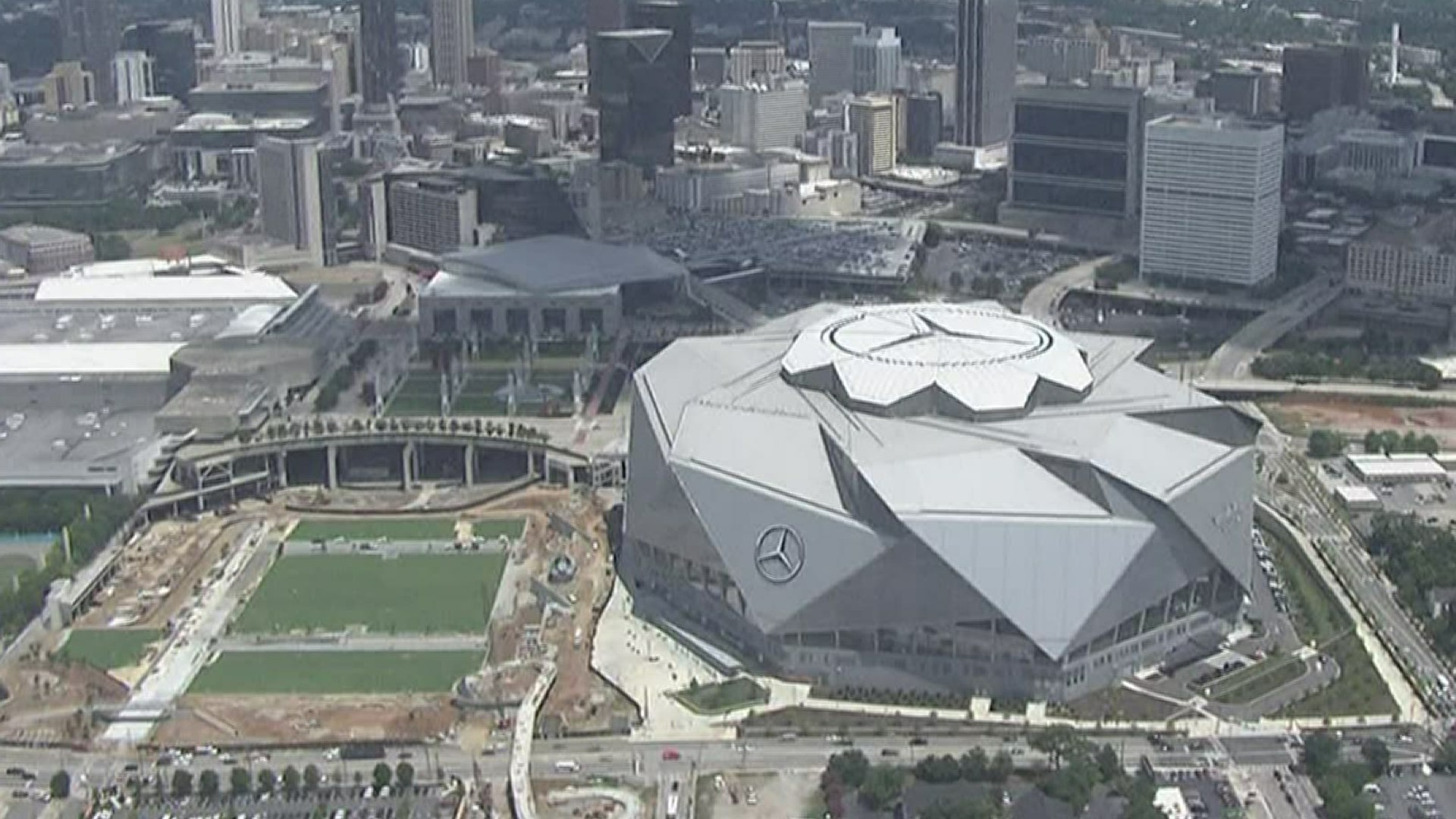 Mercedes-Benz Stadium sits in the heart of Atlanta.

"We want it to be the heart of the community," Steve Cannon, CEO of the stadium and the Arthur M. Blank Group which owns it.

Cannon wants to make sure Atlanta's heart continues to beat as the Coronavirus outbreak continues to shut down sports and has stadiums across the nation sitting empty.

"We're using the capacity at Mercedes-Benz Stadium for good. In fact we've got the people and the kitchen capacity, and we're now using that to provide meals," he said.

On Tuesday, the stadium announced a partnership with Piedmont Healthcare to provide thousands of meals to workers in the front lines. In addition, they're working with Chris180 to provide meals to those in need on the city's westside, a community that Falcons owner Arthur Blank continues to help.

Thousands of pounds of food intended for the Final Four, which was cancelled, went to homeless shelters in the area. Now more food will arrive in the stadium, and chefs will help get that food out to those who need relief.

It's just one of the many ways Blank's family foundation has spent millions for those in Atlanta.

Since the crisis started, Blank dedicated $5.4 million to assist organizations in Georgia providing critical support and helping those who are struggling with housing or putting food on the table.

Blank is also helping his employees despite having many having to be let go while the outbreak shuts down the economy. He created a $1 million fund for his employees during this time.

RELATED: Preparing for the return of sports

It's more than just words. Former employees are saying it's helping right now.

"For the first few weeks, Arthur Blank has been paying people's salaries for everyone in the building," Lloyd Foster said, a former construction worker on the stadium who helped build the $1.6 billion venue.

"They helped me navigate through things, and so I'm doing pretty, pretty good."

Josh Stowell is another stadium employee who thanked his former employer and said they're doing everything they can to help him.

"They keep in touch with us, outside of that, it's really up to the government to this point honestly with unemployment because we didn't expect this honestly," Stowell said.

The field at Mercedes-Benz Stadium may sit empty for some time, but hidden inside, chefs and workers on a skeleton crew will continue to help. Cannon said the stadium will be willing to help the city in any way if called upon. Next door, the Georgia World Congress Center is setting up hundreds of hospital beds. Cannon said they'd be willing to do the same.

"You can talk about core values all day long," Cannon said. "You can't just live those values in the good times. You have to live those core values during the tough times. This is one of those toughest of times."

11Alive is focusing our news coverage on the facts and not the fear around the virus.  We want to keep you informed about the latest developments while ensuring that we deliver confirmed, factual information.