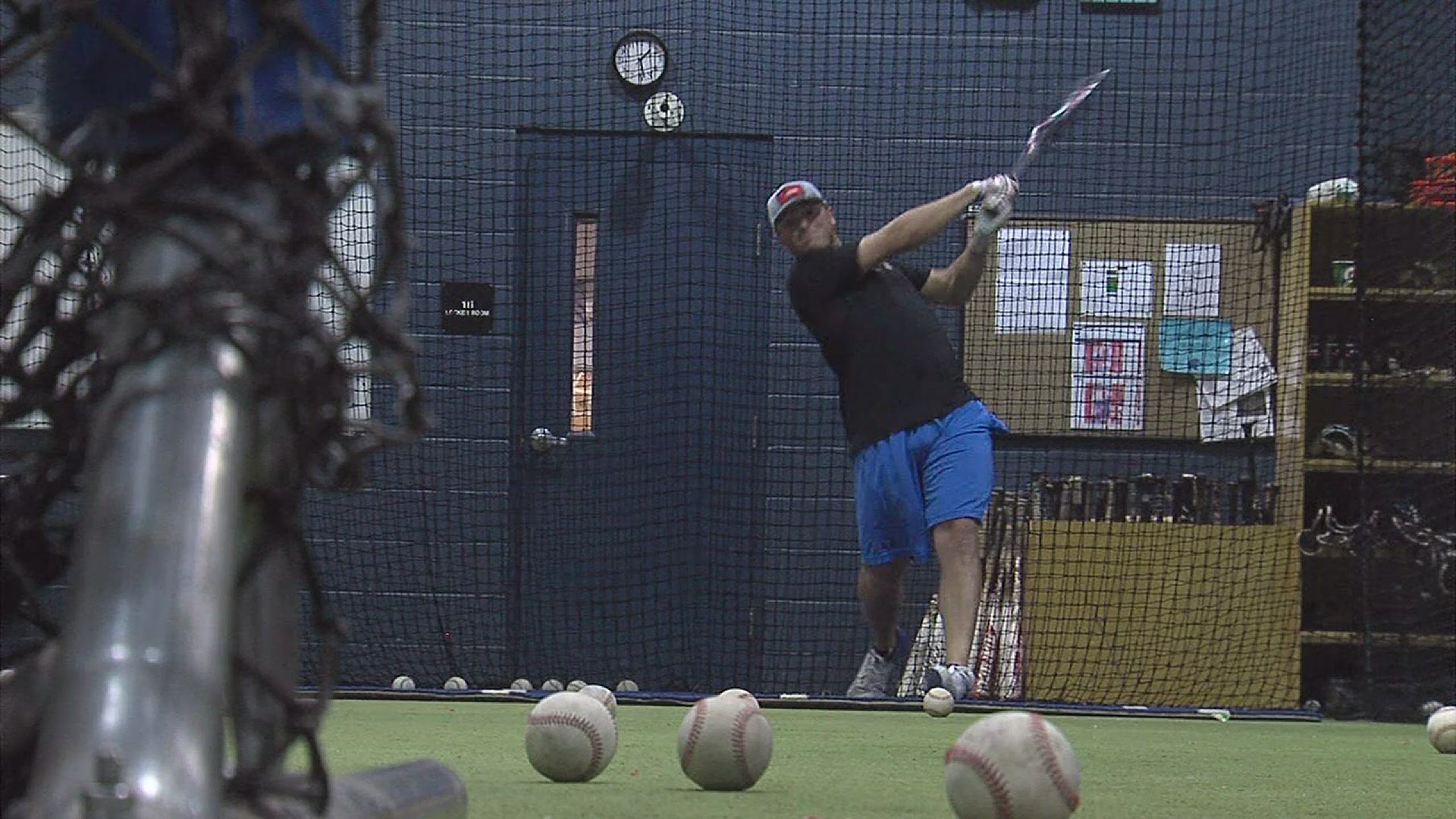 MEMPHIS, Tenn. — The next few days will be a whirlwind.

But inside the batting cage at the University of Memphis, Hunter Goodman finds peace.

"It kind of does take your mind off of things, and it gives you a little happy place if that's what you want to call it,," Goodman said. "When I go to the cage, that's one of the things that helps me stay calm and relaxed."

The Memphis backstop is projected to be selected as early as the first round in the MLB Draft this weekend. Goodman will almost certainly become just the second Tigers position player to be drafted in the top four rounds.

His biggest selling point is his power.

"He can almost at times, it seems like he can hit home runs when he wants to," head coach Daron Schoenrock said. "That is such a unique thing in our game."

Goodman gave scouts plenty to chew on batting .307 while clubbing a program-record 21 home runs this season. But his future behind the plate could be in question, as some teams prefer to move high-end hitters away from the physical demands of catching.  Goodman's preference would be to stay put.

"I want to catch as long as I'm able to catch," Goodman said. "But at the end of the day, whatever team I go to, whatever organization I'm in, I'll do it and I'll try to do it to the best of my ability."

Schoenrock has sent over 100 players on to pro baseball in his 37-year coaching career, including his son, Erik in 2013. He says waiting is the hardest part

"When that draft day comes, there is nothing really much that you can do to change things," he said. "You're at the beckoning and call of when that phone rings, and that's the nerve-wracking part."

"I don't really like to worry about things I can't control," Goodman said. "But it's going to be hard not worry about that stuff here in a few days."