Back in the gym, Team Thad prepares for Peach Jam, Nike EYBL debut 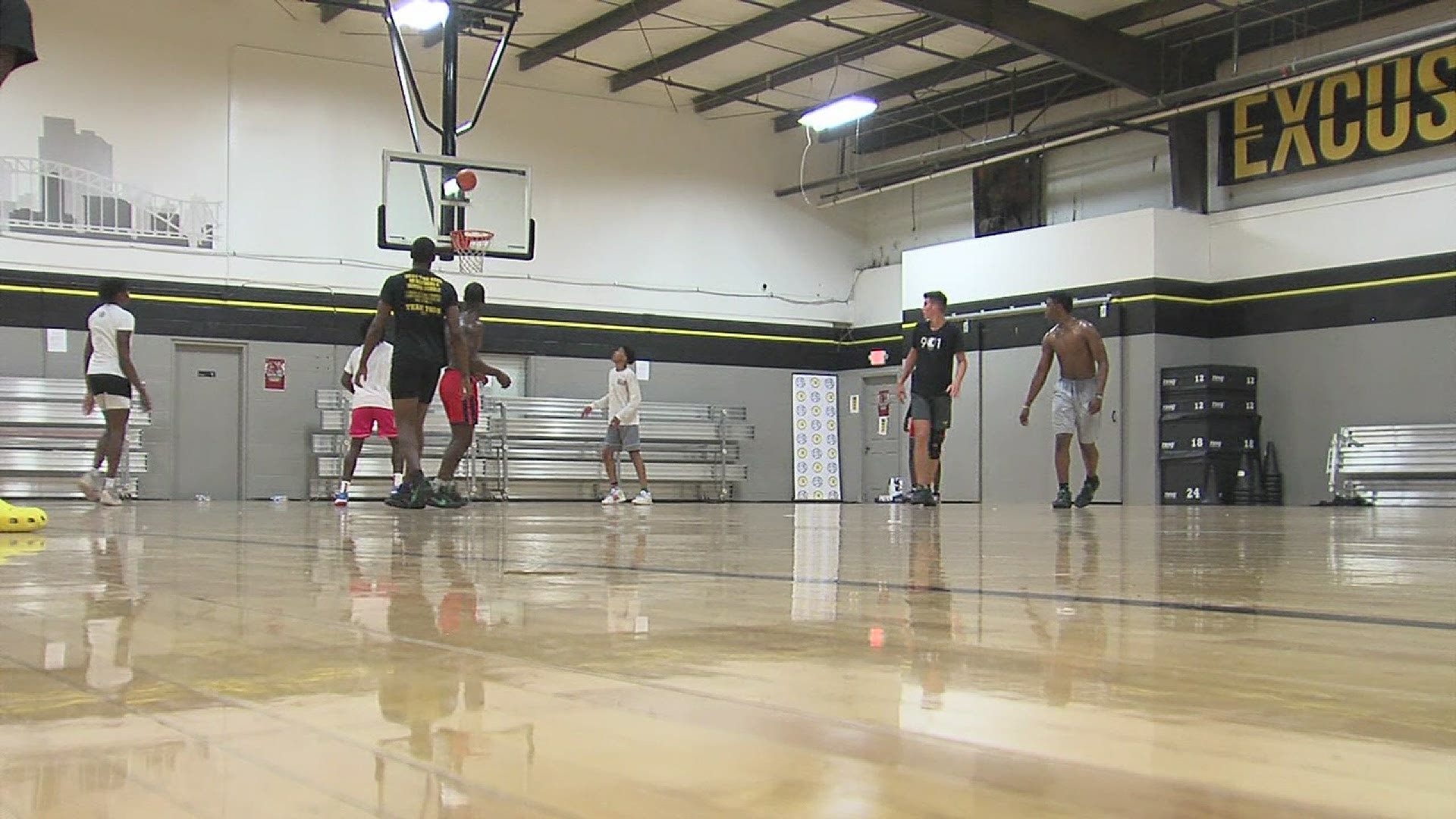 MEMPHIS, Tenn. — Inside the Team Thad facilities, major Div. I offers are as common as a layup.

Alabama, Arizona State, Florida, Indiana, Memphis, Tennessee, and Texas are just some of the dozens of schools offering the players on this year's roster.

"We've got a really good collection of talent," Team Thad program director and head coach Norton Hurd IV said. "Some of them might not be as heard of as last year's group, but I think they're going to show that they deserve to be where they are."

The AAU squad announced a major upgrade from the Under Armour circuit to Nike in September of 2019. But Nike's Elite Youth Basketball League did not play last season because of the pandemic.

"So coming into this year, we were very excited," Hurd said. "And to even get an opportunity to get it out of the way and compete and give the kids the opportunity they deserve, that's an awesome feeling."

The team sports talent from all over the country, like 2022 four-star Jalen Hood-Schifino.

"We've got a lot of talent in here, but we still feel like we're doubted," Hurd said. "And we like it, we like taking the underdog road. As much talent as we have, in AAU a lot of people have talent, so we're ready to get after it."