Goodman doubled as a catcher and top hitter for the University of Memphis. Now, the homerun record holder for the Tigers is headed to the pros. 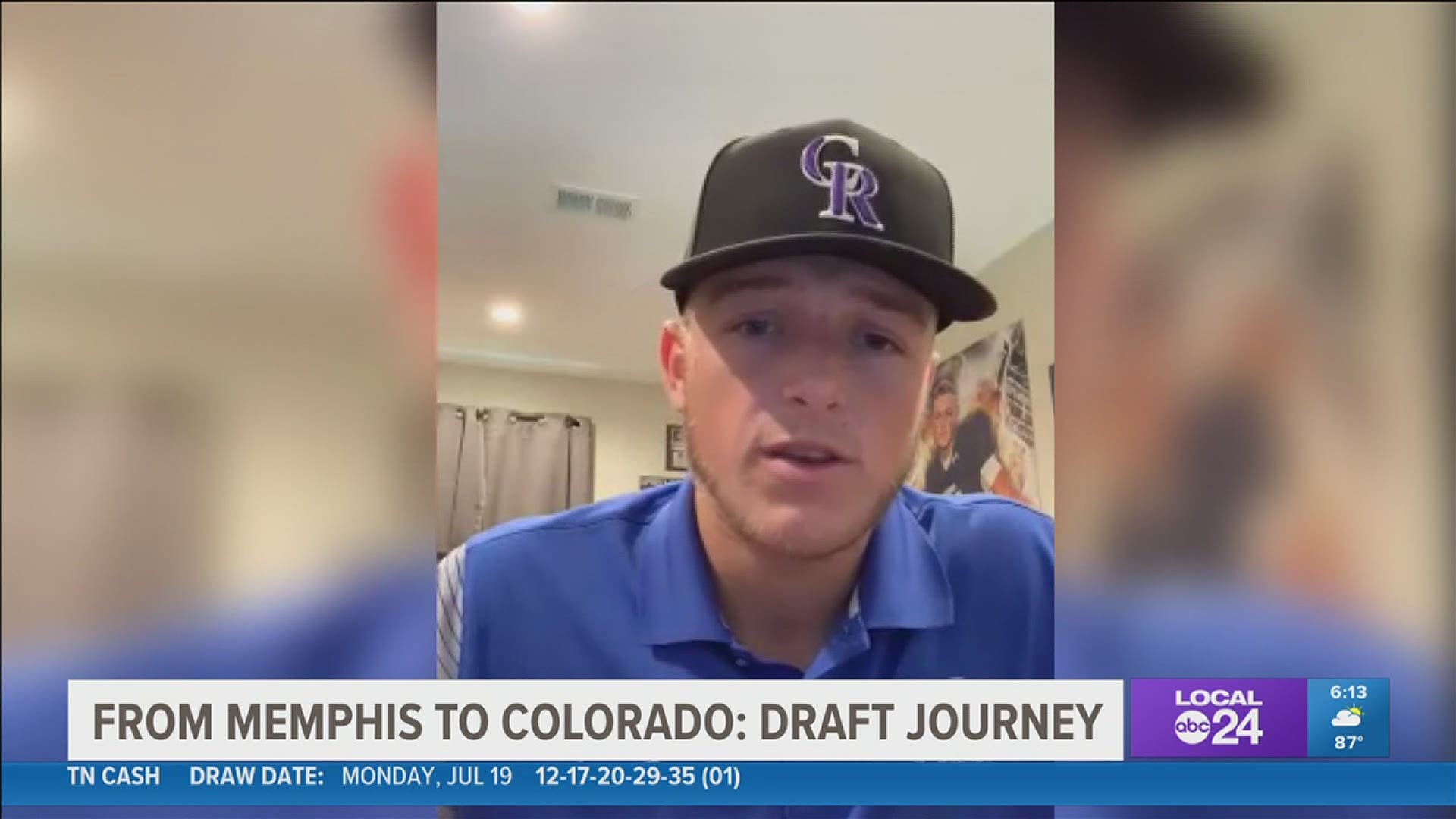 MEMPHIS, Tenn — Hunter Goodman is officially the University of Memphis’ second position player to be drafted in the first four rounds in the last four Major League Baseball drafts. Goodman was drafted by the Colorado Rockies on Monday, July 12.

“It doesn’t matter where you go to school, if you play well enough and do all the stuff that you need to do, then you have a chance to be drafted,” said Goodman.

However, from now on, the Arlington native’s presence at the U of M always will matter. Only a sophomore, Hunter’s 21 home runs in the 2020-2021 season broke the school's record set in the 1980s. Goodman finished his time with the Tigers with a total of 42 home runs.

With the 109th pick in the 4th round, the @Rockies drafted Hunter Goodman!#GoTigersGo | #MLBDraft pic.twitter.com/7jr0lJGMTK

“I think I was like six or seven years old when I hit my first home run over the fence,” said Goodman.

That’s the moment Hunter said he fell in love with baseball, hoping to one day be in the very position he’s in now.

“It’s pretty cool to have a record and your name to be in the history books I guess you could say,” Hunter explained.

For Memphis, Hunter played on both sides of the ball, but even as a skilled slugger it was his defensive catching that landed him in the pros. Hunter was drafted as a catcher for the Rockies. With the draft behind him now, Goodman’s got his sights set on the majors.

“I mean, my ultimate goal is to make it up to the MLB, not just to get drafted. I’ve worked hard up to this point and this happened, so just to keep working and there’s always a possibility of everything working together for you,” said Goodman.

He said he's excited to join the Rockies organization and feels they have just the personnel he needs to continue to get better.