On Sunday, the Vols scored the most runs ever in a Super Regional win against LSU. UT advances to the College World Series for the first time since 2005. 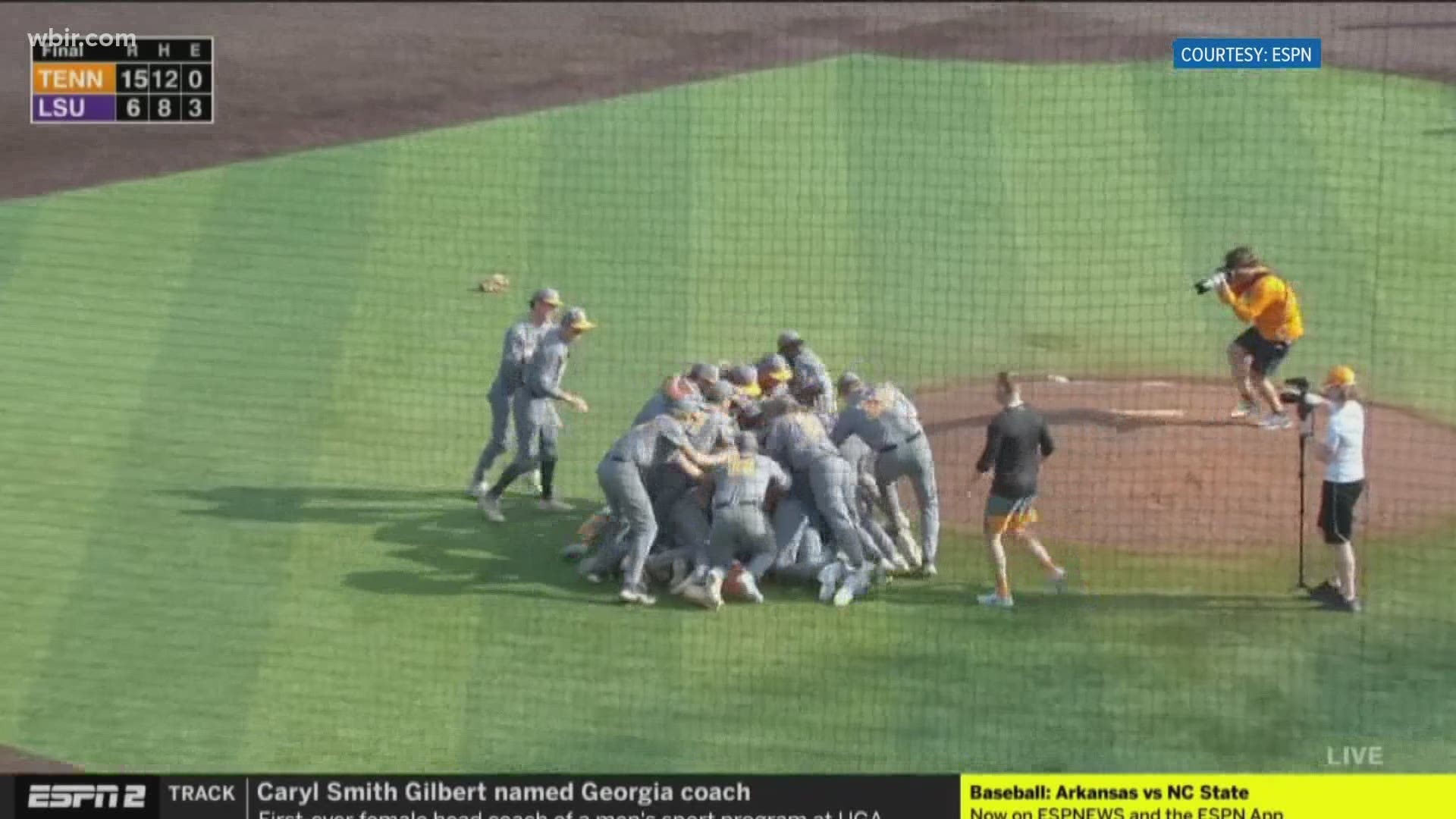 KNOXVILLE, Tenn. — MONDAY UPDATE: Tennessee will play Virginia in its first game in Omaha at the College World Series.

The series starts Saturday. The Vols will play Virginia on Sunday, June 20 at 2 p.m. (EST) on ESPN2.

Virginia advanced to the World Series on Monday after beating Dallas Baptist 5-2. Saturday marks the beginning of series rounds.

Virginia won the college title in 2015.

Tennessee beat LSU on Sunday 15-6 to advance to its first World Series since 2005.

In the first inning, Jake Rucker hit a two-run homer. It was his eighth of the season and set expectations for the game high. He delivered on them in the top of the third, hitting his second homer of the game and the ninth of the season. It is the first multi-homerun game of his career.

At the top of the fourth inning, Connor Pavolony hit a two-run homer to the Vols a 5-2 lead against LSU.

The hits just kept coming from there as the Vols earned a spot in the College World Series. The historic first Knoxville Super Regional also came to end with a new record for the Vols — the team's most runs ever in a Super Regional, according to officials.

The College World Series will kick off on Saturday in Omaha. The teams who earn a spot in the finals will play June 28, before the final championship game either June 29 or June 30.

It will be the first College World Series that Tennessee has been in since 2005.

T9 | RBI double for Pavolony and we've now score our most runs ever in a Super Regional game!