"I had something to prove": Ashley Shields fought through adversity becoming one of the best women's basketball players from Memphis.

Ashley Shields proved doubters wrong when she fought through adversity to become one of the most decorated basketball players from Memphis. 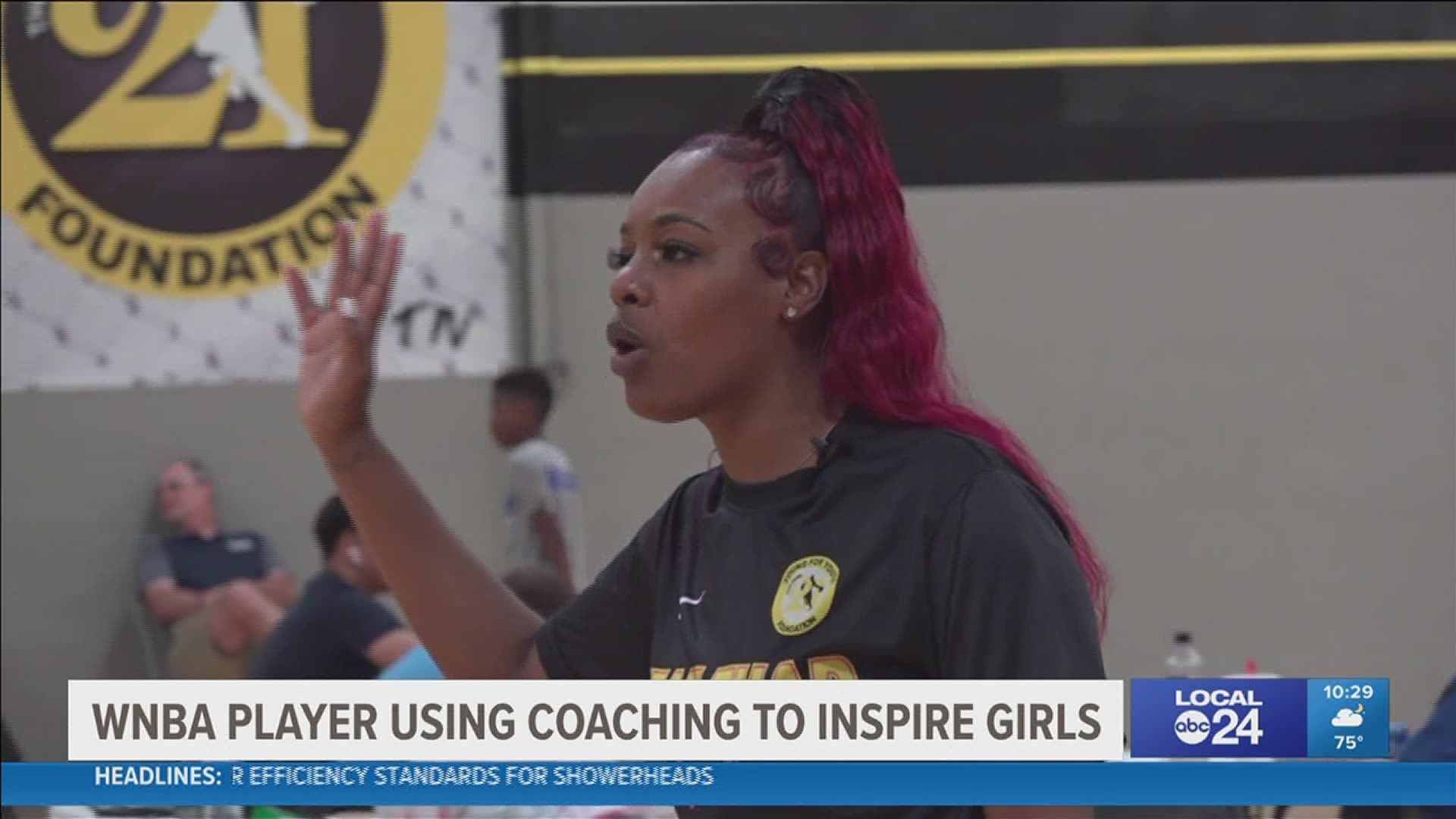 MEMPHIS, Tenn. — Ashley Shields is one of the most popular names in Memphis women’s basketball, but she didn't start out playing the sport.

“I was a cheerleader at first, my mind wasn’t even on basketball,” said Ashley.

However, surrounded by basketball, she decided to give it a try.

In middle school, Ashley averaged about 40 points a game. She also started as a freshman in high school with a talented Hamilton high team, later becoming a city-wide standout at Melrose, catching the eye of the former head coach of the Memphis Tigers Joye Lee-McNelis.

“She recruited me highly out of high school,” said Shields.

However, soon after she signed with Memphis, she realized she had to make a crucial decision.

“How am I going to tell this lady that I’m pregnant,” said Ashley.

Pregnancy forced Ashley to give basketball a break, one she said many thought she would never come back from.

“Everybody was like she’s done, but I still had something to prove,” Ashley explained.

“I’m from Orange Mound, where you’re going to make it, or you’re not,” Ashley explained.

Shields had a breakout season, breaking the junior college record, scoring 69 points in one game.

“Having great performances made one of the coaches with the WNBA come out and see me,” said Shields.

Ashley Shields became the first woman in history to be drafted from a junior college.

“I had somebody to fight for, play for, and make it for. That was my son,” she said.

Two years into her WNBA career, the Houston Comets traded Shields to the Detroit Shock, and she soon became a WNBA champion. Now, Ashley is back home in Memphis, using her story to teach young players the game.

“This is a different generation, the young ladies need our voice,” said Shields.

A WNBA champion is joining the Tiger family! Ashley Shields has been named as the new head coach of the Lady Tigers Basketball team. Her track record as a player and coach is 💯! Read more about her here: https://t.co/amZRD7V8eR.

Ashley is the girls head coach at Arlington high, a Team Thad coach, and a boys team coach under her brand Real Deal.

Using the knowledge given to her from her former coaches and family, she feels her purpose is to give Memphis youth that same guidance.