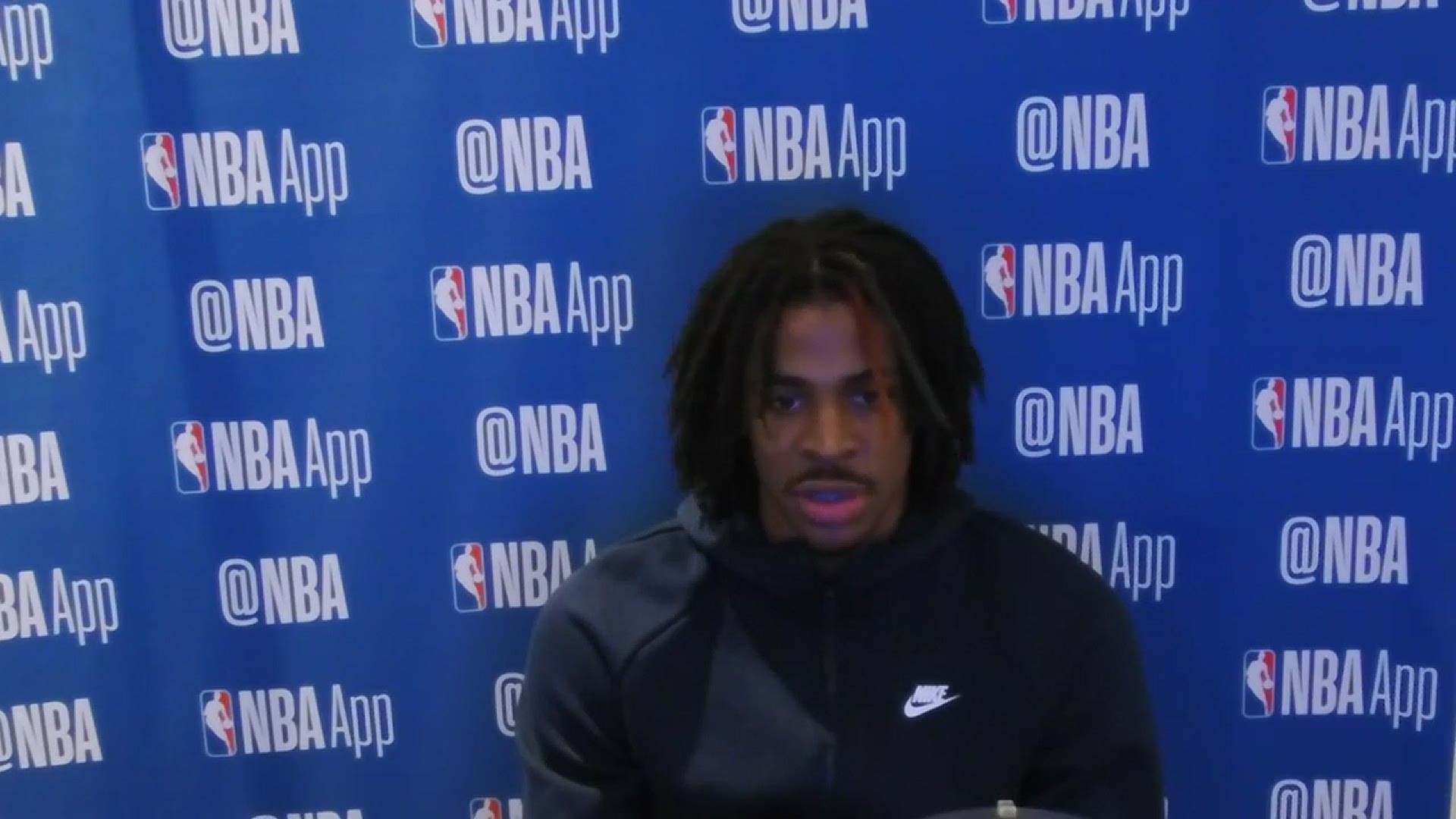 MEMPHIS, Tenn. — Once again, this young Grizzlies squad rose to the occasion.

When the Jazz talked trash, they talked right back. When their 17-point fourth quarter lead dwindled to just three in the final minute, Memphis—a team that featured seven players making their playoff debut Sunday—dug deep.

After strategically fouling Bojan Bogdanovic, who sank both free throws, a well-executed out of bounds play and a Dillon Brooks layup re-established the three-point edge. The final breath of the Western Conference's No. 1 seed came in the form of a Bogdanovic missed 29-footer.

Memphis stole one in Utah, defeating the Jazz 112-109 in Game One of their first-round playoff series.

"Being able to come out and get a win on the road in the first game in that environment is big-time for us," Ja Morant said.

Memphis is playing like much more than a play-in team right now.

The Grizzlies came out flat offensively, starting the night 0-for-8 from three and shooting under 30% for much of the first half. A trio of Jordan Clarkson free throws made it 34-21 Utah at the 7:53 mark in the second quarter. Ten first half turnovers prevented the Jazz from expanding the lead further.

Less than a minute later, Kyle Anderson took a hard foul from Royce O'Neale, eventually prompting a heated exchange in front of the Jazz bench between Anderson and Donovan Mitchell, a late scratch for Game One as he continues nursing a sprained ankle.

"I didn't take it personal or anything," Anderson said. "I'm from Jersey, so it's nothing to me."

It clearly was something for the Grizzlies. After the war of words, Memphis closed the first half on a 28-9 run to take a 49-43 lead into the locker room.

Dillon Brooks not only pestered Utah, but pummeled them on both sides of the floor, scoring 31 points on 13-of-26 shooting, while continuing to serve as a crucial disruptor. Brooks becomes just the seventh player in the last 10 postseasons to score 30+ points in their playoff debut.

Morant used the term "assassin" to describe him. Taylor Jenkins echoed those sentiments.

Ja Morant responded with 10 points on 5-of-7 shooting over the final five minutes and 31 seconds of the game, helping Memphis seal the victory. He finished the night with 26 points on 11-of-21 shooting.

"I have all the confidence in myself, I'm not afraid of nobody," Morant said when asked about his ability to lift his team in key moments. "Anyone I play against ties their shoes the same way I do before the game."

The Grizzlies have now won eight of their last nine games, the last three coming in final-minute victories in play-ins, and now a playoff game. After taking the hard road to the playoffs, the confidence of the Next Gen Grizz is at an all-time high.

gotta beat the odds, i'm trying to blend in 🥷🏽

"We just want to handle business at this point," Anderson said. "Who cares about the respect people give us or blah, blah, blah. We just have a goal that we're trying to obtain right now."