A car accident paralyzed for Memphis wide receiver, not even a year later he is walking again. 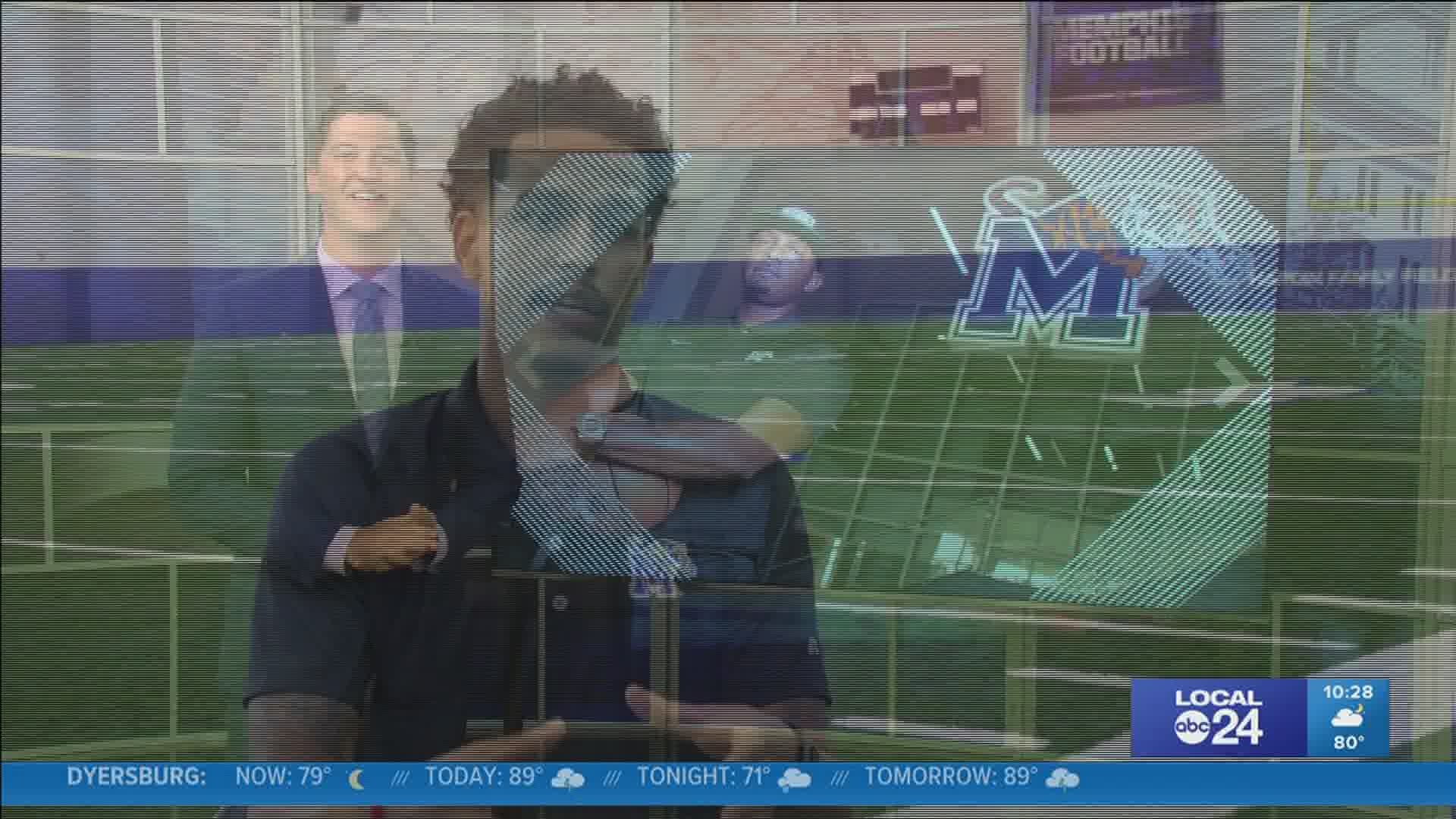 MEMPHIS, Tenn. — At the Liberty Bowl, it was Joe Craig Jr.'s speed that made him a threat as a University of Memphis wide receiver.

However, what he didn't realize, in the next few years, he would go from one of the fastest on the field to learning how to walk again.

"Being honest, I had already had in my mind, it was either this, get up and try your best to get up and walk to do what you want to do or I'm killing myself," said Joe.

He won his last game as a Memphis Tiger in the memorable Miami Beach Bowl of 2014.

After failing to get a spot on the Cincinnati Bengals, Joe would get an opportunity to continue playing football in the CFL.

"Coming from a kid that couldn't leave the yard and watch all the other kids in the neighborhood play football, to going all the way to Canada to play a sport that I love, it was something to come true," said Joe.

It was a dream that turned into reality. Joe played professionally in the CFL for two years.

Joe added, "It wasn't more so about being a professional football player, it was like I beat the odds."

But 2020 would bring greater odds.

His grandmother, who raised him, died in June.

While attending her funeral, he contracted covid 19, and then he was fired from his job.

Just two months later, in August, Joe was on his way home one night.

A driver ran a red light and crashed into him.

This made an already difficult year, harder than he ever imagined.

"I remember waking up in the hospital, you know the scenes where they blindly open the film up and the only thing you can see is the light above the bed and that's how I opened my eyes and that's what I saw," Joe explained.

Doctors informed him that he had severed his spine, broke his neck in two places, his arm sternum, and ultimately…

Filled with disbelief, he went into shock.

Joe added, "The nurse pulled a wheelchair into my room and told me that I need to get used to this for the rest of my life. I wanted to make sure, she was wrong."

That's when the resilience football and family taught him kicked in.

"It was like God was saying to me that if you don't want to come to me to handle your problems, ok if you're not going to sit down and get the answers from I'll make me," Joe told WATN.

He said self-reflection allowed him to drop his pride and attend therapy.

Not even a year later, he's walking again. And mentally, he's also in a better place.

"You have to love yourself before anything," he said.