"You don't want to start out on top, you want to end on top": Cameron Payne's father and former coach reflect on his journey to the NBA finals

Tony Payne and Cameron Payne's former coach reflect on Cameron's ability to push through adversity in his basketball career. 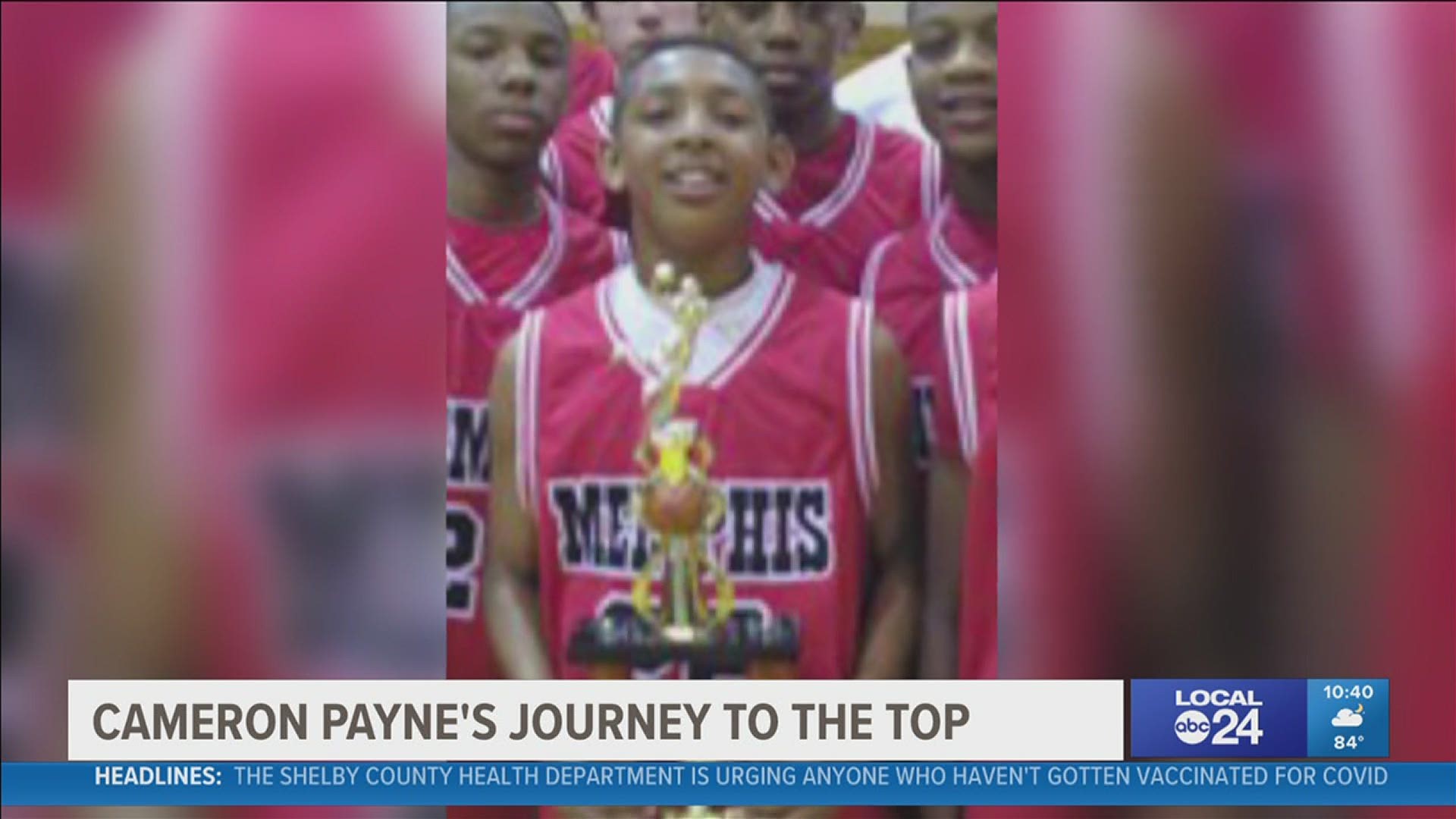 MEMPHIS, Tenn — Cameron Payne started out playing basketball at a young age, with his dad, Tony Payne, as his coach.

“I think that ballplayers are a sum of everybody they touch,” said Coach Payne.

At the age of seven, Payne and his dad were introduced to one of Memphis’ most popular trainers and coaches, Frank Harris.

Harris's goal was not to make Cam or any other player an NBA star but instead, “To use basketball as a disguise to witness the kids, to make them become better young men,” said Harris.

With the same goal in mind, Coach Payne and Coach Frank teamed up coaching Cam under the War Eagle organization.

Cam was often the smallest player, his dad made sure he held his own.

“Being in that role as coach at the time, I always teach him to be tough,” said Coach Payne.

Toughness, a lesson he needed throughout his career. Cam was often overlooked as a player, but Harris says that never stopped him.

But even with his intense competitive spirit, Cameron wasn’t highly recruited out of high school.

And even as the 14th pick in the NBA draft lottery, later found himself playing overseas.

But his dad says Cam never worried or doubted himself.

“I had a coach tell me this one day, he said you watch that young player you’re going to see a whole lot of the same things when they get older,” said Payne.

“I can even see the same Cameron in the finals when somebody on the other bench will say something to him. He’ll look at them like that’s the Cameron I know, he not gone back down from nobody,” Harris added.

Now, Cameron is a key player for the 2021 Western Conference Champion, the Phoenix suns.

“Never would I take all that credit, because like I said, trust me I was there, but I had a whole lot of people come by and water that grass,” said Payne.

Cameron proved that “You don’t want to start on top you want to end up on top and Cameron is the testimonies of all testimonies,” says Harris.

And with only a potential 5 games standing in the way of being an NBA champ, both coaches feel it’s a dream come true.