Cameron Payne on how a trip home to Memphis, training with Shabazz Fitness, helped him reach NBA Finals

He started 2020 by playing in China, now the Bartlett native is four wins away from an NBA Championship 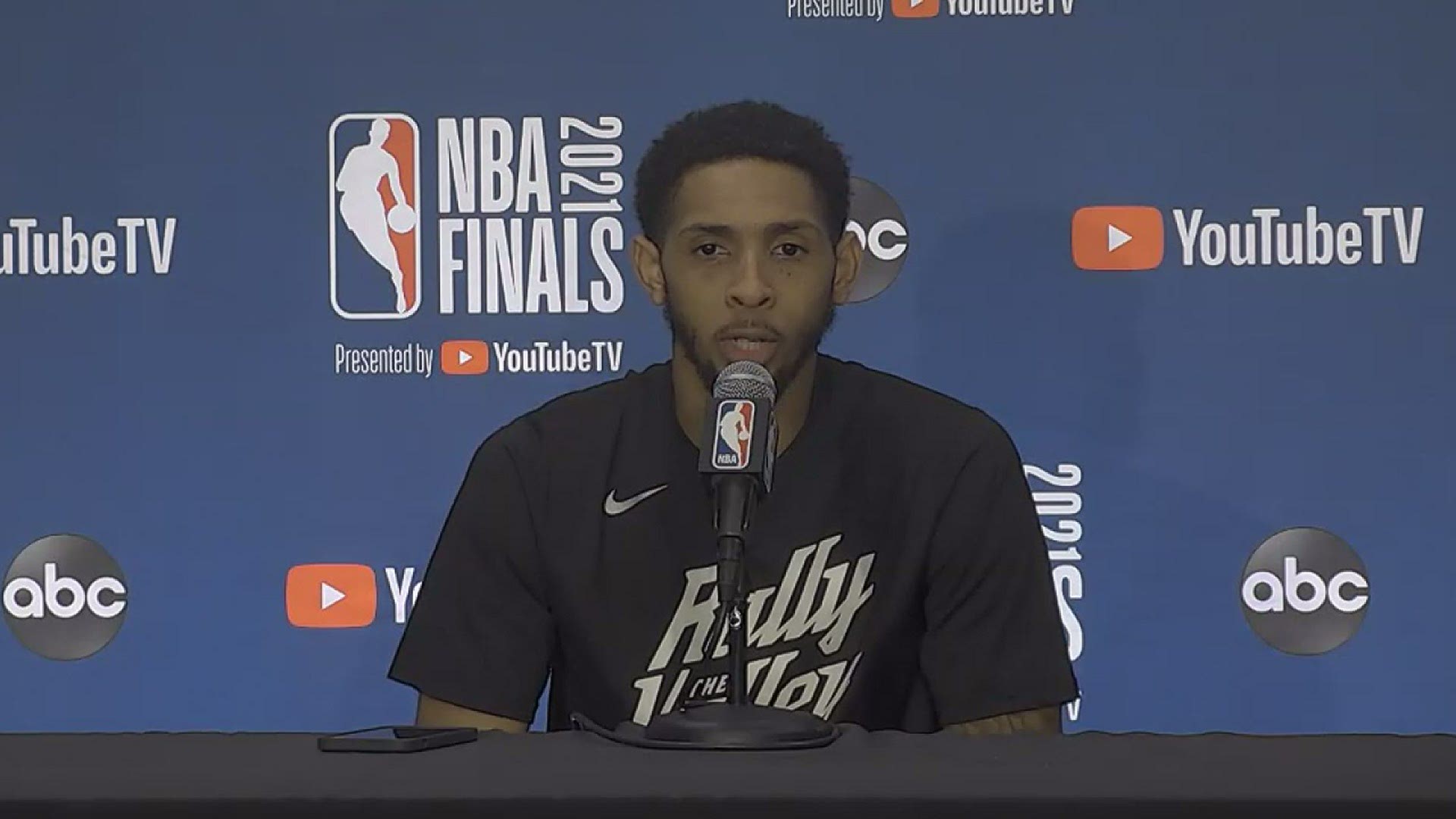 MEMPHIS, Tenn. — There are no shortage of storylines headed into this year's NBA Finals.

Will Giannis Antetokounmpo be available for Game One on Tuesday night?

But here in Memphis, it is all about Suns guard Cameron Payne. The Bartlett native began last calendar year playing in China. Now he is just four wins away from a championship.

The former first-round pick spent the last four years battling injuries while bouncing between the G-League and the NBA. This year, he has been the perfect next man up for Phoenix, filling in for Chris Paul as the 36-year-old battled a shoulder injury in the first round, and weathered a positive COVID-19 test before the Western Conference Finals.

At Monday's media day news conference, Payne said a trip home to Memphis, and a return to training with Raheem Shabazz CSCS of Shabazz Fitness, helped get his career back on track.

"I went home, I went back to try to get that Memphis 'oomph' back in my game," Payne said, curling his lip. "Because I kind of veered away from it. So I did a lot of time at the crib working out. And I mean, that Grit-n-Grind, the Grizzlies have that same little saying, but it's really just a Memphis thing. We have to grind for everything we get. There's a lot of players that have come through, and some people don't want to see the grind going. But sometimes the grind keeps you on top of things."